The Real Crisis the Media Ignores

The deadline to pass a continuing resolution ( which is not a “budget,” although some in the media keep calling it that) is required by the fact that the federal government is nearly $17 trillion in debt, and Democrats don’t want to do anything about that problem. The government is spending more money than it takes in, and this addiction to deficit spending — about $1.86 billion a day — is the underlying reality that the media don’t want you to think about. To put this into perspective, I stated three basic facts on Twitter: 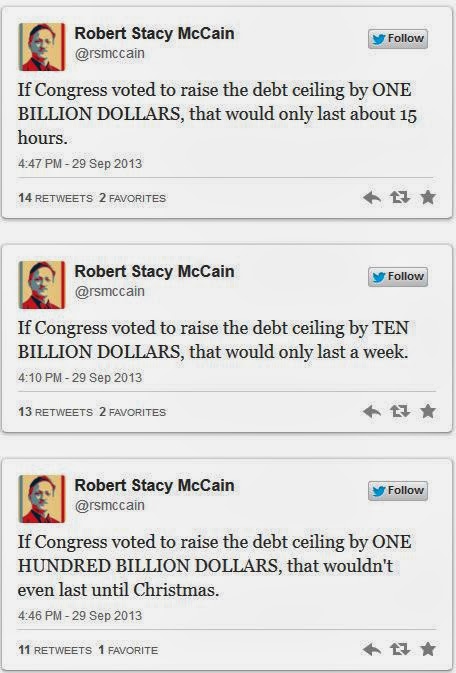 The numbers are staggering when you actually lay them out. Something that can't go on forever, won't, but the longer it goes on, the harder the bump at the end.
Posted by Fritz at 8:28 AM