So Much for My "Modest Proposal"

Last week  or so, I proposed, due to the popular demand, that the Washington Redskins be renamed after a ferocious beast common to the region, the Raccoon.

It turns out, shockingly, that there really is no burning demand for the Redskins to change their name after all:


They convinced the country that there’s an unwritten right to abortion in the Constitution, but somehow the fight over “Redskins” is over? The fight has just begun. 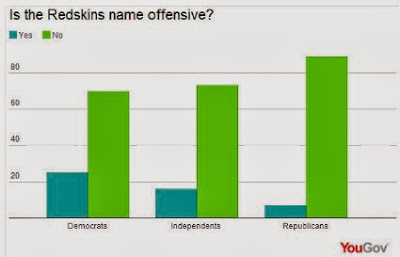 Per the crosstabs, that 70 percent of Democrats who say “Redskins” isn’t offensive is comprised of 49 percent who say it’s definitely not offensive versus 21 percent who say it’s “probably not.” Democrats are also one of only two demographic groups (postgraduates are the other) that reach double digits — 13 percent — who say the name’s “definitely” offensive. Hmmmm. Room to grow?

This, of course, does not mean the fight is over.  The fight is between the media and the people who don't want to change (i.e. conservatives by definition), and the media will not willingly publicize such statistics, and will continue to portray those who hold such views as racists, unenlightened rednecks and trailer trash, as they have with similar statistics in the past with gay marriage, abortion, and gun rights.  And they've have all but won on gay marriage.  The strategy works.

So I'll keep my suggestion in reserve.  In the meantime... 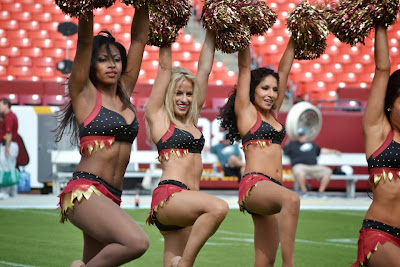 Wombat-socho was on schedule with "Rule 5 Sunday - Stardancer."
Posted by Fritz at 6:32 PM