A double Monkey Dacker post.  First, a baboon being interviewed by a cute reporter for the Lodi Grape Festival cops a feel on camera:

So what happens when primates become sex offenders?  They get sent to sent to sex therapy:


A gregarious male gorilla at the Dallas Zoo will be sent to South Carolina for therapy after he bit one female gorilla and sneered at others, zoo officials said on Monday.

Patrick, a 430-pound Western lowland gorilla, will be moving to the Riverbanks Zoo and Gardens in Columbia, South Carolina, where he will live the bachelor life in his own digs.

The South Carolina zoo is known for working with gorillas with behavior problems.

Dallas Zoo officials said Patrick gets along fine with humans but not with other gorillas.

They said they have tried repeatedly to socialize him with the other gorillas, particularly the females, in the hopes that he might get along and even breed. Instead, he bit one female and sneered and nipped at others.

"It's not like we haven't tried, he's been here for 18 years" said Laurie Holloway, a spokeswoman for the Dallas Zoo. 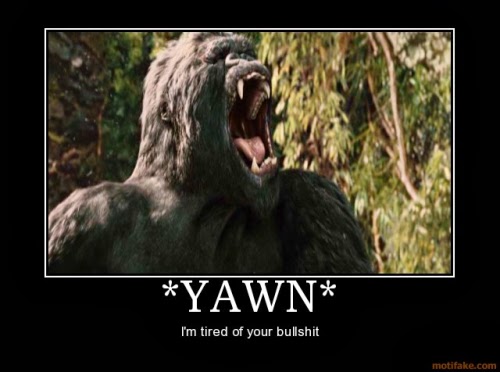 Wombat-socho was on schedule with "Rule 5 Sunday - Stardancer."
Posted by Fritz at 6:00 AM