Do You Have to be Brain Damaged to Oppose Fracking?


Probably not, but it certainly helps:

'I was terrified to reveal my autism': Daryl Hannah opens up about her struggle to manage her disorder in Hollywood


Daryl Hannah has revealed that she was diagnosed with Autism as a child and struggled 'debilitating shyness' as a result of the disorder.

Now 52, Hannah - who reached the very peak of her profession through roles in smash hits like Splash, Blade Runner, Wall Street and Steel Magnolias - is able to quietly manage her symptoms.

But as she rose through the Hollywood hierarchy it was a different story altogether.

'I’ve never been comfortable being the center of attention,' the stunning blonde - who dated John Kennedy Jnr. - star told People. 'It’s always freaked me out.'

So the Kennedy's like their women retarded too? That figures.

Shyness seems to be the least of her issues now (NSFW links). 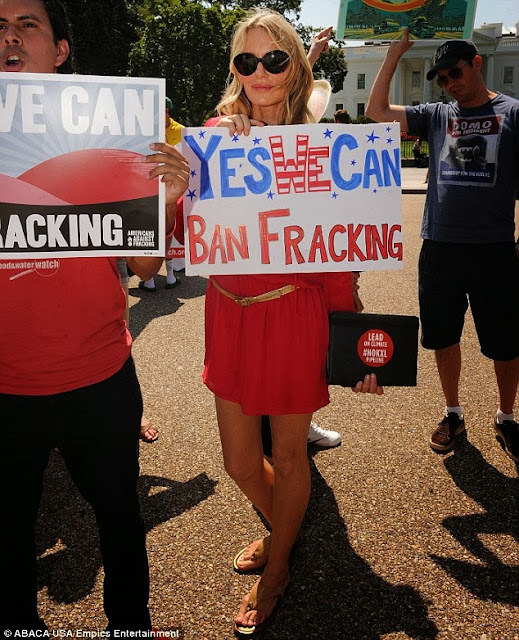 Ripped from today's "Live at Five Eight"  at the Other McCain. Wombat-socho was on schedule with "Rule 5 Sunday - Stardancer."