The Costa Concordia, the cruise ship that ran aground on Giglio Island off Tuscany, Italy, after the Captain took it in too close to a reef to show off,  was righted and refloated yesterday. The time lapse video of the process is quite amazing. That's a lot of steel being moved:

The Captain is still expected to be tried on manslaughter and other charges relating to the wreck, which resulted in the deaths of 32 crew and passengers.  The ship will be scrapped, likely in spring, after it is searched for the remains of 2 missing, and any other evidence. 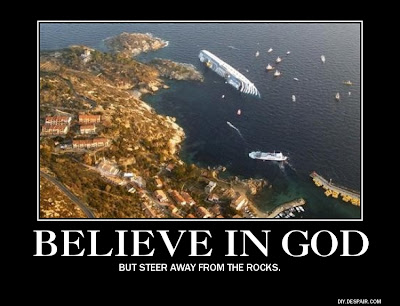