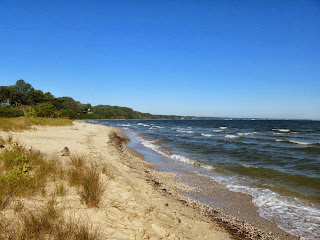 Another cool, blustery September day at the beach.  It was only 53 when I left the house, but the sun warmed the day up quickly. 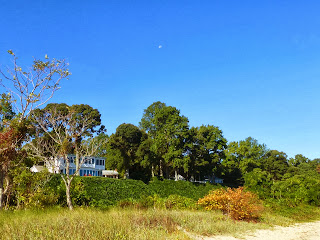 The moon was up over the trees and houses over the cliffs.  No pictures, but I did see at least one Osprey today, carrying a fish around, so Joel still has a chance to beat the last stragglers south. 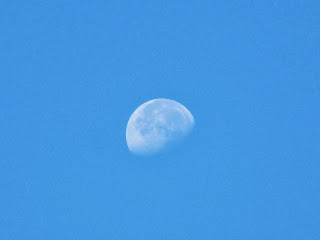 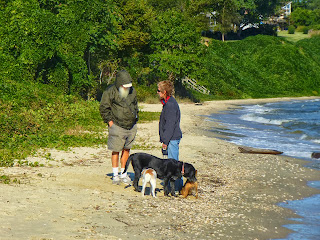 I caught up with Joel as he was giving a lecture on dog training to a horse judge.  The dogs seem to be getting along well. 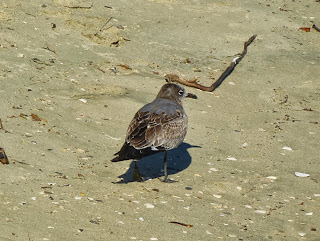 We ran into this gull who seemed strangely reluctant to get out of our way.  It could fly, but wouldn't until you were right up on it.  Sick or injured?  We were just happy when Red declined to retrieve it. 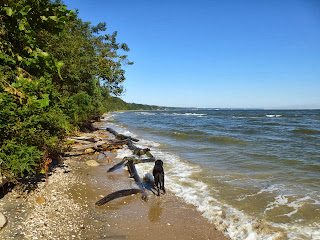 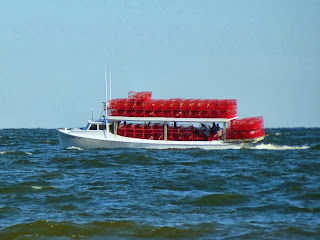 A crab boat, the Lucky IV, squirreling around in shallow water.  It wasn't clear to me what he was doing, circling and maneuvering, but neither setting or retrieving any crab pots.
Posted by Fritz at 4:45 PM