The Roots of 'Roar'

If you've been living under a rock, or are even older than I am (or, likely both) you may not be aware that Katy Perry has a new pop video, called, simply, 'Roar.'  If so, here it is. 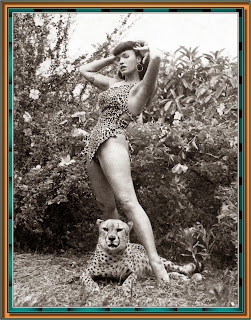 When I first saw this something seemed familiar.  It sat around in my brain a few days, and then I realized that in this video, Katy Perry was playing the part of Betty Page playing the 'Jungle Girl.'


Bettie Mae Page (April 22, 1923 – December 11, 2008) was an American model who pin-up photos. Often referred to as the "Queen of Pinups", her jet black hair, blue eyes, and trademark bangs have influenced artists for generations became famous in the 1950s for her for her pin-up photos.

Page was "Miss January 1955", (NSFW link) one of the earliest Playmates of the Month for Playboy magazine. "I think that she was a remarkable lady, an iconic figure in pop culture who influenced sexuality, taste in fashion, someone who had a tremendous impact on our society," Playboy founder Hugh Hefner told the Associated Press. 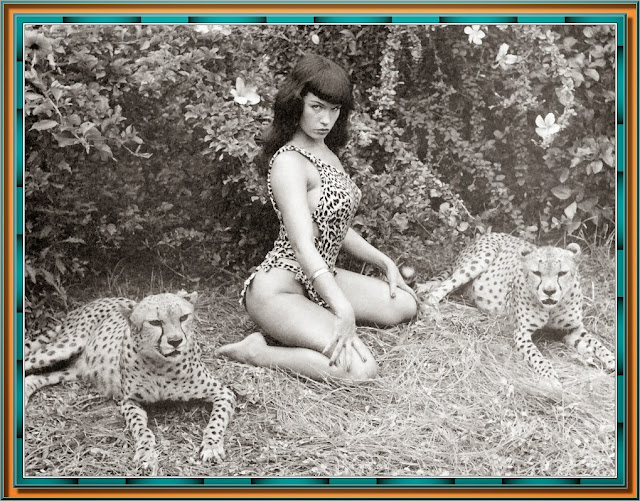 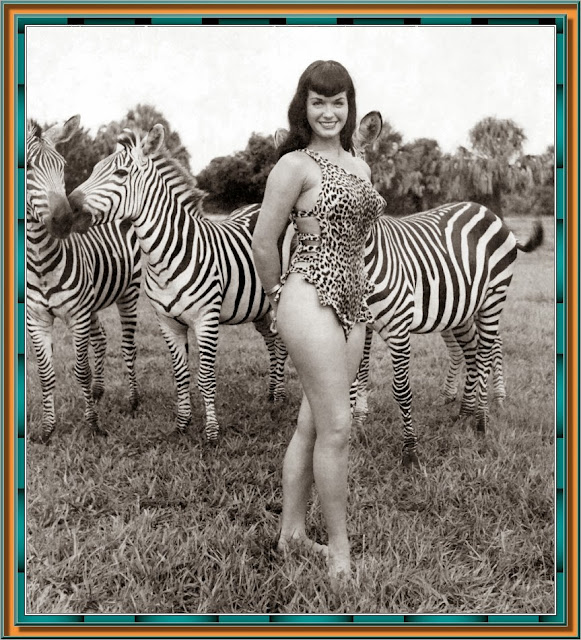 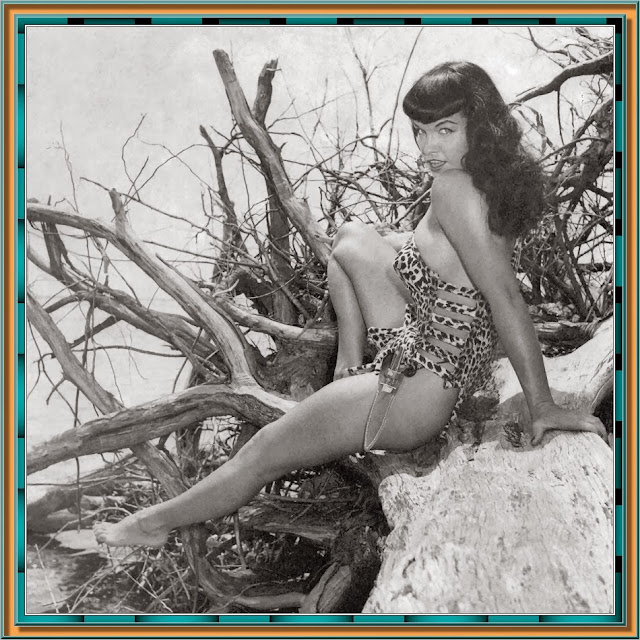 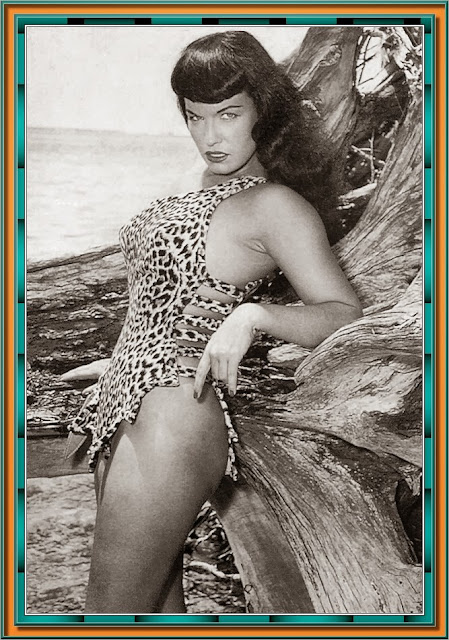 She even spawned a minor movement of comic and other artists redrawing her classic poses... 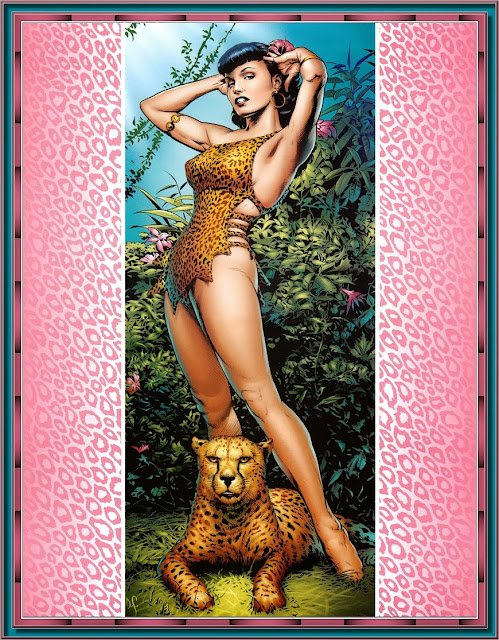 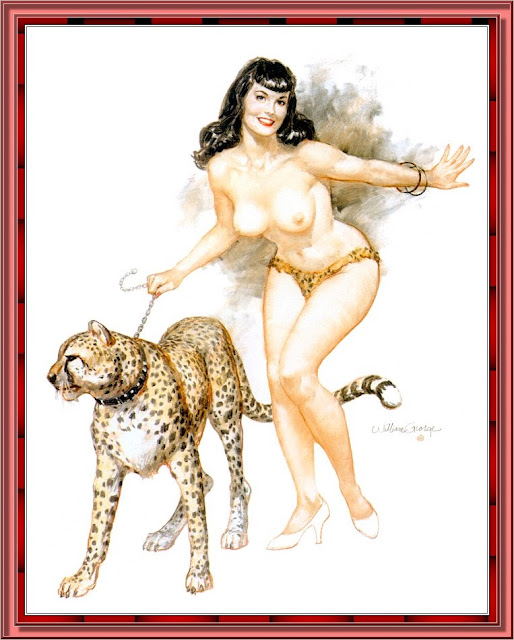 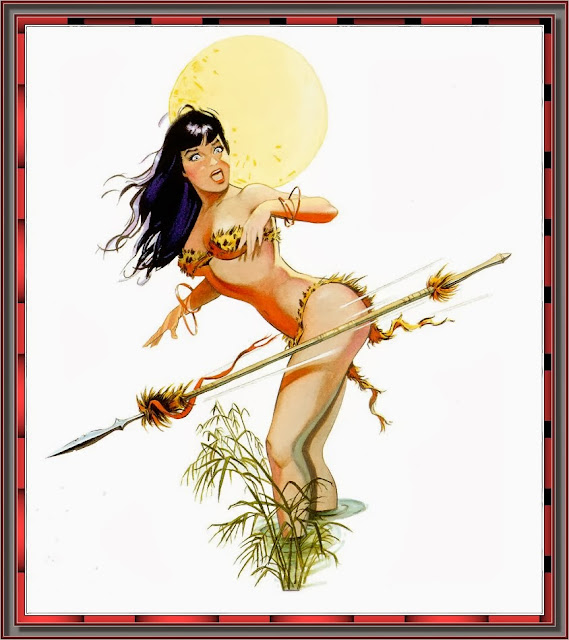 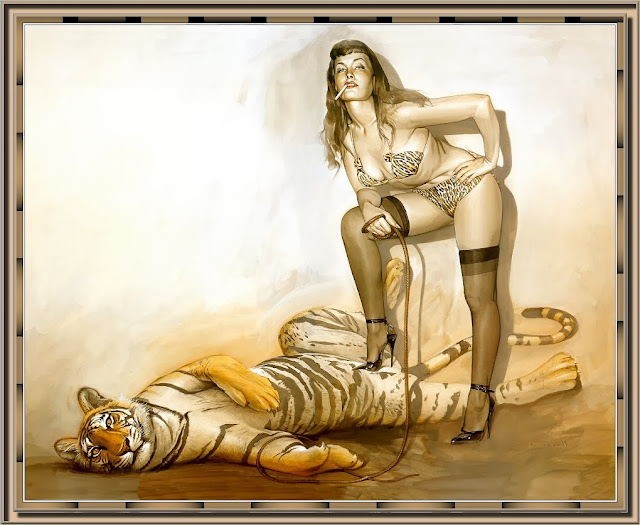 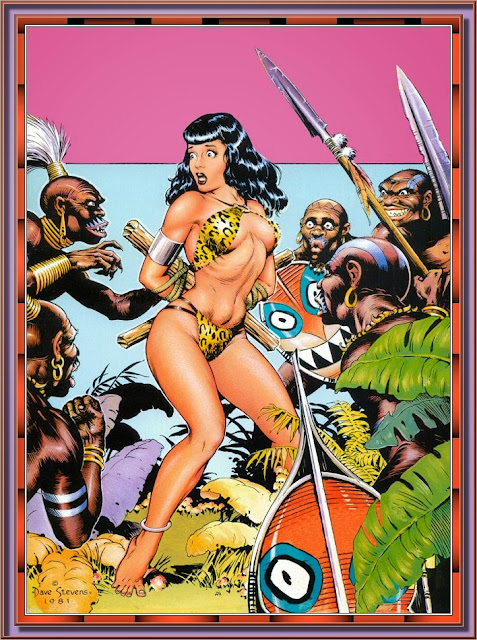 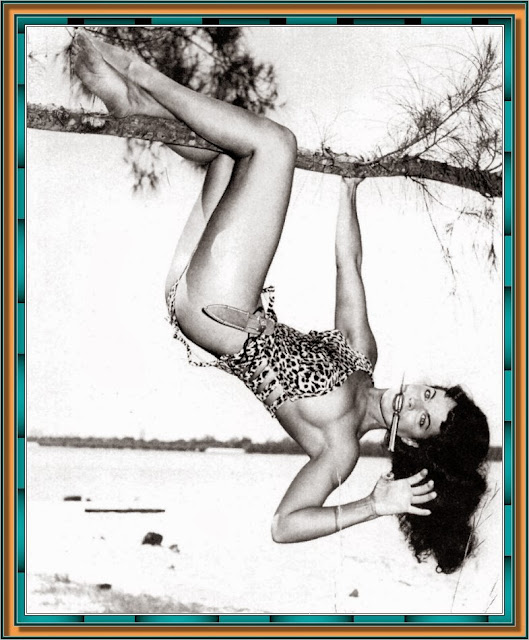 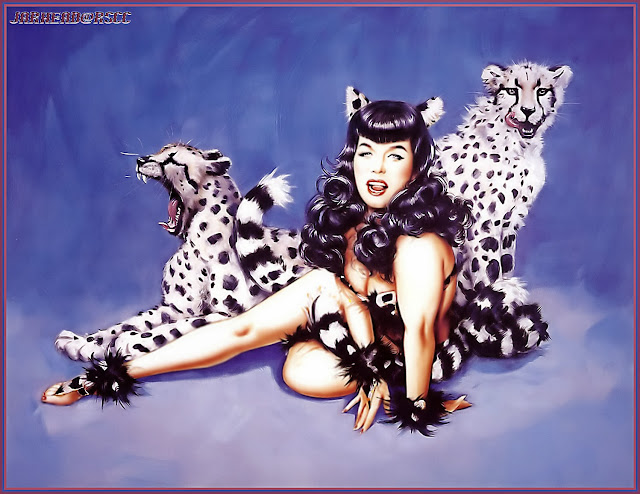 Linked by The Classic Liberal in "Going the [Rule 5] Distance."  Wombat-socho was on schedule with "Rule 5 Sunday - Stardancer."
Posted by Fritz at 6:00 AM