Two Days at the Beach 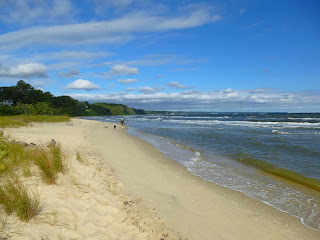 I'm going to combine a couple of days worth of beach reports here, things are just going along slowly.  Tuesday we woke up to a definite Fall chill, temperatures struggling to make the 50 F mark, and a stiff north wind.  Still, it was a pretty day. 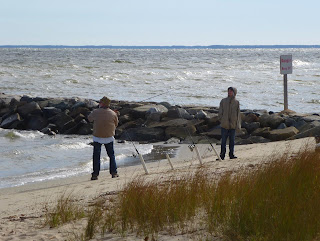 A father/son surf fishing team trying their luck near the north jetty. 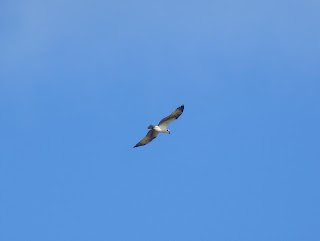 Ospreys still patrolled the skies (along with their bullies, the eagles). 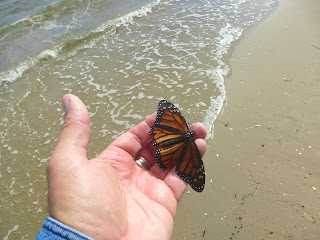 A Monarch who fell, on it's way south? 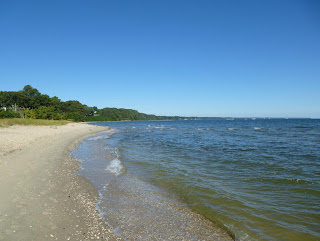 This morning, Wednesday, the temperature were back to a shirt sleeve sixty, with some breeze, but not bad. 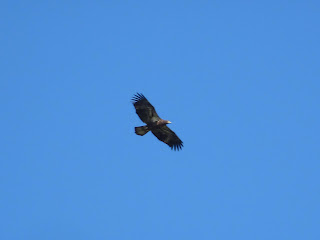 The Eagles were flying, but the Ospreys were no where to be seen.  Did yesterday's cool weather remind them that it was time to head to Florida?  Did they get ahead of Joel?

This is a third year juvenile Bald Eagle.  Soon it will have little choice but to look for a nesting area of its own.  If it's luck, it may be nearby, otherwise, it may have emigrate. 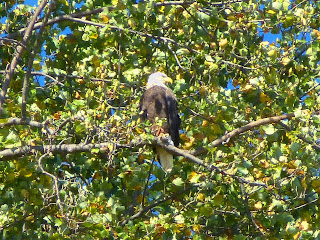 The presumptive proud papa.
Posted by Fritz at 6:06 PM