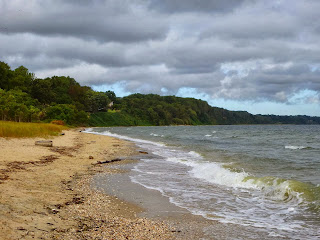 Today was another partly cloudy, somewhat breezy and rough day at the beach, with another very high tide. 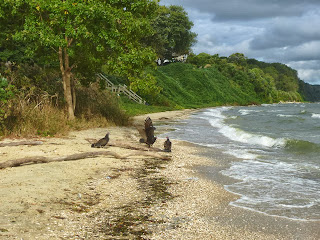 There were dead fish all over the beach, of several species, and in various states from fresh to badly decayed. The only explanation I can thing of is that someone, somewhere emptied a pound net with a lot of dead fish in it.  There were lots of Turkey Vultures hanging around as a result. 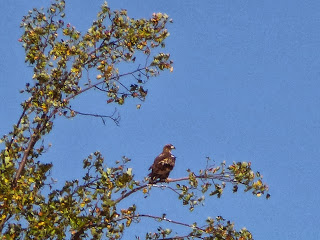 The eagles were still around.  Here's a young one hanging out in the tree tops.  No sign of the Ospreys today, though. 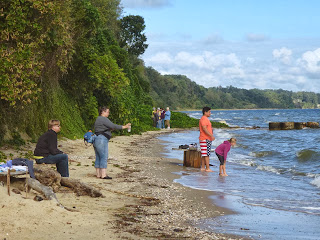 There were a surprising number of people down at the beach for a Sunday morning... 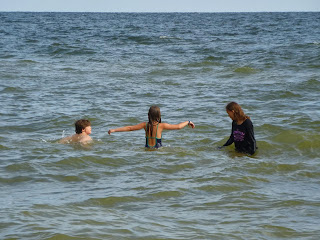 Some of them even taking advantage of the relatively warm water (still), and lack of Sea Nettles. 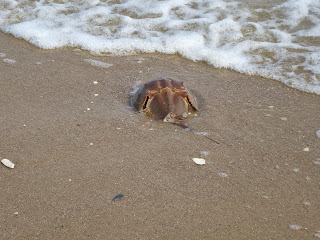 It's that time of the year when the Horseshoe Crabs shed, and leave their old shells to wash up on the beach.
Posted by Fritz at 2:34 PM