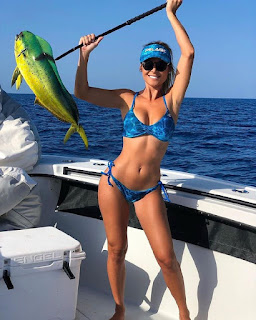 Global warming is predicted to reduce fish abundance. But when scientists studied fish vs temperature, they discovered there were more fish and larger catches during warm weather, but the frequency of fishing trips went down.

Human behavior must be factored into climate change analyses

The research, which used household surveys, temperature data and statistical models, revealed that when temperatures rise, people fish less often. At the same time, the study’s authors indirectly found that stocks of fish and other aquatic foods also rise with temperatures, leading to slightly larger catches each time peopled fished. Without careful analysis, it would appear that overall fish catches appear unchanged annually, when in fact, more nuanced dynamics are at play. 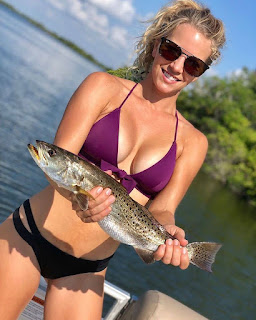 The study highlights why it’s necessary when studying changing environmental conditions to include human behavior along with ecosystem responses; both are key variables when considering how climate change affects rural livelihoods, food production and food access.
…
The researchers found time spent fishing per outing and the gear choices were not affected by temperature, but fewer people fished as temperatures rose.

They also analyzed fish catch. It turns out that, with effort holding constant, fish catch per outing went up as temperatures rose, which meant the ecosystem became a little more productive when it was warmer. The same pattern was true for other aquatic animals, like frogs or snakes, and aquatic plants. However, without factoring in effects of temperature on human behavior, it might have looked like temperature had no effect. 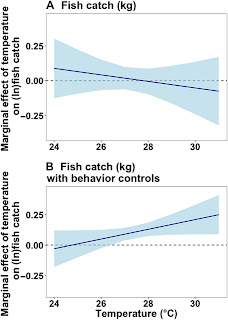 The abstract of the study;

Climate change will reshape ecological dynamics. Yet, how temperature increases alter the behavior and resource use of people reliant on natural resources remains underexplored. Consequent behavior shifts have the potential to mitigate or accelerate climate impacts on livelihoods and food security. Particularly within the small-scale inland fisheries that support approximately 10% of the global population, temperature changes likely affect both fish and fishers. To analyze how changing temperatures alter households’ fishing behavior, we examined fishing effort and fish catch in a major inland fishery. We used longitudinal observational data from households in Cambodia, which has the highest per-capita consumption of inland fish in the world. Higher temperatures caused households to reduce their participation in fishing but had limited net effects on fish catch. Incorporating human behavioral responses to changing environmental conditions will be fundamental to determining how climate change affects rural livelihoods, food production, and food access.Read more: https://advances.sciencemag.org/content/7/18/eabc7425 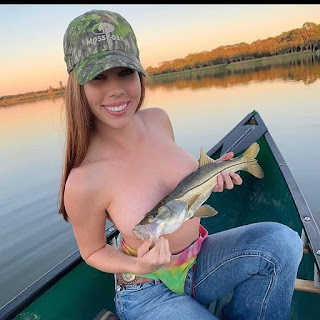 Credit to the scientists that they showed the graph on the right (see the top of the page).

There seems a lot of pressure on scientists these days to report results which match the prejudices of academia, that warm temperatures are bad news, so it would have been easy to report that the fish catch went down, a legitimate if incomplete result, and leave it at that.

Delving deeper, and reporting that fish abundance and ecosystem productivity actually rises with temperature, but the overall catch goes down because people spend more time doing other things, is pretty courageous for this day and age.

Warmth is abundance. The rate at which plants grow in a warm climate has to be seen to be believed – my mower gets a good workout when the Summer wet season rains hit my lawn. If the world ever warms 4C like alarmists keep promising, much of our planet will look like the Garden of Eden. 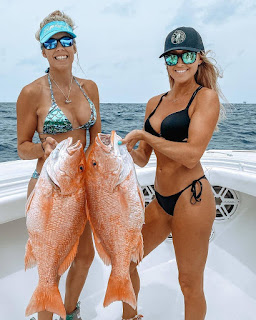 So, as temperature got higher (not in a warming context, but just in normal weather variation), fish were either more abundant, or more easily caught (likely the latter, most warm water fish are more active at higher temperatures), but fishermen spent less time fishing, resulting in no particular change in their total catch. Got it! At the highest temperatures (which everybody but mad dogs and Englishman avoid during the day), the Cambodian subsistence fishermen caught enough to get by, and no more. Just like they did all the time! Basically, subsistence fishermen catch what they need, regardless of temperature, and put in the time to do it.

Scientists can be so damn obtuse sometimes.

The Wombat has Rule 5 Sunday: Not From The Black Widow Movie ready for your digital delight at The Other McCain.