I've got a couple of paleoanthropological articles I've been wrestling with, so I just thought I'd get them out. First, from the Smithsonian, Some of Europe’s Oldest-Known Modern Humans Are Distantly Related to Native Americans

Forty-five thousand years ago, some of the first modern humans to call Europe home lived in and around Bulgaria’s Bacho Kiro Cave. They created adornments, like beads and pendants of cave bear teeth. They fashioned stone and bone tools and colored them with red ochre. They hunted, butchered and feasted on local animals. Artifacts of this lifestyle were left scattered in the cave, but these ancient humans left little evidence of themselves. Just a single tooth and a few tiny bits of bone survived to the present day. Yet those fragments contained enough genetic material that scientists have now recreated some of the humans’ stories, revealing surprising information about both their ancestors and their descendants.

Two genetic sequencing studies published in different journals this week have sketched out the family trees of Europe’s earliest known modern humans, three 45,000-year-old individuals from Bacho Kiro Cave and one similarly aged skull from a Czechian hill site known as Zlatý kůň (Golden Horse). Only the Bacho Kiro individuals have living descendants and they’re found in surprising places—in East Asia and the Americas. The ancient humans from both ancient European sites do share one common ancestral strain—a healthy dose of Neanderthal DNA. Among the Bacho Kiro humans, evidence seems to show that when modern humans moved into Europe they commingled with Neanderthals longer, and later, than is commonly believed. 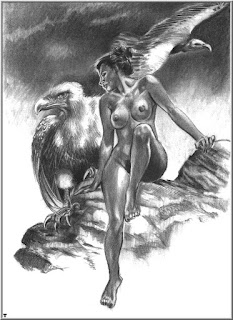 In 2015, scientists working in the Bulgarian cave found human fossils along with thousands of bones from butchered animals, and an assemblage of Paleolithic artifacts. A single molar stood out as unmistakably human, but the rest of the bones were broken bits that had to be identified as human by using protein mass spectrometry, which can spot uniquely human protein sequences not found in bones of other species. The human bones were then radiocarbon-dated to between 42,580 and 45,930 years before present. Researchers also produced tiny bits of tooth and bone powder from which they could extract DNA and sequence the genomes of three different individuals who once called the cave home.

While their age suggests these individuals were among the earliest modern humans to live in Europe, their DNA reveals that they have little relation to humans now known as European.

“Interestingly, these earliest Europeans that we find in the Bacho Kiro Cave did not contribute substantially to later West Eurasians,” says Mateja Hajdinjak, of the Francis Crick Institute (London), co-author of the study published this week in Nature. “These groups got largely replaced in Western Eurasia by subsequent migrations of people. But they are closely related to the human groups that gave rise to later East Eurasians and Americans—including present-day populations.”

“It’s just really cool that fossils of three individuals in Bulgaria left behind DNA, and can trace their descendants to different parts of the world than we’d expect, in ancient and living East Asians and Native peoples of the Americas,” adds Rick Potts, director of the Smithsonian’s Human Origins Program, who wasn’t involved in the genetic research.

DNA technology has been a marvelous tool in the hands of paleoanthropologist. It's revealing complex roots of modern man, and showing how widely different groups of people have moved and spread across the world.

The Wonderwerk Cave site in South Africa is one of very few places on Earth where human activity can be traced back continuously across millennia, and scientists just established the oldest evidence of archaic human habitation in the cave: some 1.8 million years ago.

That's based on an analysis of sedimentary layers containing animal bones, the remnants of burning fires, and Oldowan stone tools: Objects made from simple rocks with flakes chipped off to sharpen them, representing what was once a significant step forward in tool technology.

While tool artifacts at other sites have been backdated as far as 3.3 million years ago, the new findings are now thought to be the earliest sign of continuous prehistoric human living inside a cave – with the use of fire and tools in one fixed location indoors.

"We can now say with confidence that our human ancestors were making simple Oldowan stone tools inside the Wonderwerk Cave 1.8 million years ago," says geologist Ron Shaar from the Hebrew University of Jerusalem in Israel.

"Wonderwerk is unique among ancient Oldowan sites, a tool-type first found 2.6 million years ago in East Africa, precisely because it is a cave and not an open-air occurrence."

While ancient evidence of wildfires and human fires might get mixed up in open-air sites, that's not the case in the Wonderwerk Cave. What's more, other indicators of humans making fires were found: burnt bones and ash, for example, as well as the tools.

The sediment sample examined in the new study was 2.5 meters (8.2 feet) thick, charting hominin activity in the cave over time. Layers were dated in two ways, first through paleomagnetism, measuring the magnetic signal from clay particles that had drifted into the cave.

What follows is a long discourse on amazing dating techniques, but back to the narrative . . .

Linked at the Daley Gator in Sunday Night Links! The Wombat has Rule 5 Sunday: Not From The Black Widow Movie ready for your digital delight at The Other McCain.