The fish of the week is the King Mackerel:


The king mackerel (Scomberomorus cavalla) or kingfish, is a migratory species of mackerel of the western Atlantic Ocean and Gulf of Mexico. It is an important species to both the commercial and recreational fishing industries.

The king mackerel is a medium-sized fish, typically encountered from 5 to 14 kg (30 lb), but is known to exceed 40 kg (90 lb). The entire body is covered with very small, hardly visible, loosely attached scales. The first (spiny) dorsal fin is entirely colorless and is normally folded back into a body groove, as are the pelvic fins. The lateral line starts high on the shoulder, dips abruptly at mid-body and then continues as a wavy horizontal line to the tail. Coloration is olive on the back, fading to silver with a rosy iridescence on the sides, fading to white on the belly. Fish under 5 kg (10 lb) show yellowish-brown spots on the flanks, somewhat smaller than the spots of the Atlantic Spanish mackerel, Scomberomorus maculatus. Its cutting-edged teeth are large, uniform, closely spaced and flattened from side to side.


The king mackerel is a subtropical species of the Atlantic Coast of the Americas. Common in the coastal zone from North Carolina to Brazil, it occurs as far south as Rio de Janeiro, and occasionally as far north as the Gulf of Maine and also found in Eastern coast (Chennai) and Western coast of India. Nonetheless, a preference for water temperatures in the range of 20 to 29 °C (68 to 84 °F) may limit distribution.

King mackerel commonly occur in depths of 12–45 m (40–150 ft), where the principal fisheries occur. Larger kings (heavier than 9 kg or 20 lb) often occur inshore, in the mouths of inlets and harbors, and occasionally even at the 180 m (590 ft) depths at the edge of the Gulf Stream.


King mackerel are among the most sought-after gamefish throughout their range from North Carolina to Texas. Known throughout the sportfishing world for their blistering runs, the king mackerel matches its distant relative, the wahoo, in speed. They are taken mostly by trolling, using various live and dead baitfish, spoons, jigs and other artificial lures. Commercial gear consists of run-around gill nets. They are also taken commercially by trolling with large planers, heavy tackle and lures similar to those used by sport fishers. Typically when using live bait, two hooks are tied to a strong metal leader. The first may be a treble or single and is hooked through the live bait's nose and/or mouth. The second hook (treble hook) is placed through the top of the fish's back or allowed to swing free. This must be done because king mackerel commonly bite the tail section of a bait fish. When trolling for kings using this method, it is important to make sure the baitfish are swimming properly. Typical tackle includes a conventional or spinning reel capable of holding 340 m (370 yd) of 13 kg (29 lb) test monofilament and a 2 m (6 ft 7 in), 13 kg (29 lb) class rod.

Darcizzle shows how to catch, clean and cook Kingfish: 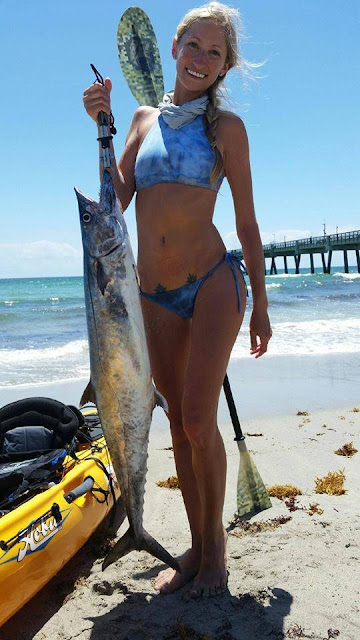 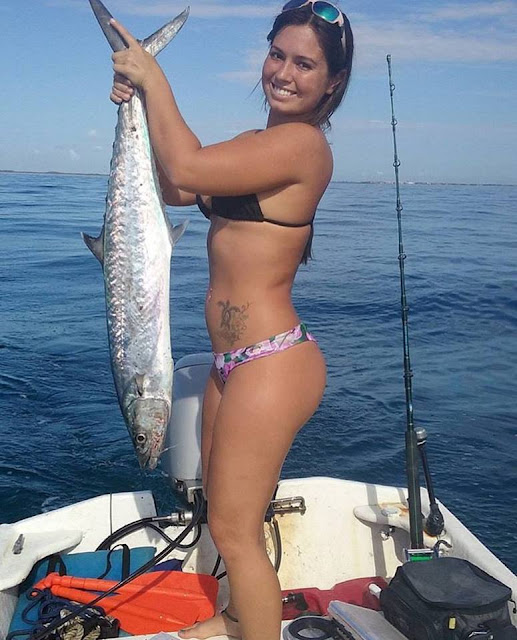 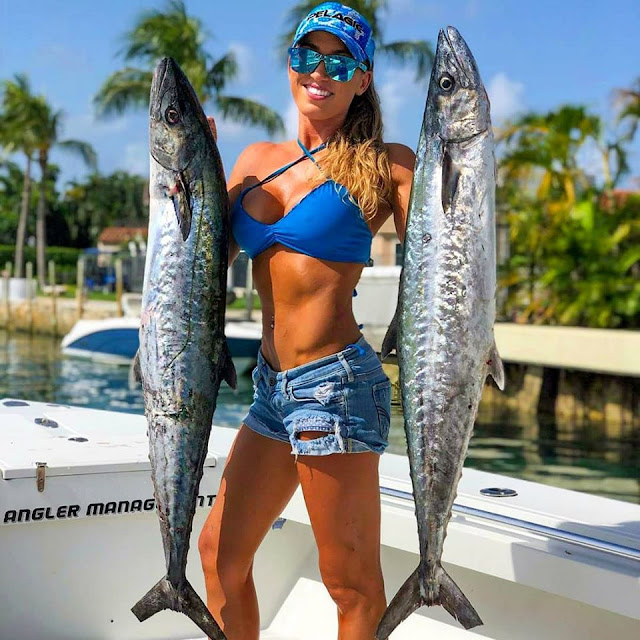 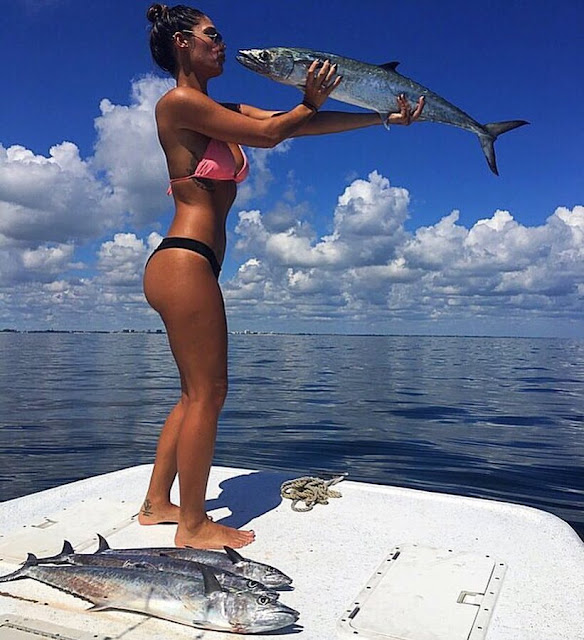 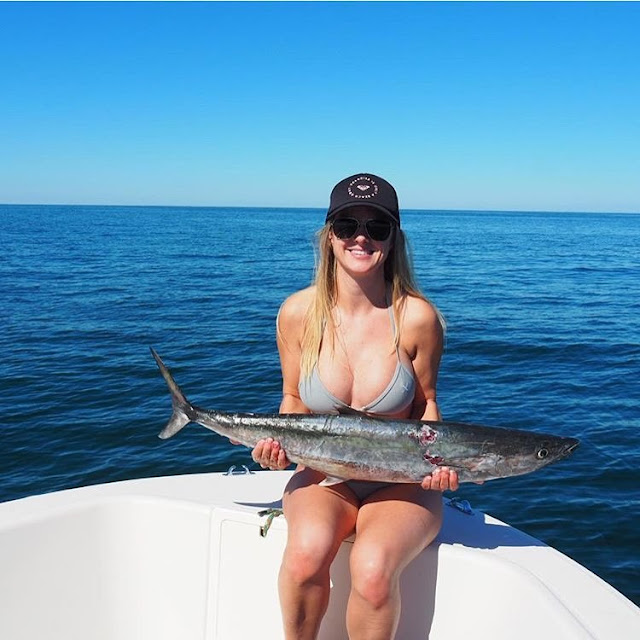 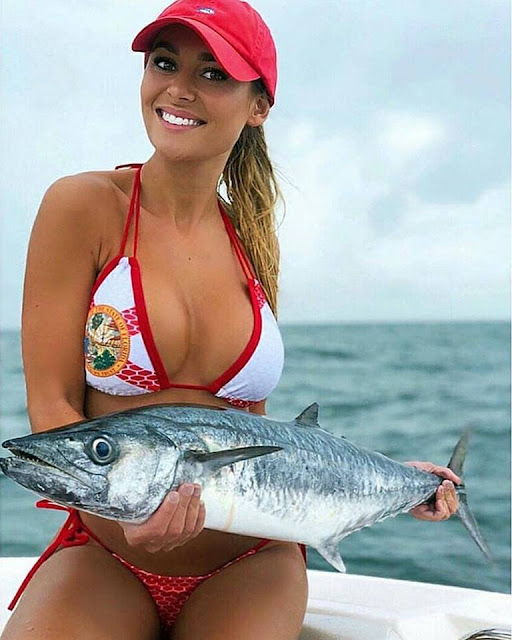 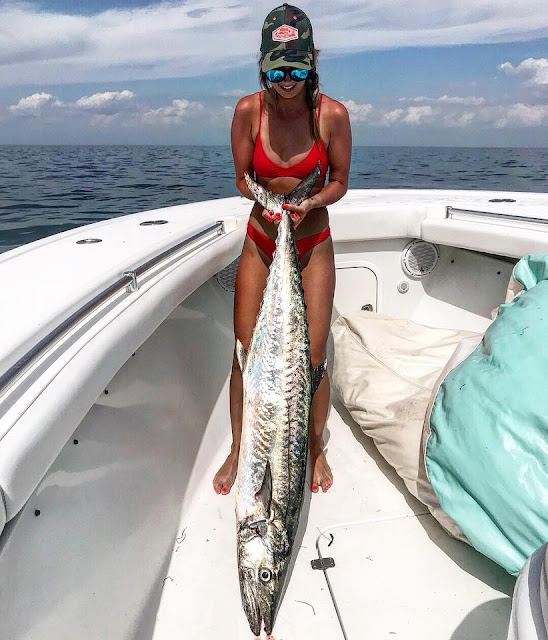 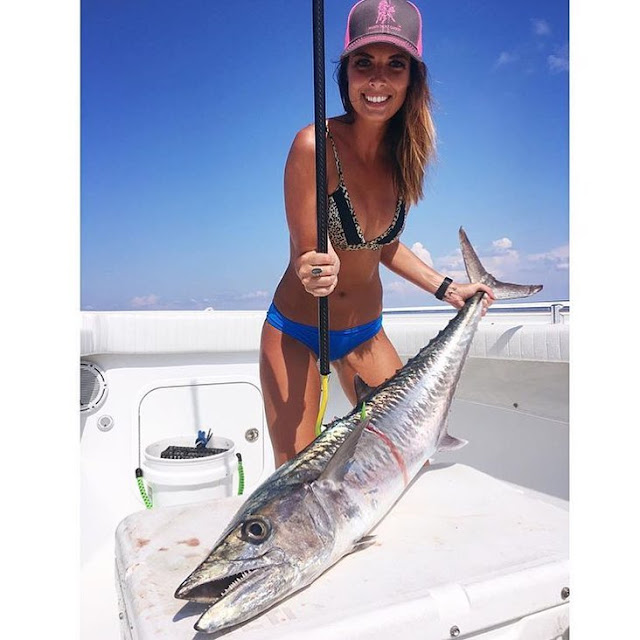 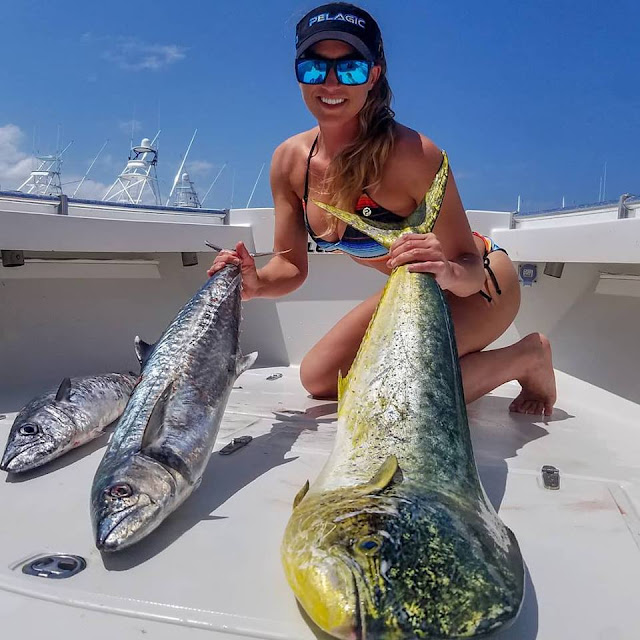 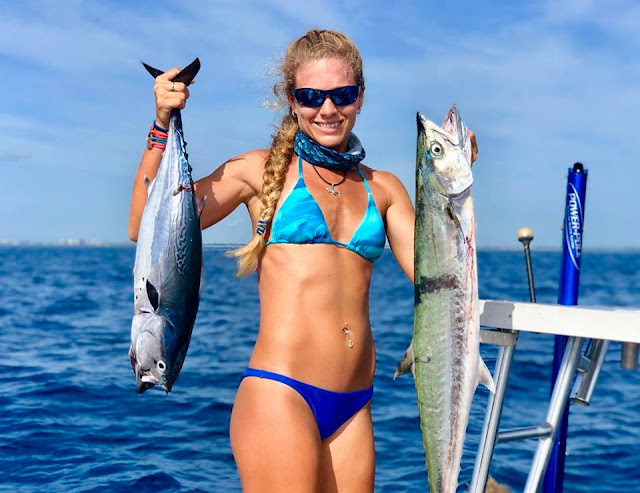 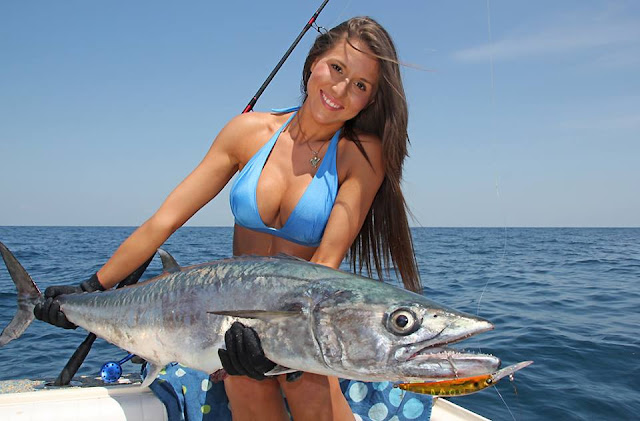 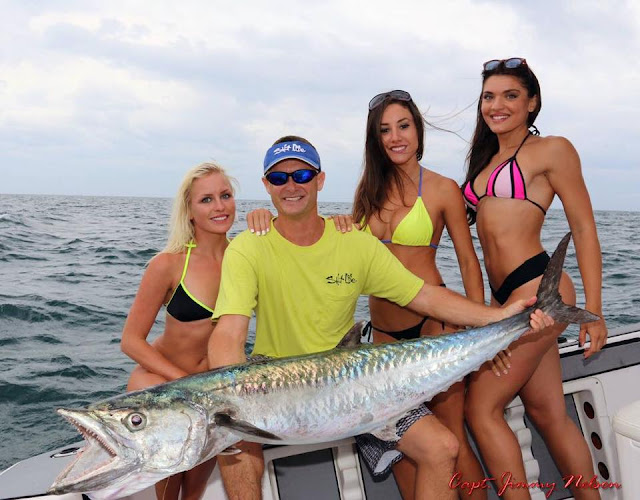 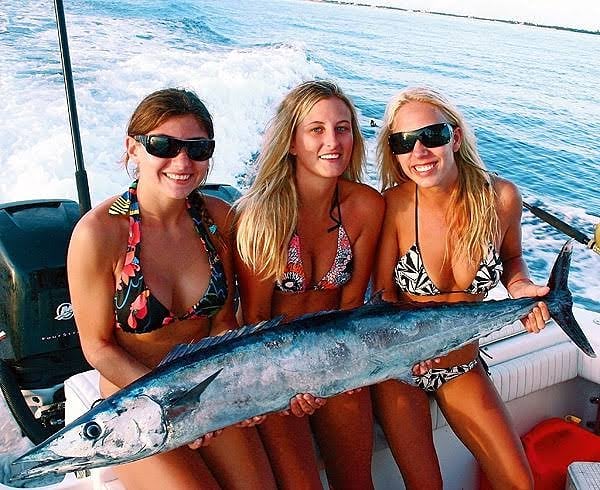