Do You Miss Taking Care of Your Lawn in Winter? 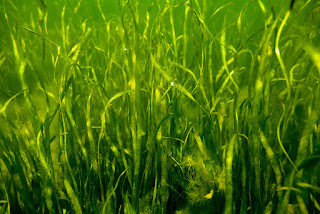 If so, fear not, you can grow grass for Chesapeake Bay, Volunteers are needed to grow Chesapeake Bay seagrasses in their homes, classrooms and offices


The Chesapeake Bay and its tidal river systems once teemed with underwater grasses, but pollution and devastating storms decimated them until today they cover only about 10% of their historic range.

Restoration has been underway for decades and in many forms, including an effort called Grasses for the Masses that enlists volunteers to sprout seagrass seeds in classrooms, homes and workplaces for transplant to special restoration sites in the James, Rappahannock, Chickahominy and Potomac rivers.

Now in its 20th year, the program is seeking volunteers throughout the state for the next round of homegrown underwater grasses. A local how-to workshop is set for 2-4 p.m. Feb. 8 at the Williamsburg Regional Library. Registration is required.

“I’ve grown grasses in my office, and I think it’s surprisingly easy,” said Kenny Fletcher, spokesman at the Chesapeake Bay Foundation, which heads the effort. “I haven’t found it to be any more difficult than growing a houseplant. And the sense of satisfaction it 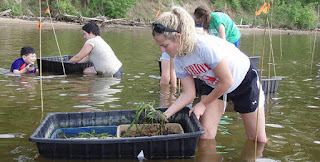 Some of us aren't all that good with houseplants. And my fish eat any plants I try to put in the aquarium. However, the species of grass they are growing, wild celery, aka Vallisneria americana, is a common freshwater aquarium plant, and fairly easy to grow.


“It’s neat to see on social media people posting pix of their first sprouts and become proud of their grasses that they’re growing themselves,” said Fletcher.

When the seedlings are ready, hundreds of volunteers gather to transplant them into permitted sites at the Westover Plantation and Virginia Commonwealth University Rice Rivers Center on the James River, the Chickahominy Riverfront Park, Rappahannock River Valley National Wildlife Refuge and Mason Neck State Park on the Potomac.

The program initially began as Grasses for the Classes and enlisted school volunteers before expanding to the general public.

“Now about half our participants are educators and students," said Troutman. “And the other half are generally volunteers who are just really interested in finding a way that they could do something on a personal level that’s at the right scale for them to feel like they made a difference in their local rivers.”

Given the thousands of acres of SAV in the Chesapeake Bay, it's hard to imagine that this program will make much difference, but it won't hurt, and it makes people feel good. 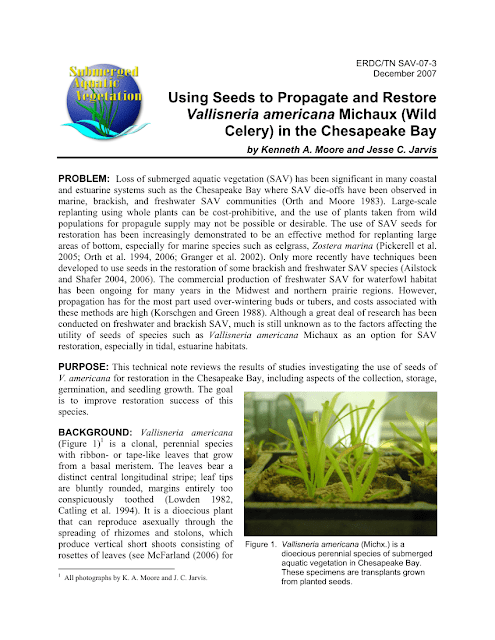