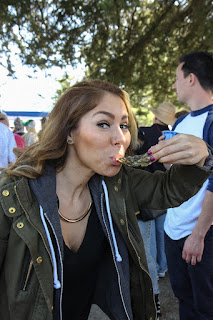 Gerald Weigrad: Does the Maryland General Assembly have the courage to save the oyster and rockfish? History would suggest this is very unlikely.


Oyster populations are at less than 1% of historic levels despite the expenditure of more than $100 million in public funds for planting spat-on-shell and establishing sanctuaries. The Oyster Recovery Partnership has failed to restore oyster populations. A 2018 stock assessment found a 50% decline in Maryland oysters from 1999-2018.

In 2019, the Department of Natural Resources developed a new fishery management plan for oysters knowing of this collapse but failed to do much to restrict harvest despite findings of collapse and that more than 50% of harvest areas are overfished and might be depleted of oysters without action.

Instead of pursuing closure or restrictions on the oyster harvest, especially from overfished areas, the Chesapeake Bay Foundation and state Sen. Sarah Elfreth are leading the charge to override Gov. Larry Hogan’s veto of a bill that does nothing to restore oysters and likely blocks meaningful restrictions for at least two years. SB 830 establishes a 25-member commission, with 60% of members from the oyster industry, to develop another oyster management plan that requires a 75% majority vote for any actions.

A 2011 study by the University of Maryland, Eastern Shore and other biologists called for a moratorium, concluding that if oyster harvest had stopped from 1980-2011, adult oyster abundance would be 15.8 times greater than in 2011. Instead, it declined by 92%. 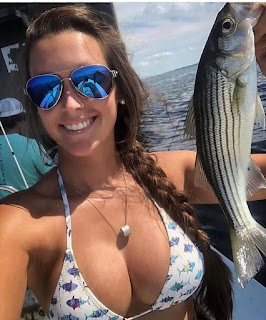 On rockfish, the coastal management board — Atlantic States Marine Fishery Commission — has forced states to act because of alarming rockfish declines. They found female biomass to be only 40% of the target goal and fishing mortality to be a whopping 55% greater than the target

The 2019 DNR survey of young rockfish found numbers significantly below the 66-year average, the third-lowest in 11 years. This means very poor prospects for adult rockfish in the future. Maryland waters are the cradle of rockfish reproduction.

DNR failed to act last year while Virginia eliminated its 2019 spring trophy season and significantly curtailed its fall fishery by capping sizes and limiting daily fish landings. DNR now appears to be taking the path of least resistance whereby they propose simply delaying the spring trophy season from April 18 to May and allowing recreational fishermen to keep two rockfish at a minimum of 19 inches. Nothing is proposed to curb the major commercial fishery.
. . .
DNR should act now to close the trophy season, reduce the commercial quota significantly, and follow the ASMFC proposals for a one fish creel limit and an 18-inch minimum size for recreational fisheries. The DNR requirement for hook changes has not stanched high mortality from recreational discards of rockfish. These rockfish litter the beaches where I live near Annapolis just below CBF headquarters. CBF has not proposed specific significant reductions on rockfish harvest.

Does the legislature have the courage to do what is necessary? If they vote to override the veto of SB 830, one thing you can be sure of: politicians and the Chesapeake Bay Foundation and their followers will declare victory and tout their great success in helping restore the oyster to the bay.

The Wombat has Rule 5 Monday: A Fine Pair up on time and under budget.
Posted by Fritz at 3:03 PM