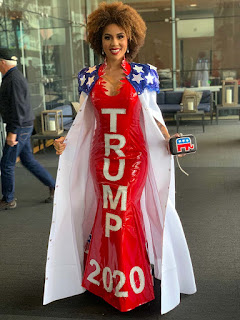 
Joy Villa, a singer who gained widespread attention for wearing a “Make America Great Again” dress to the Grammy Awards shortly after President Trump’s inauguration in 2017, returned to this year's ceremony with another politically charged dress to express her support for the president.

During her appearance on the red carpet on Sunday night, Villa sported a red latex dress that read “Trump 2020” in shiny white lettering across the front, coupled with a patriotic-themed coat. And in similar lettering on the back of her dress, words read: “Impeached and Re-elected.” 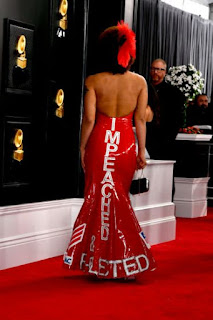 Desi Allinger, the designer behind the pro-Trump dress, told The Hollywood Reporter that the “collar of Joy's latex dress was inspired by a neckline on a dress by Alexander McQueen, and the coat is inspired by our first lady [Melania Trump] — I just picture her in this. So yeah, USA!"

While speaking to The Hollywood Reporter ahead of the show on Sunday night, Villa said that she had been in touch with the Trump family about her plans to wear something “supportive." 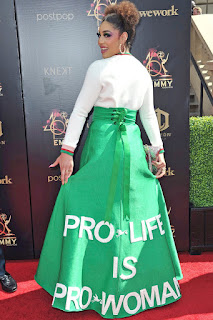 This isn't her first opportunity to grace our pages, Joy Called the Cops on Corey for the Butt Slap

"I just told Ivanka and the White House that I'm going to wear something to be supportive. I don't let anyone know the message beforehand,” she said.
She also blasted the impeachment process as a "sham," saying that Trump "is going to be the first president in history to be impeached and re-elected.”
As for her feelings about the dress, Villa told the Reporter that it makes her “feel like Miss America in this.”

“It's all couture,” she added.

This is the third time Villa, who doesn't appear to have ever been nominated for a Grammy, has worn a pro-Trump dress to the Grammys.

As you can she, she's not shy about airing her beliefs in public, even to a largely hostile crowd. 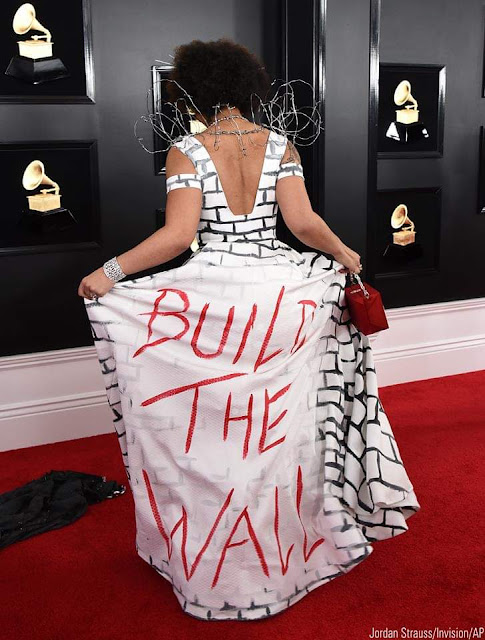 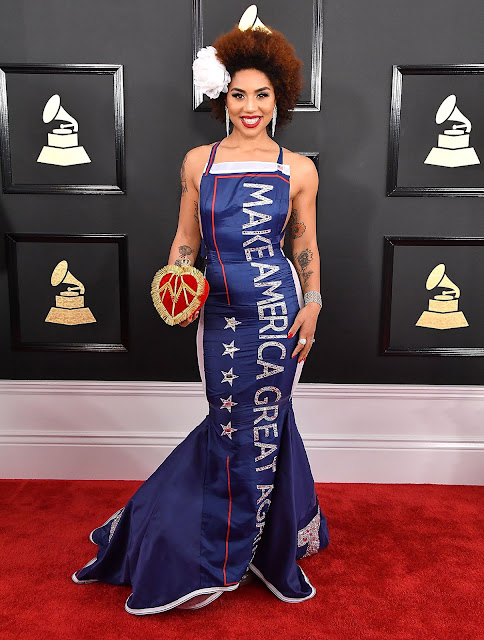 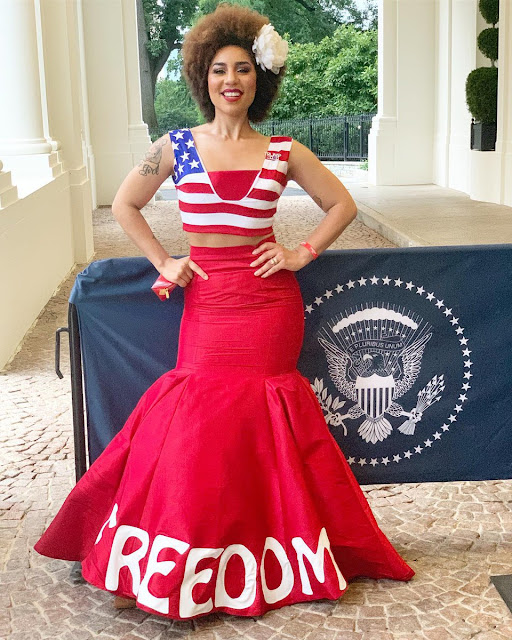 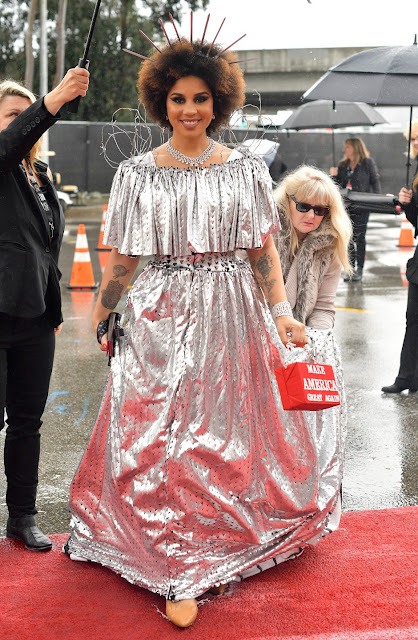 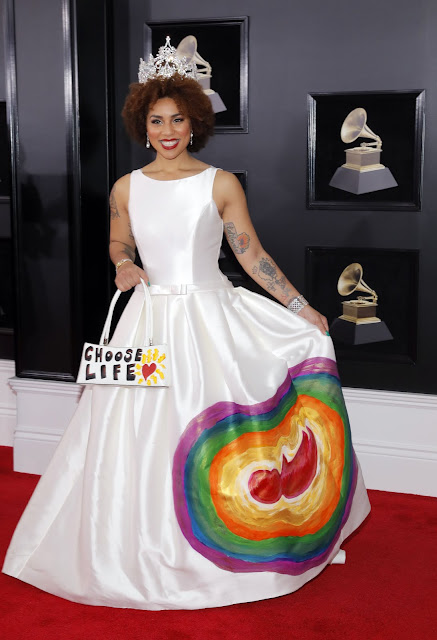 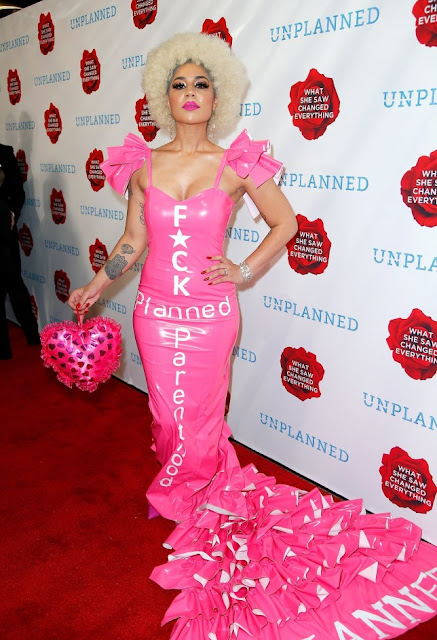 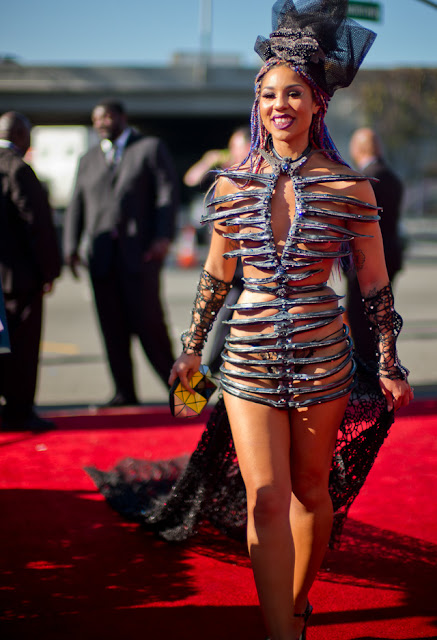 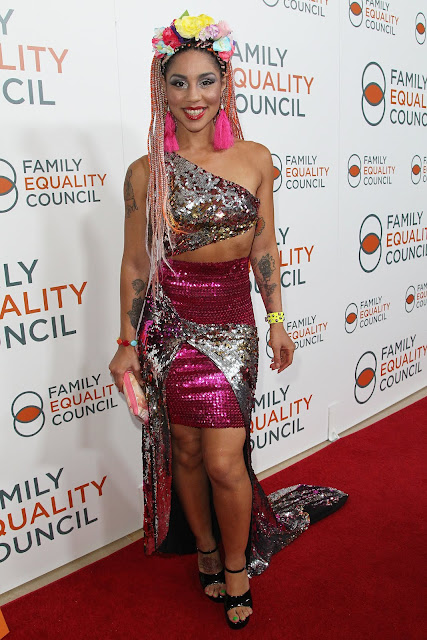 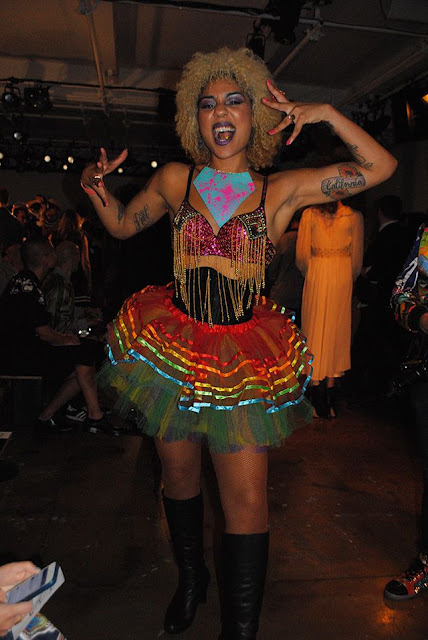 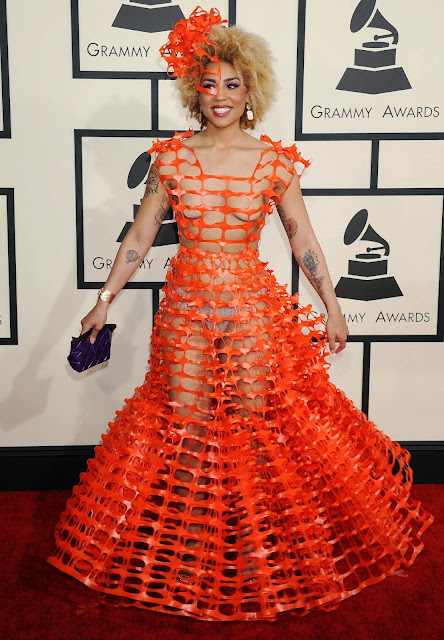