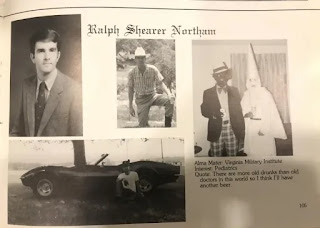 Northam ‘discussing’ whether to take legal action against Pennsylvania, EPA over Bay cleanup


Gov. Ralph Northam is weighing legal action against Pennsylvania over its Chesapeake Bay cleanup plan, which falls short of the state’s commitments to reduce pollutants that make it into the bay.

On Jan. 8, Maryland Gov. Larry Hogan announced he was directing his state’s attorney general to pursue an action against both Pennsylvania and the U.S. Environmental Protection Agency, which has broad authority over the decades-long effort.

“It’s clear the Trump EPA must do more to ensure accountability across all watershed states,” said Northam spokeswoman Alena Yarmosky in an email. “Our administration is discussing various next steps with Attorney General Mark Herring’s office, Governor Hogan, and other regional partners.”

“So far, Pennsylvania’s elected officials have not made the investments needed to meet their clean water commitments,” she said. “And EPA’s failure to impose consequences puts the entire cleanup at risk.”

The dustup over Pennsylvania follows years of shortfalls by that state in meeting reductions targets for nitrogen and phosphorus, the two nutrients responsible for most of the pollution in the Chesapeake Bay.

This December, the EPA found that Pennsylvania’s most recent plan to meet 2025 cleanup goals failed to meet the nitrogen reduction target by almost 10 million pounds.

If I were a politician in Pennsylvania, I would be looking for obscure and possibly expensive excuses to sue Maryland and Virginia.