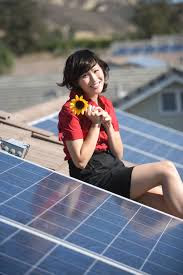 
Pennsylvania, like other states in the Chesapeake Bay region, wants to combat climate change with more renewable energy. But, as happened with some recent solar proposals in Maryland and Virginia, going green has some people seeing red.

Such is the case near the Civil War mecca of Gettysburg, where a proposal to build Pennsylvania’s largest solar project across nearly 1,000 acres of farmland has been met with detractors.

The project would include 530 acres of swiveling solar panels — 275,000 of them, in 12-foot high arrays — on 18 farms. The proposal drew more than 300 people to a fire hall on Jan. 15 for the first hearing on the proposed Brookview Solar Energy Center.

The proceeding by Mount Joy Township’s Board of Supervisors mainly set up ground rules for the hearing, which will continue on Jan. 29 when project owners and opponents provide testimony about the project.

Part of the proposed project is in an agriculture conservation zone where solar projects are allowed. But some of it lies in a special mixed-use zone, bordering a highway where solar projects can be permitted with conditions attached. After the hearings, the board of supervisors will decide if that will happen.

A day before the first hearing, Mount Joy Township’s advisory planning commission recommended rejecting the permit application, citing its scope and scale. NextEra Energy Resources, a Florida-based company that builds solar and wind energy projects, touts the $90 million project as a benign win-win for the environment and the community. 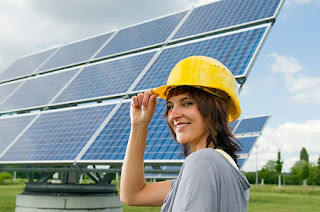 “The time is ripe for solar energy in our country and that is absolutely true in Pennsylvania as well,” said Bryan Garner, a NextEra spokesman. “Solar energy makes a good neighbor.”

But some people who live near the proposed project and elsewhere in Adams County have decried the solar farm, saying it will harm property values, ruin prime farmland, alter the flavor of open land surrounding Gettysburg National Military Park that lies just 3 miles away, and deal economic blows to the area’s agri-tourism industry.

“This is not the right project, the scope and scale for Mount Joy Township,” said Nathan Wolf, an attorney representing about 20 landowners who live adjacent to the site. “You have a lot of very frightened people who don’t know what to expect and are looking to their township to protect them.”

The 18 farm families would be paid $16 million to lease their crop fields for up to 35 years. During that time, the noiseless, unlit (except for a substation), nontraffic-generating, odorless solar panels would quietly generate up to 75 megawatts of power. According to NextEra, that’s enough to power 15,800 homes and delivers a pollution reduction equivalent to taking 26,000 cars off the road. Forest clearing would be “minimal,” it said, though no figures are given. Native grasses would be planted below the solar panels.

For comparison, Calvert Cliffs Nuclear Plant, just down the Bay from us, produces approximately 1,750 megawatts of power on very little more land, 1,500 acres, enough power for 1 million homes. It is also clean and quiet, and employs about 900 people, has a payroll of $125 million and pays $22 million in taxes annually. It also produces steady power, 24 hours/day, regardless of day or night, clouds or rain.

I don't mind solar power (except for the federal subsidies, which are waste of my money), but there are far better alternatives.
Posted by Fritz at 4:53 PM