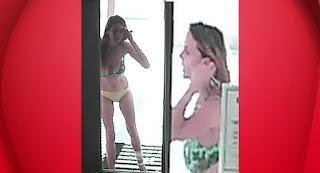 
A bikini-clad woman was wanted for questioning Tuesday after she entered two homes, one that was locked, and stole valuables, the Los Angeles County Sheriff’s Santa Clarita Valley station said.

The woman, pictured on surveillance footage wearing a yellow and green swimsuit, broke into and stole from a locked home in the 28000 block of W. Avenue C-6 in Lancaster on Saturday, according to the sheriff's office.

And then, she did it again!


Later that day, she entered an unlocked home in the 47000 block of Three Points Road in Lake Hughes — about 14 miles away — and stole valuables, deputies said.

The woman, who appeared to in her 30s, was seen taking off in a tan-colored sedan.

I wonder if this is the same "bikini bandit" who struck Riverton, Wyoming this fall,  a Fort Meyers, Florida Victoria's Secret, a Darwin, Australia, beachwear shop, and one in Queensland, Australia.  Probably not, since one was arrested, three were black women, and two were in Australia. Clearly, though, something needs to be done about the the bikini crime problem. I propose registration, and a waiting period. Except for good looking women. They should get free bikinis, paid for by tax money, so they don't have to turn to a life of crime to acquire them. 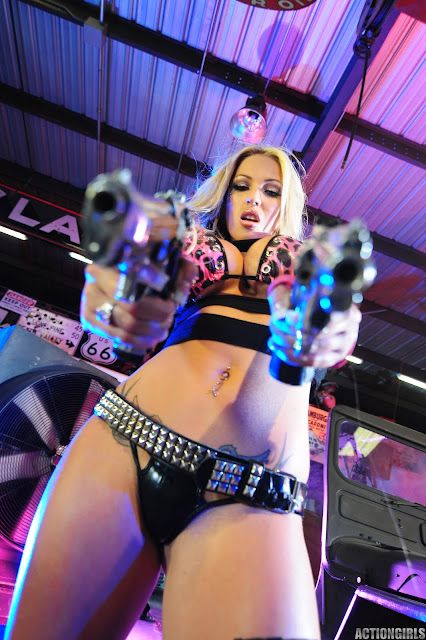 Wombat-socho is only a day late with "Rule 5 Monday: Utes Of America".
Posted by Fritz at 6:00 AM