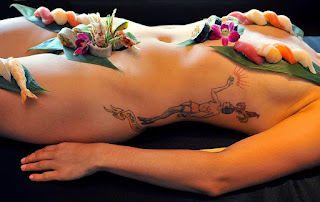 Japan's New Nude Restaurant Will Weigh You Before Letting You In - Also: no tattoos, touching, or old people

For a naked restaurant, Tokyo's The Amrita is surprisingly uptight. Unlike a new clothing-free restaurant in London, diners at The Amrita will be weighed and measured before being admitted, Mashable reports. If customers are 30 or so pounds heavier than the average weight for their height, they'll be turned away—without having their entrance fee refunded. Diners will also be sent home hungry if they're found to be over the age of 60. And there are more rules: no phones, no "calling out to other customers," and no touching. According to Rocket News 24, tattoos are also strictly forbidden. 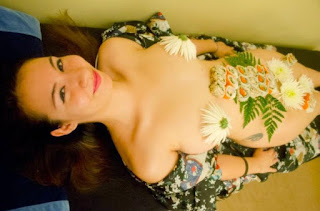 Two strikes for me, too heavy and too old. I can live with the no cell phones and no touching rule, unlike the younger crowd, though and I don't have any tattoos.


And should diners meet all these requirements, they still won't get the goods, as it were. Patrons will be given paper underwear bottoms to hide their naughty bits, and staff will wear G-strings. Customers will, however, be treated to organic food, male waiters with "the world's most beautiful bodies," and a stage show featuring male models from America and Europe. The Telegraph states this makes The Amrita sound more like a "Chippendales extravaganza" than a restaurant. But despite the ageist and fat-shaming rules, the lack of full nudity, and the expensive entrance fee—$131 to $748—Japanese diners are still apparently clamoring to eat in the semi-buff. The July 29 opening night is sold out, as are a few other evenings, per the Telegraph.

Yet another restaurant we won't visit.  It just doesn't sound that appealing. 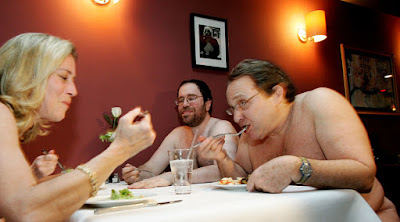 Wombat-socho has "Rule 5 Sunday: EDC Girls" up at The Other McCain.
Posted by Fritz at 6:00 AM