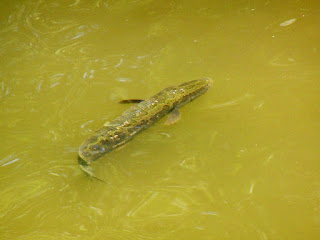 I've heard unreliable rumors that the dreaded introduced "Frankenfish," the Northern Snakehead, had been caught in the harbor before, but today when I was walking by with Skye on our way to the beach, one was basking in the shallow water near the back. It was about 18 inches long, about the same size as the one I caught in Mattawoman Creek a few years back. 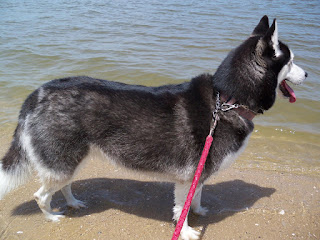 After snapping a few photos, we headed down to the beach. 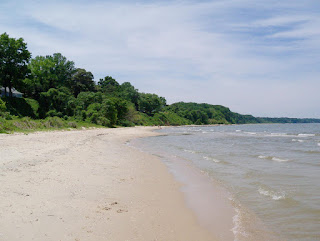 A pretty nice day at the beach. About 75 F, with a little breeze, and partly cloudy skies. 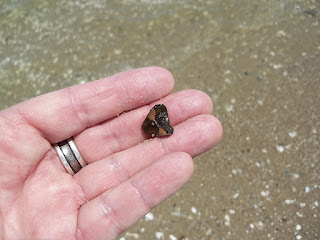 Fossils were few, but I did find this broken crocodile tooth. 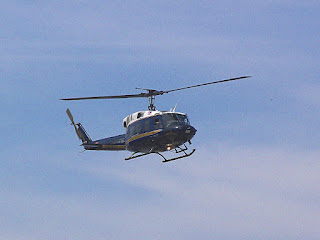 The beach was buzzed by this government helicopter. It's marked a lot like Marine One, the President's helicopter, but it's smaller and blue, not green. My guess is a big wig at Patuxent River Naval Air Station 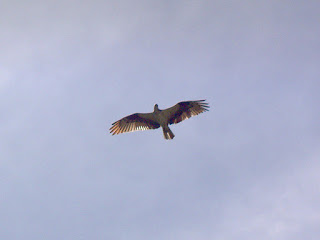 Which did not discourage one of the local Ospreys from his appointed rounds. 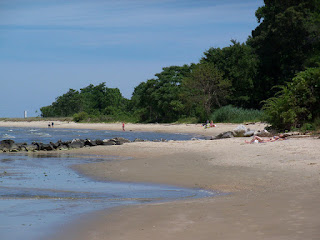 Did I say it was a nice day out? 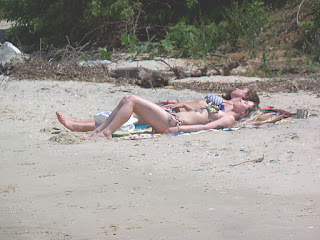 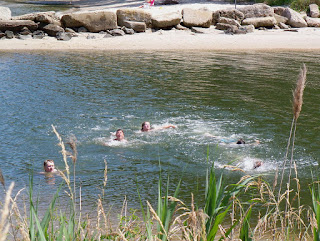 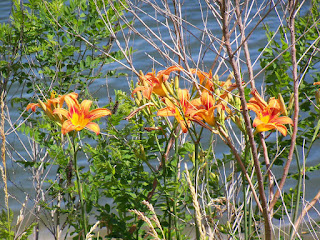 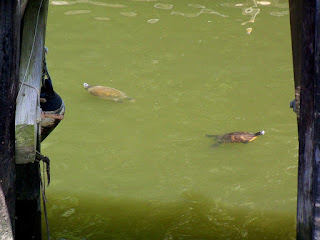 I went back to see if I could find the Snakehead, but all I found were a couple of turtles, and a bunch of minnows.
Posted by Fritz at 5:12 PM