British Butcher Goes Back To Pounds After Brexit

A law enforced by the EU in 1995 meant that all measuring devices used in trade or retail should display measurements in metric quantities.

But Darren Gratton said that a lot of his customers who voted Brexit wanted their meat sold in the older imperial method of pounds and ounces.

The butcher from Barnstaple, Devon, said: “The next step is to speak to North Devon Council and if they say we can go back to pounds and ounces then we will do.

“All the customers wanted it back in pounds.

Being a scientist, and a person generally satisfied with 10% accuracy, I'm pretty comfortable with either the English or metric  system. And yet, I understand the irritation of the English forced to use an unfamiliar system. 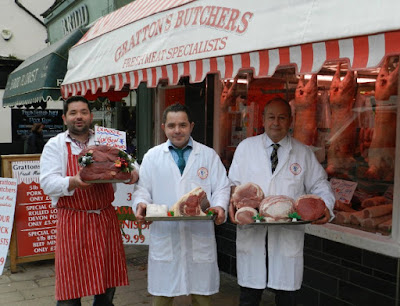