We've seen news about the "hobbits" (diminutive fossil hominids of the Indonesian island of Flores) before. Now, new fossils suggest that they were present on the island for a long period, starting before modern humans evolved in Africa. Miniature 'Hobbit' Humans Had Even Smaller Ancestors

Ancestors of the mysterious extinct human lineage nicknamed "hobbits" may have been discovered, a new study finds.

The newfound individuals may have been even littler than the hobbits, and date much further back in time (from some 700,000 years ago), scientists added. This suggests these ancestors may have shrunk rapidly after reaching the islands where the hobbits lived, the scientists said. Those islands include Flores, where the hobbit remains were originally found.

"These are priceless treasures that provide the first real insight into the evolutionary history of the mysterious 'hobbits' of Flores," said Adam Brumm, an archaeologist at Griffith University in Nathan, Australia, and co-lead author of one of two studies on the new finding published in the June 9 issue of the journal Nature.[See Images of Homo floresiensis, the Hobbit] 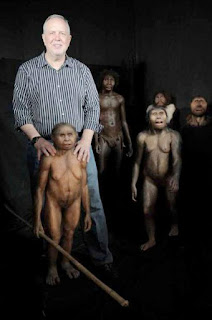 Scientists have proposed that H. floresiensis evolved from a group of Homo erectus, an extinct human species that is the earliest undisputed ancestor of modern humans. Scientists also proposed that this population shrank in size either shortly before or after reaching Flores.

Another possibility is that H. floresiensis evolved from even more primitive hominins with more ape-like skeletons and smaller brains, such as the extinct human species Homo habilis or even the prehuman Australopithecus species. Researchers have argued that if the hobbit did have such ancient origins, this would reveal that hominins left Africa much earlier than previously thought.

The new discovery — which includes seven fossils that date back a half-million years earlier than those of H. floresiensis — points to the H. erectus link, the researchers noted. 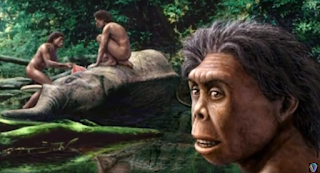 Initially when H. floresiensis was found, some proposed that they were really abnormal modern humans. The new dates make that impossible.


The fossils include an adult jaw fragment and six teeth from at least three individuals, including two tiny "milk teeth" from separate infants. The researchers found that these remains are at least 700,000 years old, dating to a time "when there were no modern humans on the planet," Yousuke Kaifu, a paleoanthropologist at Japan's National Museum of Nature and Science in Tokyo and co-lead author of one of the two studies, told Live Science. (Previous research has suggested that modern humans arose in Africa about 200,000 years ago.) 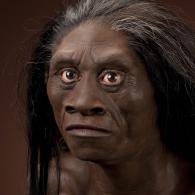 So, there really were hobbits. Now we need to find some elves, or dwarves. Maybe the Denisovans were the dwarves.

Alongside the Mata Menge fossils, the scientists found stone tools that were markedly similar to artifacts found with the Liang Bua hobbits. The researchers also noted that previous research unearthed stone tools on Flores that were at least 1 million years old, suggesting that hobbits and their ancestors lived on the island for at least that long.