Dogs: So Nice We Tamed Them Twice 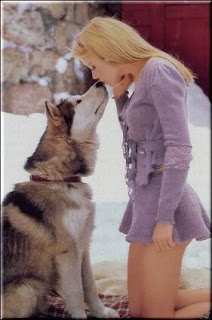 From Science, where I still have a subscription: Genomic and archaeological evidence suggest a dual origin of domestic dogs

The geographic and temporal origins of dogs remain controversial. We generated genetic sequences from 59 ancient dogs and a complete (28x) genome of a late Neolithic dog (dated to ~4800 calendar years before the present) from Ireland. Our analyses revealed a deep split separating modern East Asian and Western Eurasian dogs. Surprisingly, the date of this divergence (~14,000 to 6400 years ago) occurs commensurate with, or several millennia after, the first appearance of dogs in Europe and East Asia. 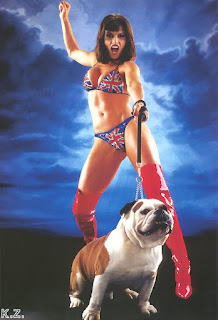 Additional analyses of ancient and modern mitochondrial DNA revealed a sharp discontinuity in haplotype frequencies in Europe. Combined, these results suggest that dogs may have been domesticated independently in Eastern and Western Eurasia from distinct wolf populations. East Eurasian dogs were then possibly transported to Europe with people, where they partially replaced European Paleolithic dogs.

The article in the magazine has some interesting graphics showing the geographic distribution of the extent of mixing of the two lines of dogs, and a dendrogram showing where a number of breeds fall on the mixing line.

Linked at the patriotically themed "Sorta Blogless Sunday Pinup" and links. Wombat-socho brings the "Rule 5 Sunday: Independence Day Weekend Edition" to life at The Other McCain.