Our Return to the Beach 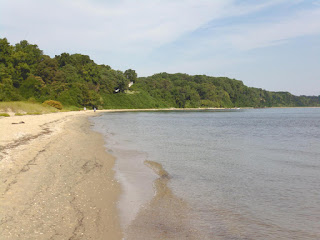 Somehow this was our first trip to beach since coming back from Pismo Beach.  First my apologies, there was some screwy setting on the camera, and even by best attempts at GIMPing them back into color balance isn't quite right. 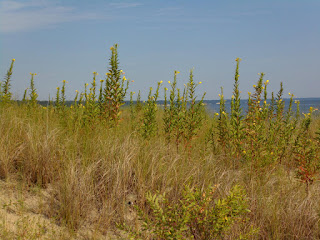 The first thing I notices was that the Evening Primroses are blooming. One of the first colonizers of the dunes, they are perennials that take hold in disturbed areas. As their name says, they bloom late in the evening, and the flower wilt by late morning, to be replaced the next day on a long stalk 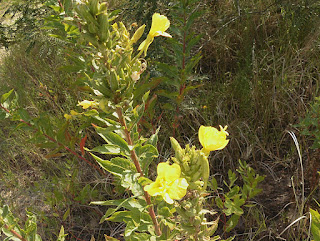 You can see the classical "X" shaped stigma 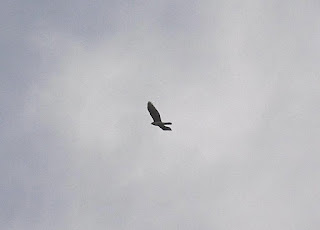 We saw lots of Ospreys and couple of  Bald Eagles, but this hawk was the closes. Clearly an accipter from the long tail, given what we have its likely a Cooper's or a Sharp Shinned hawk. 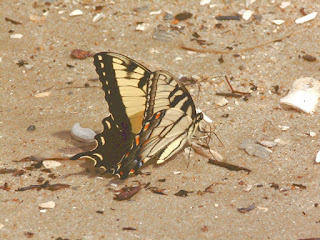 We saw a fair number of Eastern Tiger Swallowtails puddling on the beach. 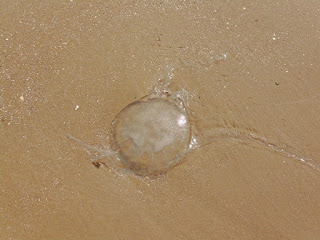 The Sea Nettles have finally arrived, if not in huge numbers. We say a couple on the water yesterday and three or four on the beach today. 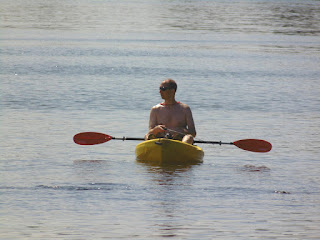 Our neighbor Clint trying to catch some fish off of the south jetty. I didn't see him hook anything, but it's a decent place to catch small Blues sometimes, and maybe a White Perch. 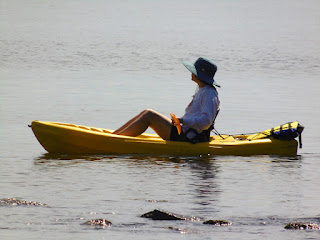 And his wife watching. By the way, the weather was outstanding, mostly sunny, about 80 F, with a 10 mph south breeze, and only moderate (for us) humidity. 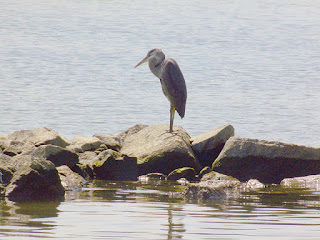 While a few feet away, a Great Blue Heron waits for a tasty morsel to swim by.
Posted by Fritz at 5:18 PM