Rivers, To Pave or Not?

In a paper published in PLOS ONE, lead authors and EPA research scientists Jake Beaulieu and Heather Golden found that nitrates—nutrients that can become pollutants—travel on average 18 times further in buried urban streams than they do in open streams, before they are taken out of the water column.

High nitrate levels in water can be toxic to humans, especially infants.
Plants and other organic matter in streams feed on nitrates, which can be found both naturally and in agricultural or industrial run-off. Nitrate uptake, as this feeding process is called, keeps stream ecosystems healthy and oxygenated.

But if nitrates don't get removed, too many end up flowing through the water and into larger water bodies (think: Baltimore and the Chesapeake Bay). This can result in algae blooms, which suffocate water bodies and can cause massive fish deaths. High nitrate levels in water can also be toxic to humans, especially infants.


State contractors have readied plans to acquire as many as 300 farms in the California delta by eminent domain to make room for a pair of massive, still-unapproved water tunnels proposed by Gov. Jerry Brown, according to documents obtained by opponents of the tunnels.

Farmers whose parcels were listed and mapped in the 160-page property-acquisition plan expressed dismay at the advanced planning for the project, which would build 30-mile-long tunnels in the delta formed by the San Joaquin and Sacramento rivers.
. . .
Brown's administration said re-engineering water flows of the delta - the largest estuary on the West Coast - is essential to undoing mistakes of past water projects and to supplying water to Southern California.

Brown has pushed for a massive delta makeover since his first stint as governor in the 1970s and 1980s. In May, he told critics of the tunnels to "shut up."

Opponents say the tunnels would jeopardize delta farming and destroy vital wildlife habitat. "If these reports are correct, then we have further confirmation that the tunnels project has been a forgone conclusion," state Sen. Lois Wolk, D-Davis, who chairs a committee on the delta, said in an email Monday.

The environmental review, "which should be used to choose a project, is simply being used to justify the favored project," she wrote.

Through October, the project officially is in a period of public comment on the environmental impact of the tunnels. The U.S. Environmental Protection Agency, which opposed an earlier version of the project, also must still weigh in.

Restore the Delta, a group of farmers, fishing associations, environmental groups and other opponents, released the property plan that was obtained with a request made under the state open records law. The plan targets public and private land in Sacramento, San Joaquin, Contra Costa and Alameda counties to be acquired for the project.

Under the plan, landowners would have 30 days to consider and negotiate a one-time state offer, while officials simultaneously prepare to take the land by forced sale if owners declined to sell. "Negotiations to continue in parallel with eminent domain proceedings," the plan notes. 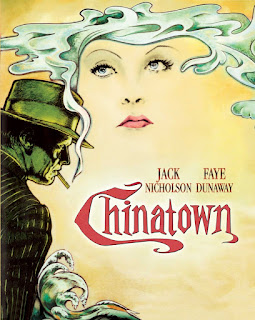 A secret plan to force farmers into selling their farms, while the cities steal the water? Sounds like something out of a movie.

Forget it, Jake, it's California.