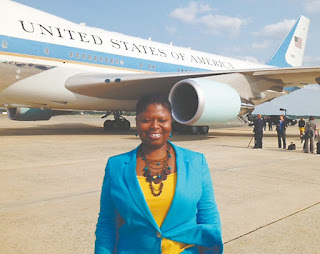 Special Assistant to Obama Arrested for Shooting at Her Boyfriend


A White House staffer was arrested late Friday after allegedly shooting a gun at her boyfriend, an officer with the U.S. Capitol Police, during a heated argument, authorities said.

Barvetta Singletary, 37, who is a special assistant to President Obama and also holds the title of house legislative liaison, was charged with domestic violence in the incident, which police say occurred at her home in Upper Marlboro, Md.

Police say she summoned her boyfriend, who was not identified, by text message, and the two had sex. Afterward, according to the criminal complaint, Singletary went to the man’s car with him and accused him of dating other women. Inside the car, Singletary allegedly took the man’s cellphones and his service weapon, demanding passwords to unlock messages stored on the phones.

"You taught me how to use this,” Singletary allegedly told the man. “Don't think I won't use it."

Police say Singletary pointed the gun in the victim's direction and fired one round.

The man ran away and called police, according to authorities. Singletary was arrested at the scene without incident.

I'm just gonna guess that drinking was involved. Even an Obama administration flunky can't really think that she would get away with that sober.
Posted by Fritz at 5:00 AM