Did EPA Kill the Animas River on Purpose? 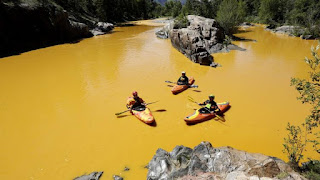 This letter to editor, posted below, was published in The Silverton Standard and The Miner local newspaper, authored by a retired geologist, one week before EPA mine spill. The letter detailed verbatim, how EPA officials would foul up the Animas River on purpose in order to secure superfund money. If the Gold King mine was declared a superfund site it would essentially kill future development for the mining industry in the area. The Obama EPA is vehemently opposed to mining and development.

The EPA pushed for nearly 25 years, to apply its Superfund program to the Gold King mine. If a leak occurred the EPA would then receive superfund status. That is exactly what happened.

The EPA today admitted they misjudged the pressure in the gold mine before the spill – just as this editorial predicted.

The letter was included in their print edition on July 30, 2015. The spill occurred one week later.

I'd like to believe the EPA was above this; but I'm not so sure.

EPA claims the water quality in the river is back to "normal." 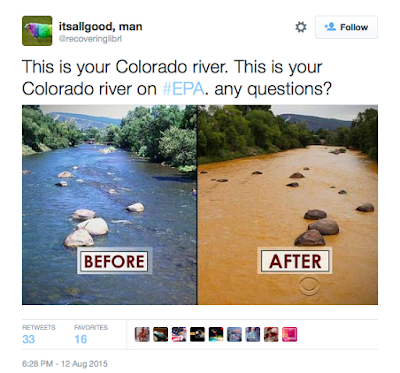