Clinton.com Being Probed by G-Men 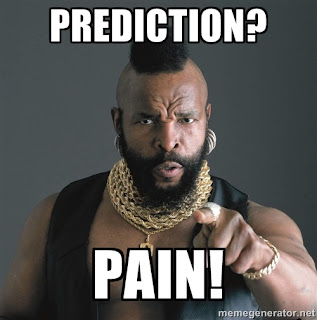 Did thing just get real?


An FBI "A-team" is leading the "extremely serious" investigation into Hillary Clinton's server and the focus includes a provision of the law pertaining to "gathering, transmitting or losing defense information," an intelligence source told Fox News.

The section of the Espionage Act is known as 18 US Code 793.

A separate source, who also was not authorized to speak on the record, said the FBI will further determine whether Clinton should have known, based on the quality and detail of the material, that emails passing through her server contained classified information regardless of the markings. The campaign's standard defense and that of Clinton is that she "never sent nor received any email that was marked classified" at the time.

However, given  the speed and transparency with which the FBI has investigated other scandals in the Obama administration, the IRS targeting of conservatives by Lois Lerner et al to name but one, I look forward to the FBI report exonerating Ms. Clinton along about 2030.

If Clinton Loses Her Security Clearance, Could She Still Be President? - Sadly, the article never really addresses the question posed in the title, but it's a nice review of the scandal. To the point, though, I doubt that Barack Obama would ever have obtained a security clearance if he had not been elected Senator.

A thumb drive containing Hillary Clinton’s State Department emails was not secured in a specially designated safe until over a month after it was publicly confirmed that her server contained classified information, according to a timeline laid out in a letter by her attorney this week.

In the letter, first reported by Politico, an attorney working for Clinton, David Kendall, indicated that he had copies of the emails as early as December 2014, raising concerns from congressional investigators and intelligence officials that they may have been stored in an unsecured manner for months.

While officials said in May that Clinton’s emails contained “now-classified” information, Kendall said the thumb drive was not moved to an officially secured safe in his office until July 8.

That was over a week after department officials “report[ed] discovering hundreds of potentially classified emails within the collection” according to a June 29 memo from the State Department and Intelligence Community inspectors general.

It was a bit like closing the barn door after the horse escaped anyway, since we can be reasonably sure that various foreign intelligence agencies and hacking groups were reading her yoga routines and the plan for Chelsea's wedding in real time. Why break into an office to steal a thumb drive when you can safely read the same thing from Moscow or Beijing?


The hits keep rolling in:


Hillary Clinton’s classified emails contain discussions of conversations with foreign diplomats, issues with embassy security and relations with countries from Russia to China.

The broad range of information that was deemed classified by the State Department — just within the emails published by the agency to date —underscores concerns that sensitive material was routinely mishandled on Clinton’s private email server.

For example, Huma Abedin, Clinton’s former deputy chief of staff, forwarded a summary of a high-level Sept. 2009 meeting to Clinton in which she detailed the “embassy security issues” that were discussed.

The issues had been raised by Eric Boswell, a diplomatic security official who was later forced to resign in the wake of the 2012 terror attack in Benghazi.

And we've only sampled a fraction of the emails.


The Washington Post published a column Thursday night by David Ignatius that purports to clear leading Democratic presidential candidate Hillary Clinton of wrongdoing in exclusively using a home brew server kept in her home that held top secret classified information during her four year tenure as secretary of state. The column is entitled The Hillary Clinton e-mail ‘scandal’ that isn’t.

Ignatius’ lead defense witness for Clinton is one Jeffrey Smith who is given four paragraphs of quotes defending Clinton. Ignatius identifies Smith as “a former CIA general counsel who’s now a partner at Arnold & Porter, where he often represents defendants suspected of misusing classified information.”

Smith is the only named source in Ignatius’ column.

Ignatius and The Post failed to disclose that Smith served as a ‘close’ national security adviser for Hillary Clinton’s 2008 presidential campaign and that Smith has a history with the Clintons going back to at least President Bill Clinton’s election in 1992.

Transparency: for thee but not for me. But then I don't expect much from David Ignatius.

And finally, and also at the Washington Post, Glenn Kessler, the house fact spinner checker, applies the democrat fudge, and the special Clinton bonus, both worth -1 Pinocchios, to award Ms. Clinton only two out of four possible for her claims on the email scandal:


Clinton’s very careful and legalistic phrasing raises suspicions. She refers to “classified material,” which could be code for documents, leaving open the possibility of “classified information” having been received. She also says she “did not receive any material that was marked or designated classified,” which of course leaves open the possibility of receiving classified information that was not correctly marked.

The Miliband e-mail is now labeled by the State Department to contain classified information, unfit for public disclosure. That holds true for other information that Clinton and her aides routinely exchanged over an unsecure network. The question thus turns on whether Clinton should have at the time recognized that this information could be deemed as classified and should have taken better steps to protect it.

At The Fact Checker, we judge statements through the perspective of an ordinary citizen. The classification rules are complex but, legal technicalities aside, the question is whether classified information was exchanged over her private e-mail system. Never mind the IG’s concerns. According to the State Department redactions of the released e-mails, the answer is yes. Clinton earns Two Pinocchios for excessively technical wordsmithing.

What bullshit. From the perspective of the "ordinary citizen" the word most often associated with Hillary Clinton in the minds of the public is "liar." The Democrats among us just don't care because they think we deserve to be lied to.
Posted by Fritz at 10:59 AM