Are You Ready to Rumble?

As you may or may not know, Ronda Rousey is the bantamweight UFC (Ultimate Fighting Championship) and MMA (mixed Martial Arts) woman fighter who is the talk of the fighting world, with her recent defeat of Cat Zingano in a UFC title fight lasting all of 14 seconds. See it all starting at about 40 seconds: 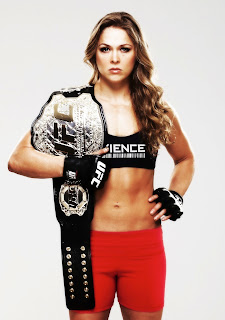 Ronda Jean Rousey (/ˈraʊzi/; born February 1, 1987) is an American mixed martial artist, judoka and actress. She is the first and current UFC Women's Bantamweight Champion, as well as the last Strikeforce Women's Bantamweight Champion. She is undefeated in mixed martial arts, having won eleven of her twelve fights in the first round and nine by armbar. Rousey was the first U.S. woman to earn an Olympic medal in Judo at the Summer Olympics in Beijing in 2008. 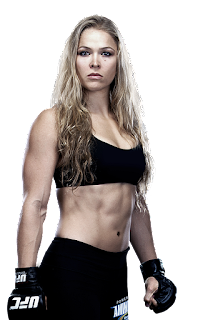 As for her acting career, it's just getting going:


Rousey co-starred in The Expendables 3 (2014), marking her first role in a major motion picture. In 2015, she appeared in the film Furious 7, and was one of the female leads in the film Entourage.

I'd love to see her kicking an aging Steven Seagal's ass all over the silver screen. As long as she doesn't beat up Chuck Norris. 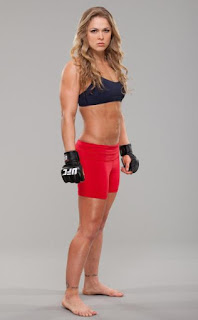 Rousey appeared nude on the cover of ESPN The Magazine's 2012 Body Issue and in a pictorial therein. Touching upon the strategic cropping, poses, and arm placement used in the photos to make them less revealing, Rousey explained: "With all these ring girls and their vaginas – all of this goes back to advice my mom gave me. She gave me this one piece of advice, which I still hold dear. She said, 'Look, whatever pictures you put out there are gonna be out there forever, so just think that one day your 12 or 13-year-old son or daughter is going to see those pictures. Whatever you want your son or daughter, or even your 13-year-old little sister to see, keep that in mind.' So, whatever I’m not gonna show on a beach, I'm not gonna show in a magazine. These girls are going to have to explain to their kids one day why mommy's ass and vagina are all over the place."

When she smiles, she's also pretty good looking, and not afraid to model a bikini or two: 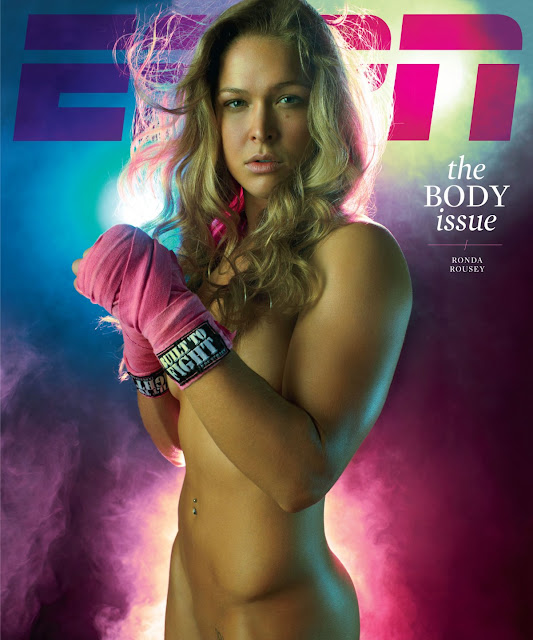 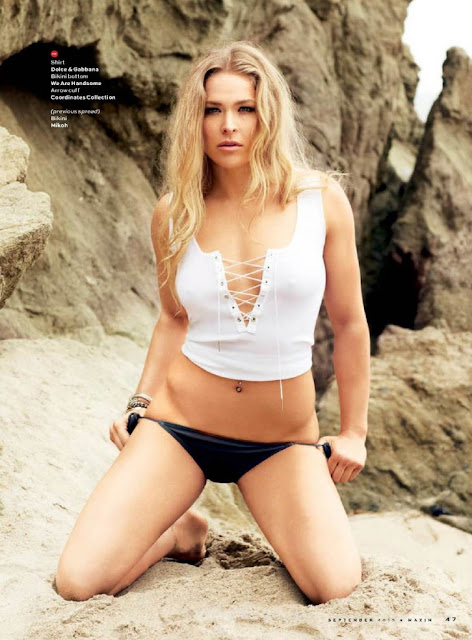 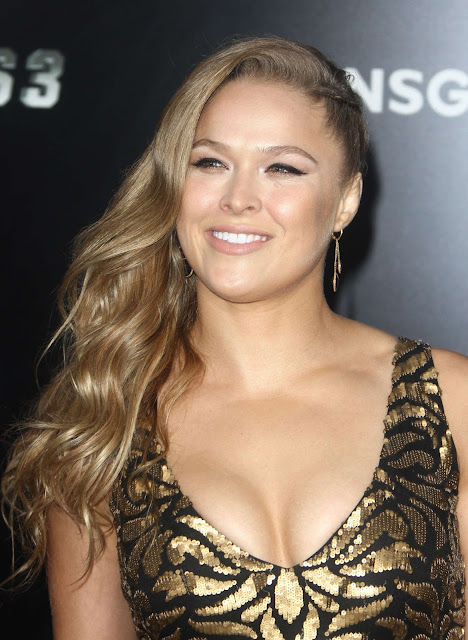 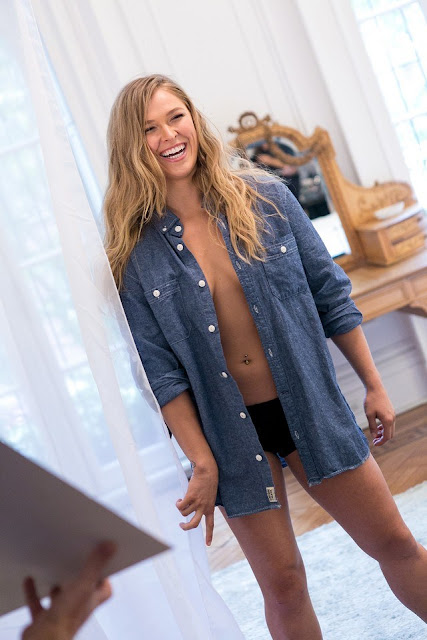 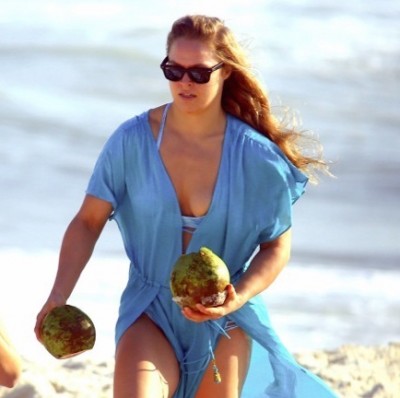 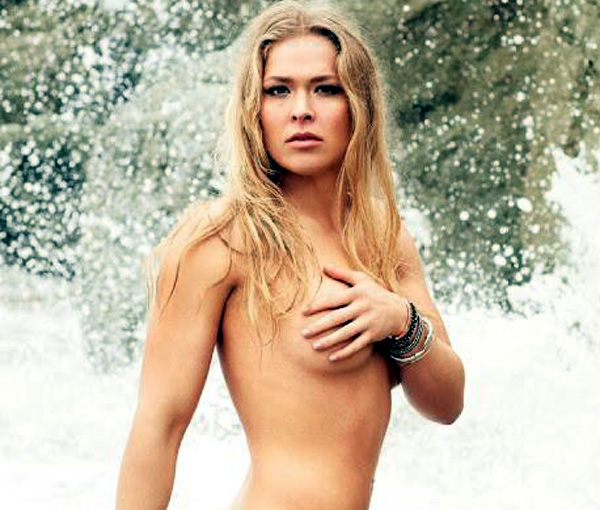 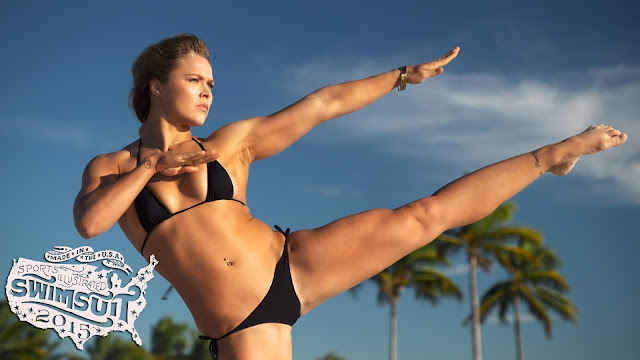 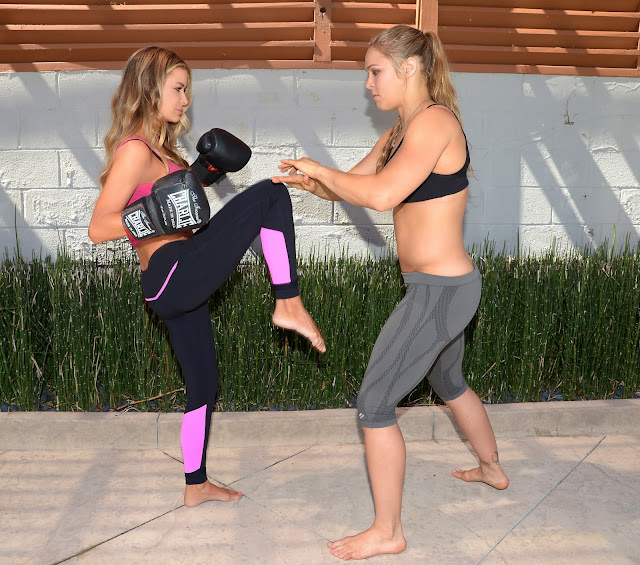 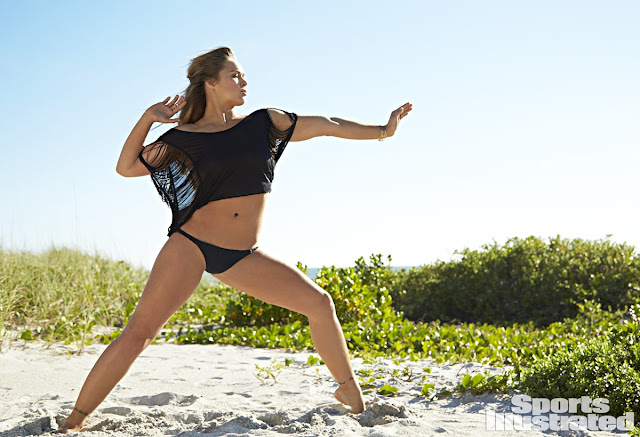 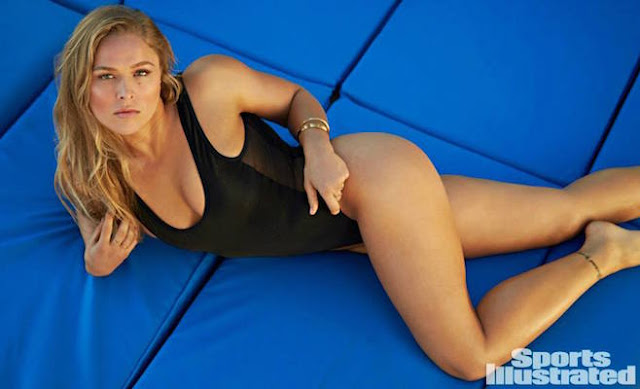 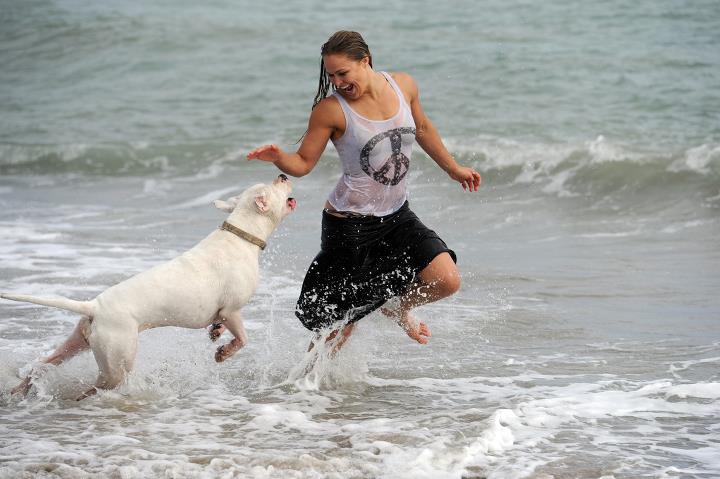 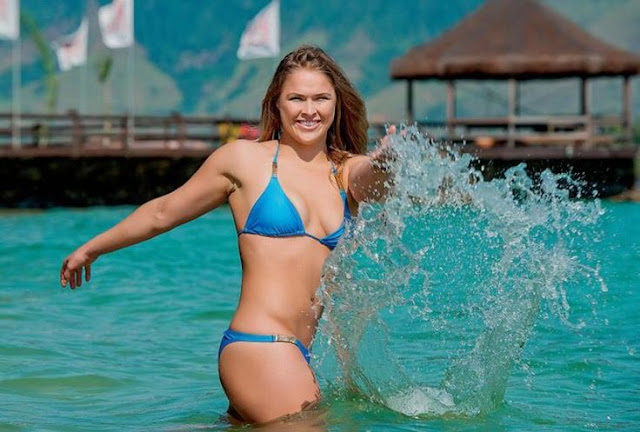 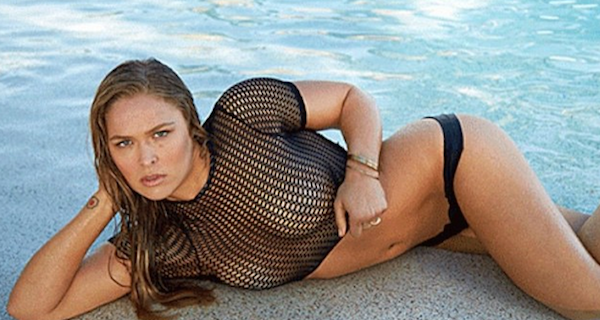 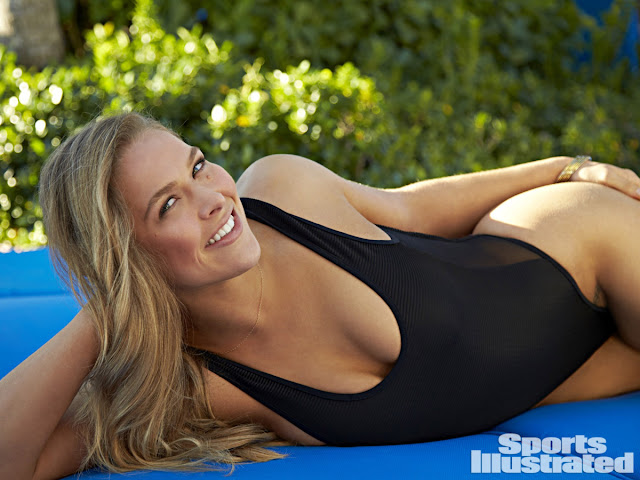 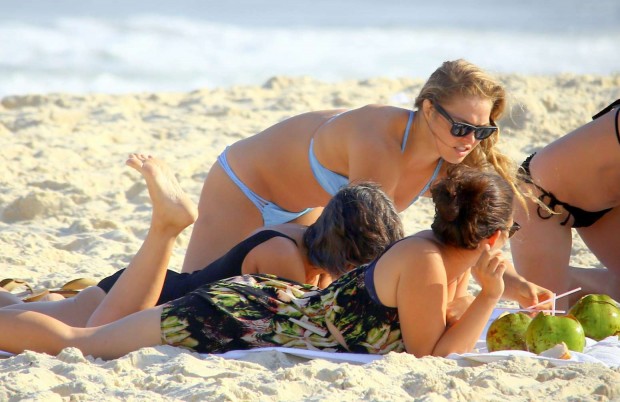 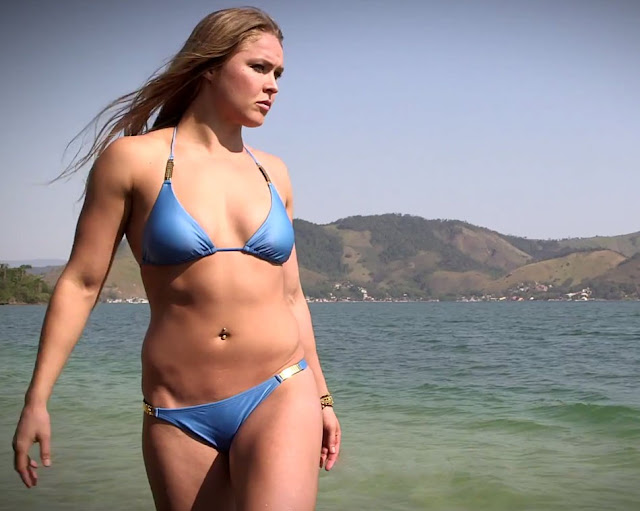