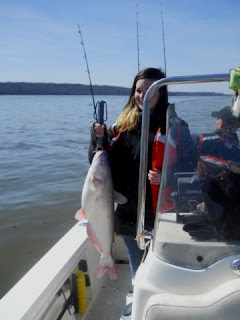 “The wild blue catfish is one of the greatest environmental threats the Chesapeake Bay has ever faced,” said Tim Sughrue, executive vice president of a Jessup, Md., seafood company and a former waterman and biologist.

Like making lemonade out of lemons, Virginia is considering turning the slimy, bug-eyed catfish into fillets on your plate. 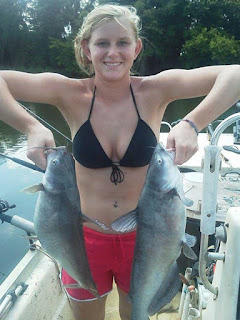 They're not that bad looking!

In a state sanctioned-experiment, Poquoson waterman George Trice is pulling thousands of pounds of blue catfish a day from the James and Pamunkey rivers. If all goes according to plan, he will reduce the number of the troublemaking fish while expanding the commercial market for them.

In a highly unusual move, Trice is catching the fish by sending an electric current into the water to stun them and then scooping them up before they recover.

Called electrofishing, it’s the high-tech version of shooting fish in a barrel. Researchers have long used it, but not watermen.

The Trice experiment could lead to a day when multiple watermen take blue cats that way in Virginia. 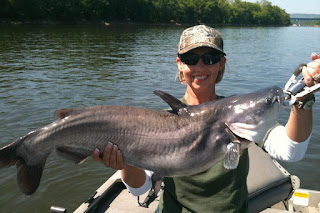 While I hear a lot of predictions that the Blue Cats are going to eat the competition out of house and home, I've seen very little evidence of it actually presented. Certainly, they are big fish, with big appetites, but the Chesapeake tributaries they have invaded are insanely productive (too many nutrients is a real problem and not an imagined one).

On the other hand, I don't really care if the watermen try to thin the herd. But it would be nice if they threw back some of the trophy sized fish for anglers to catch the hard way.