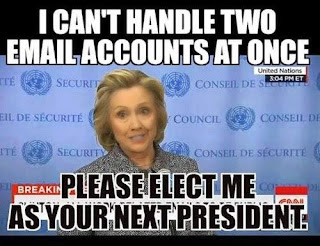 The inspector general for the Intelligence Community notified senior members of Congress that two of four classified emails discovered on the server Clinton maintained at her New York home contained material deemed to be in one of the highest security classifications - more sensitive than previously known.

The notice came as the State Department inspector general’s office acknowledged that it is reviewing the use of “personal communications hardware and software” by Clinton’s former top aides after requests from Congress.

“We will follow the facts wherever they lead, to include former aides and associates, as appropriate,” said Douglas Welty, a spokesman for the State Department’s inspector general.

See Ace for a deeper discussion of the level of security involved and its importance.

Remember, these are only 2 emails of a sample of 40 emails from Hillary that she and her lawyers released as work related. There are ~30,000 such emails "in custody" and 30,000 more that were allegedly non-work related, and deleted and the server erased. 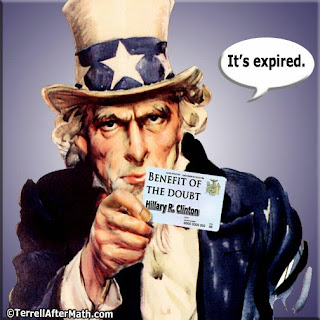 Meanwhile Hillary does her best "You'll Never Take Me Alive, Coppers": Hillary Clinton swears: I turned over all my required e-mails


Democratic presidential front-runner Hillary Rodham Clinton, facing questions over her use of a private e-mail system while secretary of state, signed a statement over the weekend declaring “under penalty of perjury” that she has turned over to the government all of the e-mails that were federal records.

The statement, which the State Department submitted to a federal court Monday, matches what she and her campaign have said for months about her exclusive use of a private e-mail account and server to conduct public business.
. . .
In a statement that begins, “I, Hillary Rodham Clinton, declare under penalty of perjury that the following is true and correct,” Clinton also acknowledges that her top aide, Huma Abedin, used an account on the same private domain for public business. She states that another aide, Cheryl Mills, did not use the domain, ­clintonemail.com.

It's pretty hard to imagine that as people look over old emails from Hillary.com there won't be at least a few work related emails that got past the team of lawyers who allegedly sorted 60,000 emails into "work related" and "non-work related." What level of review can be that perfect? 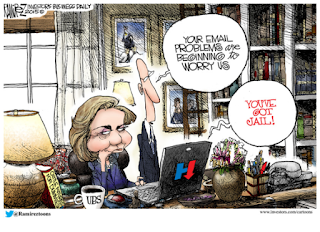 
The FBI has taken possession of thumb drives containing Hillary Clinton’s emails, some of which have been deemed to contain highly sensitive classified information, according to a U.S. official briefed on the matter. The official was not authorized to be quoted publicly and spoke on condition of anonymity.

Clinton’s lawyer, David Kendall, turned over the emails after the FBI determined that he could not remain in possession of the classified information, the official said. The State Department previously had said it was comfortable with Kendall keeping the emails at his Washington law office.
. . .
Her campaign and Kendall did not immediately respond to a request for comment.

The FBI is looking into the security of the Clinton email arrangement. There is no evidence she used encryption to shield the emails from foreign intelligence services or other prying eyes. 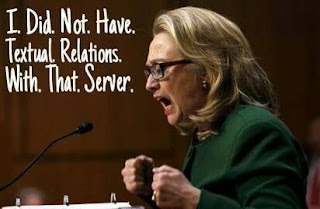 At last, Clinton.com gives up the email server in question, after having sworn it never contained classified data:


Hillary Rodham Clinton's presidential campaign casts her decision to turn over her personal email server to the Justice Department as cooperating with investigators. Her Republican critics suggest that the move and new revelations about classified information points to her malfeasance as secretary of state.

Two emails that traversed Clinton's personal system were subsequently given one of the government's highest classification ratings, a Republican lawmaker said.

Federal investigators have begun looking into the security of Clintons' email setup amid concerns from the inspector general for the intelligence community that classified information may have passed through the system. There is no evidence she used encryption to prevent prying eyes from accessing the emails or her personal server. 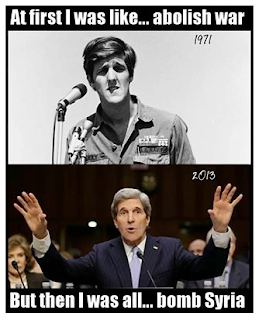 It is now generally acknowledged that the Chinese, to name only one interested party, have hacked most private emails of top government officials, including her successor as Secretary of State, John Kerry.


As for his own email, Kerry said he keeps the possibility in mind.

"It's very possible ... and I certainly write things with that awareness," he said.

NBC News reported this week that the government has determined Chinese hackers have been snooping on the personal email accounts of top U.S. officials since 2010.

But I'm pretty sure the free version of McAfee Anti-virus on the Clinton.com server kept them out. /snark 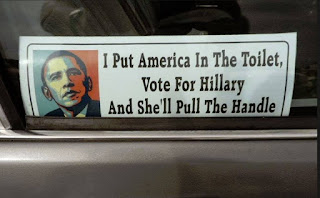 Could Barack Obama be blackmailing Hillary to stay on the Iran Deal reservation?


WHY HILLARY SUPPORTS THE IRAN DEAL: “Hillary Clinton is in such deep legal trouble over her emails that she needs the backing of Obama to survive,” Roger Simon writes.

As Victor Davis Hanson wrote on Sunday, Hillary is “hoping that she can stay on the Obama reservation and not earn a David Petraeus-like indictment from the Obama Justice Department.” Will anyone in the MSM ask her — or Obama himself — about the threat he wields over her campaign?

Just what America needs, a POTUS susceptible to blackmail by a previous POTUS (could we just shorten that to PUS?) and various foreign powers.