Ted Tries Windows 10 So You Don't Have To 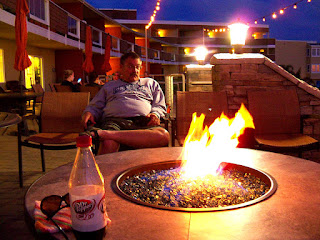 My younger brother Ted, fresh from our joint Pismo Beach adventure, accepts the "free" update to Windows 10 and posted his impressions.

. . . It seemed to boot fast and seemed to have all my programs and settings. Well except for my Printer Driver and Video Card. Too bad it looks like a version of Windows designed for 8 year olds. In fact I’ve had more then one person tell me that screen looked like an XBox with the large clunky icons.

Once I got the right video driver installed it actually seemed like a pretty responsive OS and in fact, someday I might (or might not) go back to it.

Until then it’s nice to know that Macrium Reflect restored the image I’d made the night before (I told you I did a backup) in under 10 minutes. . .

Bear in mind that Ted does this for a living, and is more comfortable swapping operating systems than a "civilian" might be.

I suppose that eventually this computer will wear down totally and need to be replaced, and the new one will have W10, but old dogs and all, I probably won't try it until then.
Posted by Fritz at 7:14 AM