During a break from my current position as roadie (more on that as time bandwidth allow), I took a break behind a restaurant, on a quiet street to look for butterflies to photograph:

The first unusual thing I found was this small dark skipper which was trying to puddle on some mud (I kept disturbing him). It's similar to the Horace's Duskywing we see at home, but a bit different. My internet connection was funky, but when it's faster I expect to identify it fairly easily, but now that it's quicker I suspect it's a Juvenal's Duskywing. I think I might have gotten a peek at, but no picture of a Common Checkered Skipper, too 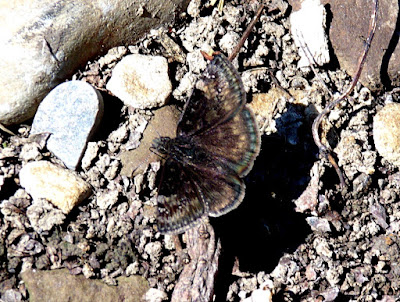 UPDATE: Butterfliesandmoths.org identified it as a Wild Indigo Duskywing. Still a new one on my list.

Next I chased this one (or more likely several different ones) around a while before I got decent pictures. One even landed on me twice in the process: 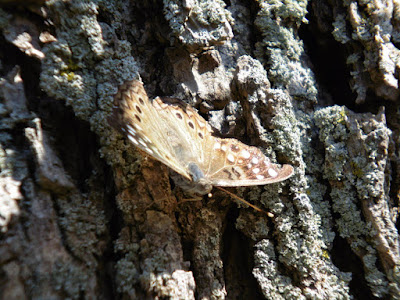 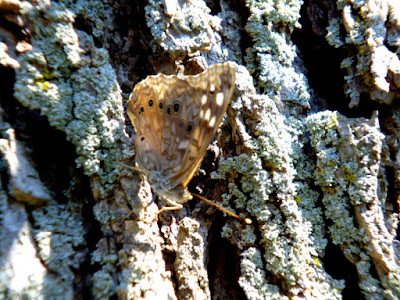 I'm quite confident it is a Hackberry Emperor, and the tree it (or rather they) were inhabiting was a Hackberry. In theory, they should also be found at home in Calvert County, but apparently not without some Hackberries.


Hackberry Butterflies fly in a fast and erratic manner, and rest upside down on tree trunks. Males perch on tall objects in sunny areas to watch for females.