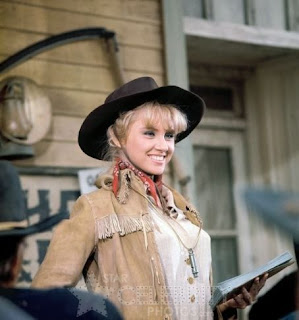 
Melody Patterson, a winsome actress best known for playing Wrangler Jane on the sitcom “F Troop” in the 1960s, died on Aug. 21 in Hollister, Mo. She was 66.

Ms. Patterson died after a long illness, said Jason Bradley of Cremations of the Ozarks,which is handling her funeral arrangements. 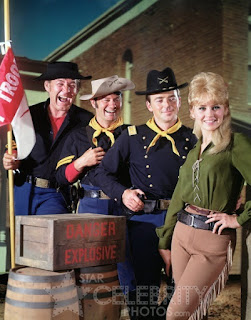 66 is too young. When I see "long illness" I assume it was cancer.


On “F Troop,” a comedy set in the Old West that ran on ABC from 1965 to 1967, Ms. Patterson played a feisty postmistress and storekeeper for a squadron of scheming incompetents at Fort Courage, a fictional Army outpost. Her character was also the love interest of the fort’s captain, Wilton Parmenter, played by Ken Berry. “F Troop” also starred Forrest Tucker and Larry Storch as bumbling officers. 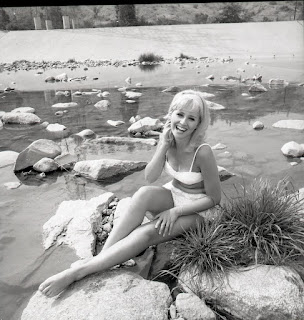 Wait a minute. Larry Storch may have been a "bumbling" non-com, but Forrest Tucker played a world wise and mildly corrupt senior sergeant, not real officers at all. Layers of fact checkers. You could even consult Wikipedia or IMDB.

In a 2001 interview with The Asbury Park Press, Ms. Patterson said she did not mind the innuendo between her character and Mr. Berry’s, even though she was a teenager at the time. “It wasn’t raunchy,” she said. “It was an innocent sexy.” 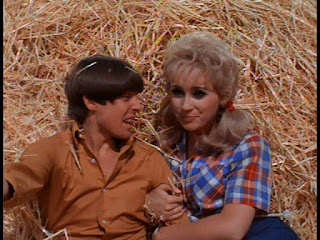 You can do the math, and see that she was 16 when F Troop began shooting. I agree; it was mildly suggestive in a girl chases boy kind of way, but never over the line, even for a teenager to play.


After “F Troop” ended, Ms. Patterson appeared on “The Monkees,” “Green Acres” and other shows. She met the actor James MacArthur after both were cast in the 1968 movie “The Angry Breed,” and they later married. 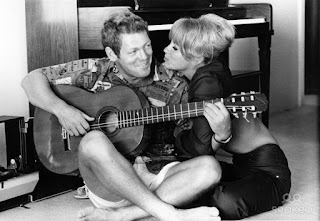 McArthur was the "Dano" in the original Hawaii Five-0.


She largely stopped acting after that, although she did appear in a few episodes of the CBS crime drama “Hawaii Five-0,” on which Mr. MacArthur played a detective, Danny Williams.


In true Hollywood style, she went through two husbands and died on the third.

Linked at Pirate's Cove in weekly "Sorta Blogless Pinup" and links post,  and at Larwyn's Linx. Wombat-socho has "Rule 5 Sunday: Summertime Girls" ready at The Other McCain. 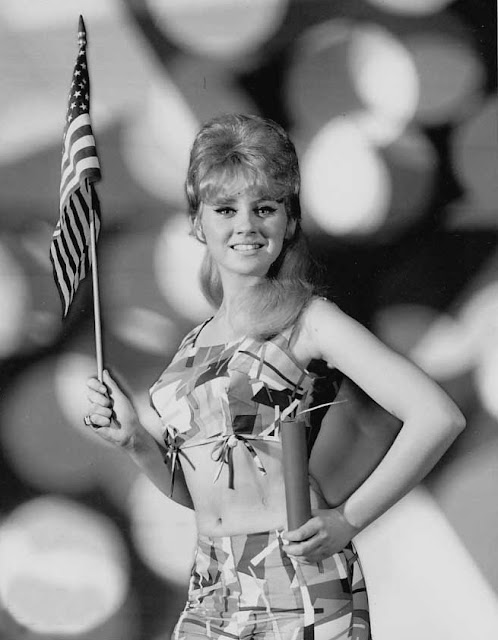 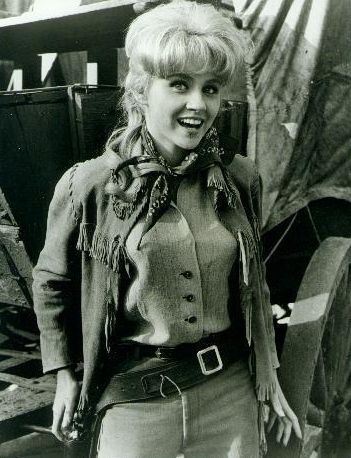 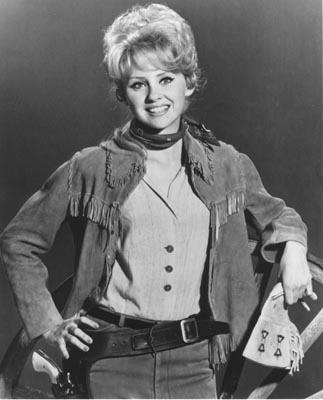 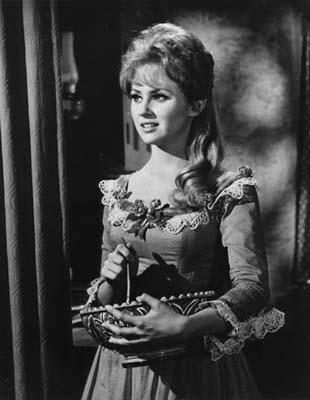 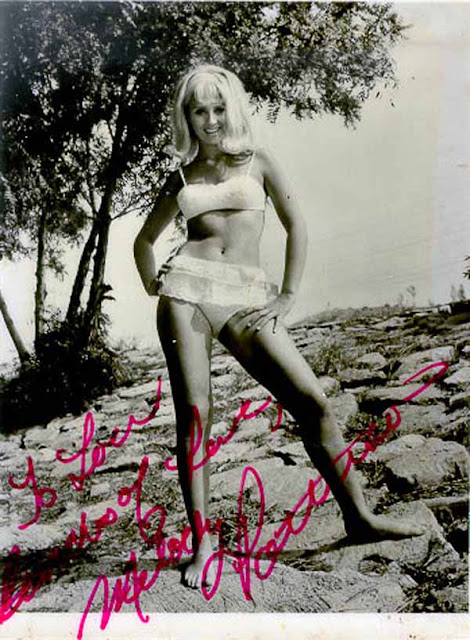 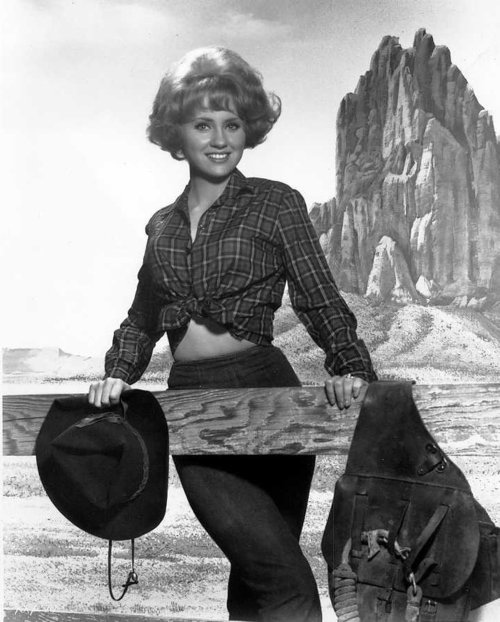 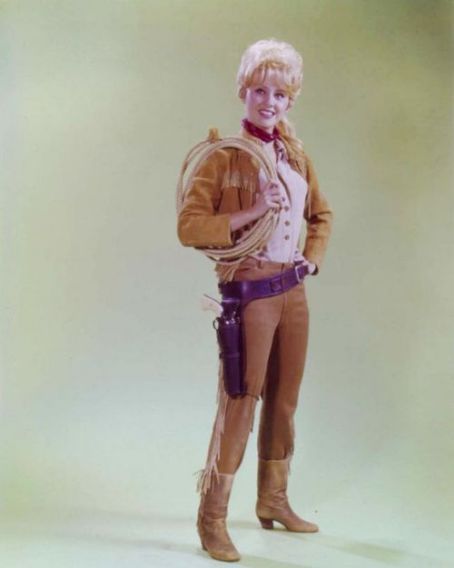