Cruz Takes on the Lesbian Mafia 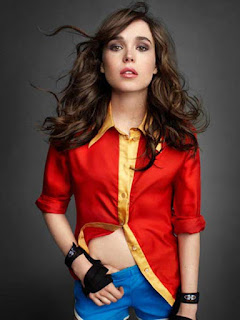 By way of Stacy McCain; Radical Feminism and the ‘Equality’ Trap


Radical lesbian activist @EllenPage decided that @TedCruz needed a lecture from her about equality and discrimination:


DES MOINES — Texas Sen. Ted Cruz and actress Ellen Page, of “Juno” fame, got into a testy and free-wheeling discussion Friday over gay rights here at the Iowa State Fair.
“I’m happy to answer your question but not to have a back-and-forth debate,” Cruz told Page, as she pressed him about discrimination against LGBT citizens, approaching him as he flipped pork chops over an open grill.


. . .
“Imagine, hypothetically, you had a gay florist and imagine two evangelical Christians wanted to get married and the gay florist decided, ‘You know what, I disagree with your faith, I don’t want to provide flowers,’” Cruz said. 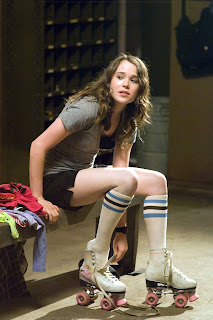 “I would say they should provide the flowers,” said Page, who earlier charged Cruz’s argument was the same used to justify segregation.. . .
The senator went on to say that the much bigger challenge for gay people comes from the Middle East, where they are deeply persecuted by the Iranian government as well as the leadership of ISIS.
“On the left you hear complete silence” — “That’s not true!” Page interjected — “about Iran hanging homosexuals, and yet the Obama administration is sending over $100 billion to a regime that murders homosexuals,” Cruz continued. . . . .
“Why does the Obama administration not stand against this?” Cruz said.
“I don’t know, I’d love to talk to Obama about it,” Page replied
“Then we’re agreed!” Cruz shot back,
“No, no we’re not, don’t do that,” the actress said.
“We’re agreed! Ma’am, we’ve had a long discussion,” Cruz said.
“Yeah, I appreciate it, yeah,” she said sarcastically, and walked away. 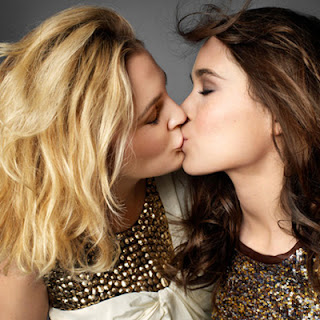 
Unsurprisingly, the liberal media tried to spin this attempted ambush as a courageous triumph for the celebrity lesbian, but Ian Tuttle at National Review isn’t buying the spin:


Alternative headline: “Actress from That One Movie about Roller Derby Confronts Princeton Debate Champ — Goes about as You Might Expect.”

Beyond highlighting Cruz’s expert-level debate skills, the exchange exposed Page’s “rejection of conscience protections altogether, and her endorsement of radical government intervention in all such matters,” as Tuttle says. Her arguments are based in the Equality Über Alles mentality that characterizes not only the militant gay movement, but also the radical feminist movement and the Left in general. Grant them what they demand today, and the radicals will return tomorrow with new demands, because “equality” can never be achieved, not even under the absolute tyranny of a totalitarian dictatorship. The Nobel Prize-winning economist Friedrich Hayek explained that “social justice” is a mirage — it seems to appear up ahead in the distance, but vanishes as soon as you approach it. There will always be someone claiming to be a victim of unfairness, so that to make “equality” (or “social justice” or, more vaguely, “progress”) your goal is to declare war on society itself, to inaugurate what Trotsky called “permanent revolution.”

I don't understand why Cruz isn't doing better among the sweet 16, or whatever number of Republican candidates we're up to now. He's smart, he's conservative, he's civil enough most of the time, with the hard edge that's needed to make a difference when it counts. I'm not saying he's my guy, but he could be.

Wombat-socho enters the fray with "Rule 5 Sunday: Hot Babes In Space."
Posted by Fritz at 6:00 AM