Chesapeake Shad Have Worst Year Since Whenever 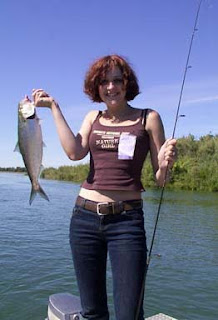 
Many Bay tributaries saw their weakest shad runs in years — perhaps ever — this spring as the silvery fish continues to struggle to make a comeback around the Chesapeake and along the East Coast.

Biologists say the cold winter, cool spring and sudden warmup in the middle of the spawning run may have contributed to the poor spawning run. 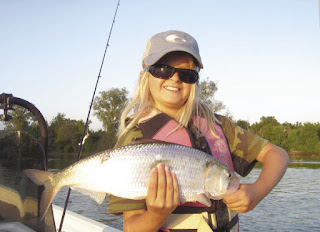 Note the "may have."

“Catches, in general, were extremely low,” said Brian Watkins, a biologist with the Virginia Institute of Marine Science, which annually surveys the state’s major rivers. “What we kept hearing all up and down the coast was the same thing — poor. It wasn’t just a Chesapeake Bay thing.”

There were some exceptions. The shad population on the Potomac River continued its upward trajectory. And shad numbers in the adjacent Rappahannock River also showed hints of recovery. 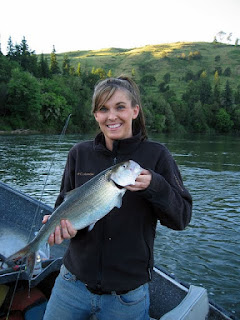 If the weather is to blame, why do the Potomac and Rappahannock Rivers show recovery? I think they're just making shit up, and weather is what we usually blame when fish do something unexpected.


But on the Susquehanna River — once the largest shad spawning river on the East Coast — the 8,341 shad lifted over the Conowingo Dam were the fewest since the multimillion dollar fish elevator began operating in 1997. That continued a steady decline in shad numbers since it reached a peak of 193,574 in 2001.

“It is like we are continuing to find a new bottom here,” said Josh Tryninewski, of the Pennsylvania Fish and Boat Commission’s anadromous fish restoration unit. “It is concerning to say the least.” 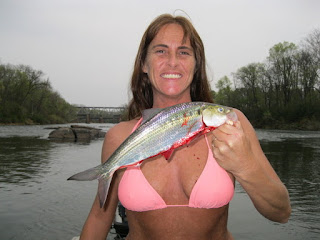 
The James and York rivers had their lowest catch indices since 1998, when VIMS researchers began monitoring.

Let me get this straight. Striped Bass are down, and Bluefish haven't really replaced them as they have in the past. Blue Crabs are down, Croakers have gone way down from past years, Flounder in the Bay are all but gone, and Speckled Trout and Redfish didn't make much of an appearance at all this year, and the managers tell us the Bay Restoration is going gang busters? If this is success . . .

Wombat-socho enters the fray with "Rule 5 Sunday: Hot Babes In Space."
Posted by Fritz at 3:23 PM