Climbing the Stairway to . . .

Federal wildlife officials are calling for Exelon Corp. to overhaul its fish lifts at Conowingo Dam, arguing it's the only way to revive the Susquehanna River's depleted stocks of the iconic American shad, eels and other once-important fish.

In comments submitted to the Federal Energy Regulatory Commission, the U.S. Fish and Wildlife Service recommended the lifts be rebuilt and enlarged as a condition of renewing Exelon's license to generate hydroelectric power at Conowingo.

The service also wants the power company to help more eels get upriver — by truck for now. Rebuilding the dam's fish lifts could cost millions of dollars. Exelon is reviewing the wildlife service's prescription for improving fish passage, said Robert Judge, a spokesman for the Chicago-based parent of Baltimore Gas and Electric. 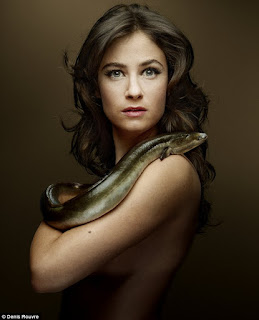 The service's proposal comes after years of negotiations between Exelon and officials from Maryland, Pennsylvania and federal agencies over the dam's relicensing, which has been hung up in part by debates over how to deal with a buildup behind the dam of bay-fouling sediment and nutrient pollution washed down the river.

The company's license to operate Conowingo expired last year, but the federal commission has extended the permit while the parties attempt to work out their differences over the sediment buildup, fish passage and other issues. 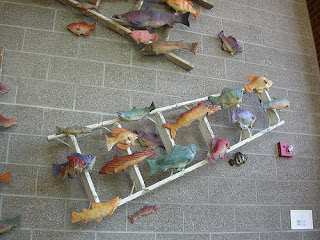 "We've reached a crucial period," said Genevieve LaRouche, supervisor of the wildlife service's Chesapeake Bay field office. "It's a 46-year license. It's kind of a once-in-a-lifetime opportunity to do something."

LaRouche said the service hasn't costed out the upgrades yet. But state and federal officials have previously said current fish passage facilities could be tweaked for less than $1 million, while replacing both fish lifts could run $24 million or more.

I am all for this. While the "environ green weenie" crowd have been all over Exelon for their dam filling up and failing to provide the sediment collection service that it has fortuitously served for nearly 100 years, the lack of ability of fish to reach the upper reaches of the Susquehanna is directly caused by the presence of the damn dam, and it's a perfectly reasonable request to ask them to do it right this time.