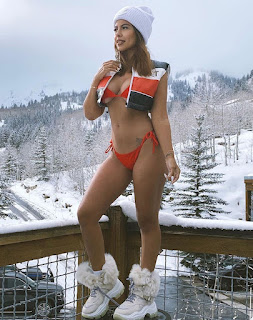 Severe Weather, Snow Extent in the Northern Hemisphere now Among the Highest in 56 years Increases the Likelihood of Cold Early Winter Forecast both in North America and Europe

Snow extent in the Northern Hemisphere at the end of November represents an important parameter for the early winter forecast. This year snow extent is running much higher than average and according to existing global estimates, it is now beyond the highest ever observed so far. Winter forecast, especially in its early phase and in Europe, might be strongly influenced by such a large snow extent, although many other factors need attention.

Northern Hemisphere snow extent is currently indeed very high, now at about 41 million square kilometers, according to the NOAA/Rutgers Global Snow Lab. The most recent snow cover information is given in the image below. 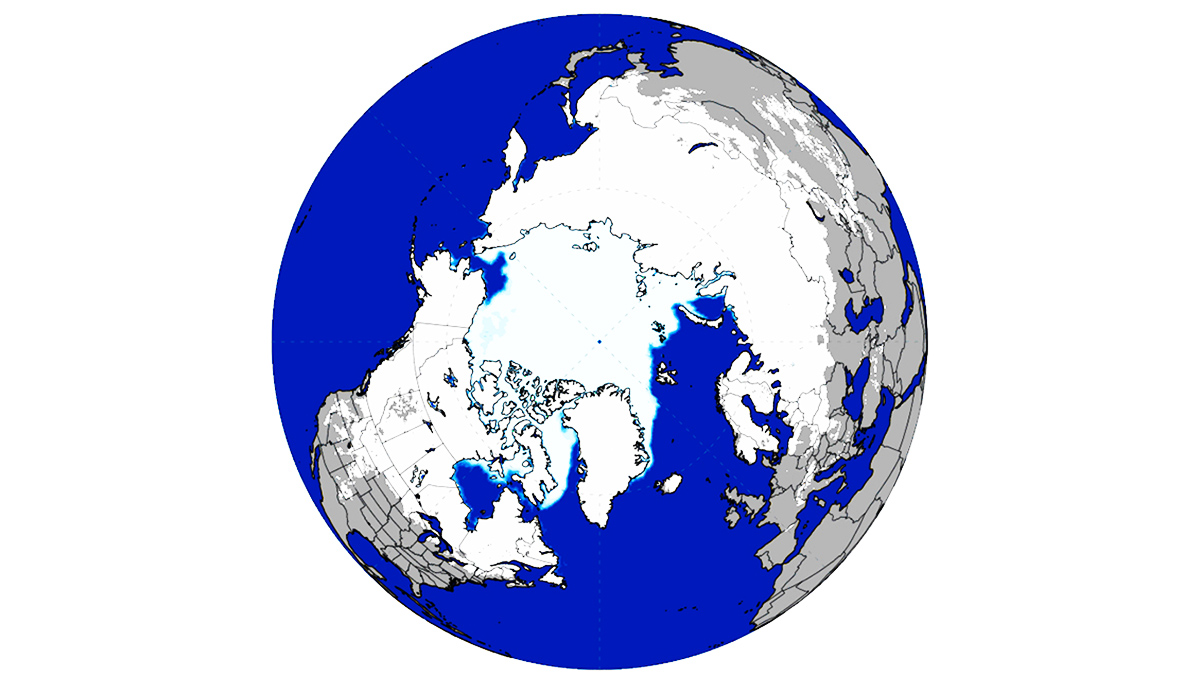 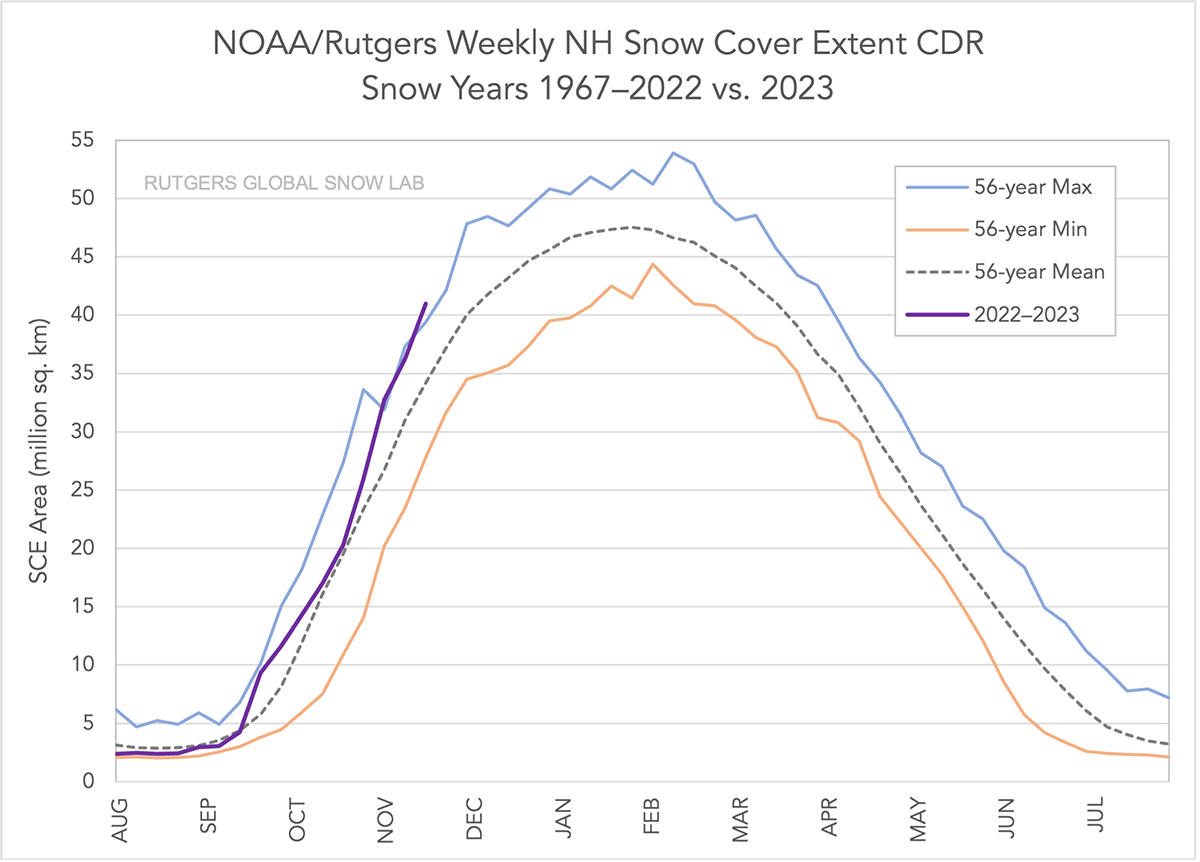 Looking at the below Rutgers Daily Snow Extent map, it is clearly noticeable how Russia is completely covered in snow now. Snow is also seen overwhelming all of Canada, and Alaska, as well as a good portion of the Lower 48. This is an important parameter for the early winter forecast.


You could probably forecast a colder-than-normal winter based on Autumnal Northern Hemisphere snow cover extent alone. It’s the largest snow extent in decades. Having so much snow on the ground means any arctic outbreak is going to be a little bit colder. . . .

A long detailed explanation follows.  From WUWT, Ace Forecaster Bastardi: “Something We Used to See In 1970s”, Warns Of “Spectacular Cold”

In his most recent Weatherbell Saturday Summary, veteran meteorologist Joe Bastardi looks ahead at the winter weather over the coming weeks across the globe.

What definitely distinguishes Joe from forecasters I follow here in Germany is that he doesn’t rely solely on the so-called ensemble models to make his longer term forecasts, but goes way back into the archives and searches for similar patterns that took place even decades ago (analogues) in order to better discern which way the weather is likely to turn in the weeks ahead.

German forecasters like here , here and here like to put out videos once or even twice daily to report on what the many model ensembles are showing, which is something no one really needs a meteorological license to do. Too often you hear these weather pundits suddenly change their 7+ day forecast, in lockstep with whatever the latest ensemble run crunches out. Yet, most of us know that such forecasts are only valid until the next ensemble run because 7 days out the models can and often make U-turns. 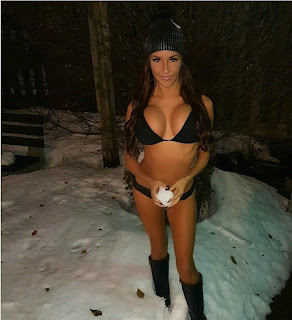 In Joe’s latest forecast, he again makes use of analogue years to forecast weeks ahead. I recall a forecast he made some 2 weeks ago warning that early December likely will turn cold in Europe – long before anyone else – basing it on weather patterns seen over past decades. Lo and behold, now the models are finally seeing wintry weather for next weekend.

In his latest forecast, Joe has become “very concerned” about the coming cold, which is going to be a real problem for not only people in the US, but around the globe. 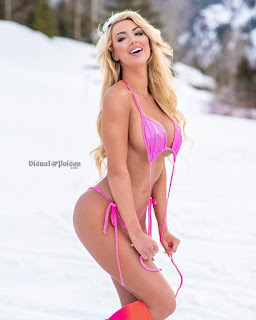 “Mark my word, if this kind of cold shows up, that we’ve been setting up since the end of summer, and it looks like it at least has merit to consider, there’s going to be a blaming on climate change because of the blocking that caused it.”

Joe worries that many countries aren’t going to have sufficient energy to meet the forecast cold challenges, something politically inexcusable in 2022 with all our modern technology. . . .

So far, our fall has been relatively mild.  I hope a turn for the worse is not in store. But being a La Nina year, it seems possible.

The Wombat has Rule 5 Monday: HMS Foxhound/HMCS Qu’Appelle out on time and under budget at The Other McCain.