Chesapeake Dolphins on the Move 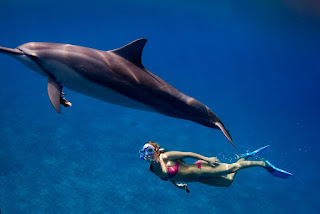 As the Chesapeake DolphinWatch citizen science project wraps up its fifth season on the Bay, researchers say the summer of 2022 brought dolphins further north up the Bay and its tributaries.

The program relies on boaters and waterfront observers to report sightings, locations and photos or videos to a free app that scientists use to track Atlantic bottlenose dolphins’ movements in the Bay. It’s been a growing success since it launched.

“There have been more than 7,000 bottlenose dolphin (Tursiops truncates) sightings in the Chesapeake Bay and its tributaries since the Chesapeake DolphinWatch program started in 2017,” says Jamie Testa, the program’s project director. 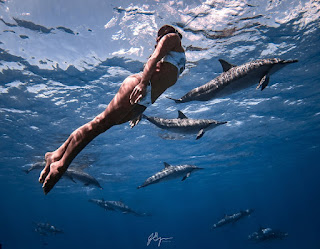 They can be seen frequently leaping in the air or swimming alongside boats. Dolphins have been spotted in this area for hundreds of years, but keeping record of them and where and when on a handy app has only been around for the last five years.

Anyone can visit ChesapeakeDolphinWatch.org to register so when you happen to spot a dolphin, you’re ready to report it. Nearly 13,000 people have signed up for the watch program and the number increases regularly.

Rarely spotted in the Bay during the winter months, bottlenose dolphins are seen frequently between April and September with June and July as the peak months. But when weather is bad, reporting numbers tend to drop, DolphinWatch researchers say. If fewer people are boating, fewer are looking for dolphins, and charting them on the app. 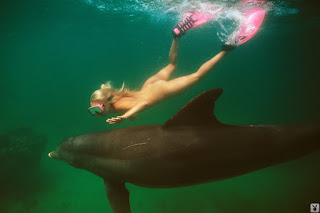 What set this season apart, Testa tells us, is the further reaches where dolphins were spotted.

“Sightings in Stony Creek and Rocks Creek are new this year, as are dolphins farther up the Gunpowder and Sassafras rivers,” says Testa. “A couple have been spotted in the Chesapeake and Delaware Canal. It seems that the animals are going father north this year. It will take some time to compare this year to previous years. We have to look at what the fisheries were doing this year.”

One question the DolphinWatch program will be studying is whether climate change is affecting the dolphin patterns. Are the dolphins moving farther north because of warmer water or because fish populations are moving north and the dolphins are following them?

In addition to the dolphins’ location, the program, which is part of the University of Maryland Center for Environmental Science (UMCES) Chesapeake Biological Laboratory, also delves into how long the mammals stay in one area and what they eat.

Dolphins can go into shallow waters, but they don’t stay there long. They’re opportunistic feeders and will eat invasive blue catfish if they come across the blue cats, which usually stick to fresher water than dolphins do.

I've seen dolphins fairly often while fishing with Pete, but only once from shore at our beach. It's good to see them, it's one of the more positive signs I've seen regarding the health of the Bay.