GOP Insiders Predict Bloodbath on Tuesday (I Hope They're Right)

Jonathon Turley takes note of how Biden Unleashes Tirade Over Musk Restoring Free Speech Protections on Twitter: How Do People Know the Truth?

Elon Musk has not actually changed the “content moderation” policies at Twitter yet, but President Joe Biden went on a virtual rave on Friday over the prospect of free speech breaking out on a single social media site. As a type of censor-in-chief, Biden has led calls for censorship on social media, which have been largely heeded by companies like Facebook and Twitter. Now Biden is accusing Twitter of “spewing lies all across the world” by seeking to reduce one of the largest censorship systems in history. The President lamented that the influence of the media will be “de minimus.” He is a bit late on that front. 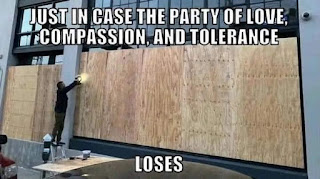 NYPo reports White House may have violated law by deleting fact-checked tweet: watchdog. It's silly, but you know they'd hit Trump for it. From Da Caller, Joe Biden Has Signs Of Dementia, Ben Carson Says In Informal Assessment. Tell me something I don't know. Bonchie at Red State, Joe Manchin Discovers Joe Biden Is a Democrat, Proceeds to Whine Incessantly, while Stacey Lennox at PJ Media sees Karine Jean-Pierre: Biden Regrets That People 'Twisted' His Promise to End Coal. He keeps saying it; you should believe him. Twitchy features SNL’s painful attempt to be funny about how BAD Biden and Democrats look for the midterms just BOMBS. Well, it was funny by recent SNL standards, which is not a high bar. As Erick Erickson at Town Hall says, Democrats, Not Democracy, Are Threatened.

Don Surber catches Democrats demanding to know why aren't they 50 points ahead. Why aren't the plebes joyful about the Democrat driven recession, high crime, and grooming? Jazz Shaw at Haut Hair, Nearly 3/4 of voters oppose trans surgery for children and Barack Obama inadvertently explains why democracy is dying under this administration

When he cautioned people about the threat that a Republican victory on November 8th would pose to democracy, Obama described how things are in countries without a functional democracy, a warning that I assume all of us could take to heart. But he went on to list some examples of things that happen in countries without our rights and freedoms. See if you recognize any of them. Here’s the video of his address. Skip forward to the 34:50 mark. You only need to listen to roughly three minutes of it and then he moves on to different talking points. 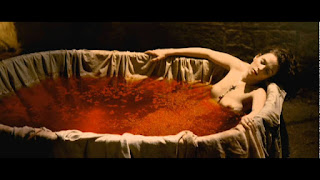 Althouse highlights  RCP's midterm prediction for the Senate. GOP 54, Dems 46. Gabrielle Hoffman at Town Hall thinks If Virginia Could Flip Republican, Other States Can Flip Too. Newt Gingrich delicately predicts A Challenging Weekend for Democrats while other Republican insiders predict Tuesday is going to be a 'bloodbath' for Democrats (John Sexton at Haut Hair).
Fox reports Twitter shocked when multiple US flags collapse at Fetterman rally: 'Perfect metaphor' "RNC Chair Ronna McDaniel summed up scene: 'perfect metaphor for Democrats’ control of Congress'" Beege Wellborn at Haut Hair, Throwing election bones - nothing's falling for Dems but American flags. NewsMax, Blake Masters: Dems 'About to Get a Dose of Democracy' Tuesday. 'Becca Downs at Town Hall sees Another Sign Blake Masters Can Pull This Off? Obama Seems Afraid of Him. Jazz Shaw, NY Gov's poor poll numbers are now being blamed on... sexism?  At NYPo, Insiders say Eric Adams wouldn’t be upset with Zeldin win “He doesn’t even have to lobby the Republicans. They are all on his side when it comes to crime and bail reform, NYPD and all this stuff.” KT at Town Hall notes a Prominent Georgia Democrat backs Kemp, not Abrams, with a surprise endorsement. News Max cites a poll that shows Momentum With GOP's Michels In Wis. Gubernatorial Race. At PM, New Trafalgar PA poll shows Mastriano and Shapiro in tight race for Governor, gap has narrowed in final weeks. "The two have never met face-to-face for a debate." Leah Barkoukis at Town Hall records how Tudor Dixon Rips Colbert Over His So-Called Apology.
'Bonchie' again, Trump Engages in Friendly Fire, Goes After Ron DeSantis at Rally. Capt. Ed at Haut Hair heralds The return of "fake but accurate": The NYT's weird DeSantis hit piece "Well, wait! There’s a video, the New York Times helpfully informs us. Except that it’s not a video of DeSantis, but — I kid you not — it’s a fake video by an unhappy student that was meant to satirize DeSantis"
At Twitchy, Rep. Liz Cheney fills in Putin puppet Rep. Marjorie Taylor Greene on Soviet history.  A great thread. I do look forward to MTG being appointed to the new J6 committee. At NYPo, Democrat Rep. Sean Patrick Maloney’s idea to combat inflation: have some Chef Boyardee. Out of touch, much? At the Victory Girls, Democrats Begin To Consider Life After Pelosi.
Stacy McCain, Gosh, Some People Seem Awfully Worried About Election ‘Misinformation’ Now.

The “cabal” that bragged of foisting Joe Biden on us — because let’s face it, we’re talking about the same people — apparently feel that their power to control upcoming events has been impaired.

Twitter layoffs gutted
election information teams
days before midterms
— Washington Post
What Twitter’s Shake-Up Could Mean:
Midterm Misinformation Run Amok
— New York times
Days before the midterms,Twitter lays off employees
who fight misinformation
— NBC News
By “fight misinformation,” of course they mean, silence Republicans. And the fact that all these alleged “news” organizations are singing in unison from the same hymnal tells you an awful lot about how the media see their jobs nowadays, i.e., as propagandists for the Democratic Party. 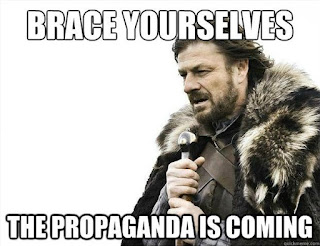 Althouse, cites WaPoo, "Devastating cuts to Twitter’s workforce on Friday, four days before the midterm elections, are fueling anxieties among political campaigns..." "I wonder which "national party" is expressing this anxiety to The Washington Post — which party relied on Twitter moderation to protect its interests in the run-up to the elections. David Strom at Haut Hair, Censorship is their last redoubt.
Things that make you go hmmm, at PM, Outage in PA voter database as election day nears.
"Commonwealth Enterprise is experiencing a widespread outage which is impacting various services of SURE. This outage is currently impacting report, correspondence, and poll book generation," and Fox reports Human error results in more than 1,000 unsent absentee ballots in metro Atlanta ahead of midterms. Will that be Stacy Abrams excuse for losing? ET has an INFOGRAPHIC: The States That Changed Mail-In Voting Rules for 2022 for better or worse. And 538 helpfully projects When Will We Know 2022 Midterm Election Results? A complete guide to poll closing times, vote counting and races to watch in every state.
On the Pauli Pelosi incident, Matt Margolis at PJ Media observes NBC Says Paul Pelosi 'Did Not Immediately... Leave His Home' When Police Arrived [UPDATE: NBC Retracts!]. Sundance at CTH, NBC Broadcasts, Then Deletes, a Report From San Francisco That Directly Contradicts FBI Statement About Pelosi Attack. Neither has a great record. Ace has an Update on Illegal Alien Nudist Hemp Jeweler BLM-Flag-Flying Ultra MAGA Mega Republican. Stu Cvrk at ET, The Political Violence Double Standard, "If it is at all possible, Democrats spin all events for political purposes"
Sadly at ET, Jack Phillips hears Former AG Barr: There Will Be ‘No’ FBI Accountability After Russiagate Controversy When asked by the Washington Examiner in a Nov. 3 article about whether he believes “there will be any accountability” for the FBI’s actions toward Trump, Barr replied, “Accountability in the sense of criminal or civil penalties? No.” However, he appeared to concede that the FBI has taken damage to its reputation but is being protected by mainstream media outlets." At JTN, House GOP Judiciary drops 1,050-page report on FBI whistleblower 'politicization' disclosures "The members called the report "the first comprehensive accounting of the FBI's problems to date." At NYPo, ‘Politicized bureaucracy’ has FBI ‘rotted at its core,’ GOP charges in shocking report. From This Ain't Hell, FBI plagued by abuse, manipulation, rampant corruption, bias… Report. At PJ Media, Lincoln Brown has 'Broken Culture': House Republicans Release Whistleblower Report on DOJ Abuses [Read Full Report Here]. At Da Fed, Ellie Purnell highlights what she thinks are the 4 Kookiest Cases The DOJ Pursued While Letting Pregnancy Center Firebombers Walk Free. Also at ET, EXCLUSIVE: Mike Lindell to Appeal After Judge Denies Bid to Reclaim Seized Phone
At Breitbart, Media Ignore Physical Attack on Republican Gen. Don Bolduc.
At the Babylon Bee, Report: It’s Not Even Thanksgiving And Liz Cheney Is Already Putting Up Her January 6th Decorations 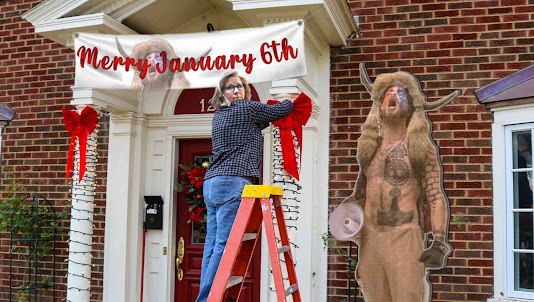