Can Acorns Save the Bay?

I doubt it. But, at the Bay Bulletin, Acorns In Short Supply: Volunteers Collect Acorns For A Cleaner Bay Watershed

Raking up fallen leaves is a staple of autumn yardwork. But for some people in Maryland and Virginia, fall is also acorn collection season. These all-too-often ignored seeds are actually critical to creating a future Chesapeake Bay watershed that has cleaner air, cleaner water, and more green spaces for all.

People who collect acorns are a large part of making this future possible. During the 2022 acorn collection season, which ended in October, public contributions in Virginia were higher than ever.

Joshua McLaughlin, the assistant nursery manager at the Virginia Department of Forestry’s Augusta Nursery, estimated that four to five tons of seeds were collected by the public. McLaughlin explained that the nursery will grow the seeds for a season before selling the seedlings for primarily reforestation, riparian buffers, and watershed planting projects on private and state property.

“We’re thinking about the forests of tomorrow,” he says.

Rebranded from a previously fizzled program, Tomorrow’s Trees focused this year on laying the groundwork for future acorn collection and tree planting work. They helped to establish seed drop off sites and built capacity within communities so they can run their own seed collection, since seeds drop off trees at different times each year.

Acorn collection is more important now than ever because of state tree planting targets. Virginia has a goal in their plan to clean up the Chesapeake Bay to plant nine million new trees by 2025. Last year, Maryland passed a law requiring the state plant five million native trees by 2031.

“These initiatives put pressure on state nurseries,” Dickenson explains. “Every seed that you plant isn’t going to germinate. If you want to plant five million trees, you’re going to need tens of millions of seeds.”

“Good quality, native tree seeds are one of our most limiting factors to achieving our 5 million trees goal,” Anne Hairston-Strang, acting director of the Maryland Forest Service, said.

Public acorn collection can make the difference for these state nurseries that are competing with commercial suppliers for the same seed stock. People power can also help out staff like Francis Smith, a natural resources planner with the Maryland Department of Natural Resources, who is the only staff member delivering seeds to the state nursery.

“We are obviously in need of volunteer help,” he said.

Last year, I think our yard alone could have provided most of the 4 or 5 tons of acorns sought. This year, we had hardly any. That's the way it goes with trees that have mast years.

We lost a big oak in the back lot last night. We had noticed it was leaning, but based on the direction of the lean, we thought it wasn't going to hit anything costly. Fortunately we were right. 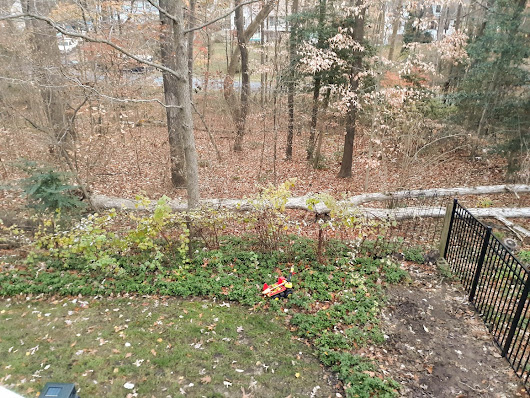 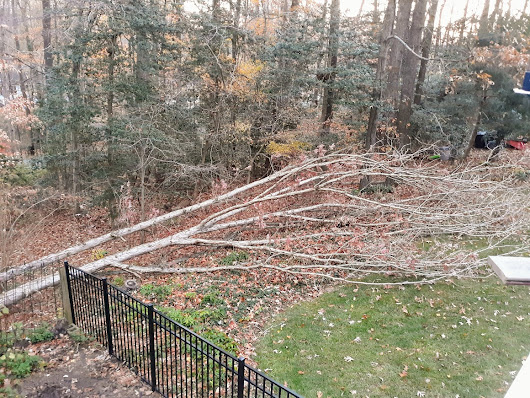