A really big shew today. Lets get to it. Media Meme busted as, via the Wombat's In The Mailbox: 06.09.21, Nice Deb at Am Great informs us IG Report: President Trump Did NOT Order the Park Police to Clear Out ‘Peaceful Protesters’ With Tear Gas For a Photo Op

According to the IG investigation, “The evidence we obtained did not support a finding that the USPP cleared the park to allow the President to survey the damage and walk to St. John’s Church.”

In reality, the protesters were being cleared so that anti-scale fencing could be installed in the wake of the violent riots of May 30-31, according to the report.

Sundance at CTH, Another False Narrative Exposed – IG Report Shows Lafayette Park WAS NOT Cleared Using Tear Gas So President Trump Could Attend St Johns Church. Ace,  Finally The Truth Comes Out: No, President Trump Did Not Order the Park Service to Clear Out the "Protesters" With Tear Gas to Do a Photo Op Honestly? I wouldn't care if he had.

Remember when Trump crossed the street from the White House to the Episcopal Church that antifa and BLM "protesters" had lit afire?

And the media -- and NeverTrump Fellow Travelers -- claimed this was a Napoleon-like "whiff of grapeshot" and Seriously You Guys Fascism. Get this -- they lied. I shan't believe it. I simply shannot!

John Sexton at Hot Hair, IG report: Clearing of Lafayette Park was motivated by fencing not a Trump photo op (Update) and Twitchy, Glenn Greenwald pulls up CNN’s coverage of those peaceful protesters being gassed and shot for President Trump’s photo-op

From the Wombat's In The Mailbox: 06.08.21, and also from Nice Deb at Am Great, Georgia Judge Orders Audit of 147K Fulton County Absentee Ballots After Reading Poll Workers’ Affidavits. Dan Chaitin at WaEx, Plaintiff says up to 20,000 'probably false ballots' cast in Georgia's Fulton County. Human Events, MORE FROM GEORGIA: ‘Pristine’ Biden Ballots that Looked Identical & Photocopied. Behind the Black, Tens of thousands of Georgia Biden ballots were likely just duplicate copies of one ballot. A useful refrain also from  the Wombat's In The Mailbox: 06.08.21, Am Think, What If Proof Of 2020 Election Fraud Develops? 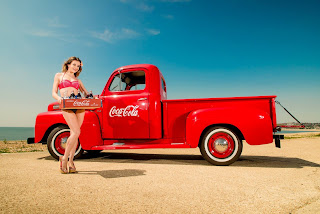 Also via the Wombat's In The Mailbox: 06.09.21, John Smith at Am Think, Was George Gascón Elected by Fraud? Relies on Benford's Law, which may, or may not apply, depending on the data set. Breitbart, Stacey Abrams Group Launches Campaign to Rally Minority Voters Around ‘For the People Act’. From ET, Iowa Gov. Kim Reynolds Signs Law Banning Ballot Harvesting. Matt Margolis, North Carolina County Bans Coca-Cola Machines in Response to Company's Opposition to Voter Integrity Laws – PJ Media. Alex Nitzberg at JTN, Georgia lawmakers rally around lawsuit targeting MLB for moving All-Star game out of Atlanta 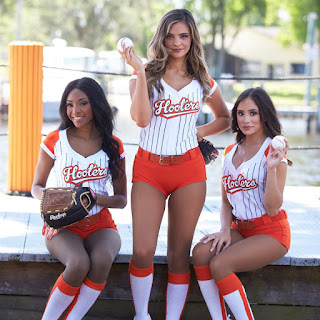 TR Clancy at Am Think, Biden's Jan. 6 Narrative Just Got Even More Ridiculous as Senate Report Reveals ‘Widespread Breakdowns’ In Security, Intelligence Around Jan. 6 Riot. Eric Lendrum at Am Great, Senate’s January 6th Report Places Blame on Federal Law Enforcement, Failure of Planning and Response. Fuzzy Slippers at LI, Chuck Grassley to DOJ: Explain Discrepancy In Application Of Law For BLM/Antifa vs. Capitol Rioters. Daniel Greenfield at Front Page, Bishop Garrison: Biden’s Racist Tool for a Military Purge, "Are you now, or have you ever been, a member of the Republican party?" Stacy McCain, Whose ‘Democracy’ Is This?

Since January 6, every liberal on cable TV news has been declaring that “our democracy” is endangered by Trump voters who don’t believe Joe Biden won the election fairly. The latest outburst, by New York Times columnist Mara Gay, depicted the American flag as a racist symbol of this alleged threat to “our democracy.” Having spent some time studying this problem, I finally located the root of the error . . .

And of course, there's still much weeping and wailing and gnashing of teeth regarding Joe Manchin. From Fox, 'Squad' Dem Cori Bush to Joe Manchin: Fall in line or 'get out of our way.' Capt. Ed again, Senate Dems fret: How do you solve a problem like Joe Manchin? Rick Moran at PJ Media, Democrats Pressuring Biden to 'Do Something' About Joe Manchin. At Human Events, Manchin Says He Won’t Budge on Voting Bill Opposition but David Catron at Am Spec wonders Can Manchin Be Trusted on Voter Integrity? How are the voters expected to tell?, double but at WaEx, Salena Zito says Joe Manchin's West Virginia values mean 'No' means 'no'.

The Wombat has Rule 5 Sunday: Quiet, Please and FMJRA 2.0: Working Bars & Sideshows, Along The Twilight Zone ready and waiting.