From Beyond the Black, Today’s blacklisted American: College volley ball player blackballed for her opinions


A college volley ball player at the University of Oklahoma, Kylee McLaughlin, was blackballed from her team because she refused to endorse the agenda of Black Lives Matter and voiced her own conservatives opinions during a team discussion after viewing a left-wing political film about American prisons.

When she also expressed some of her conservative opinions on social media, her coach demanded she delete the post immediately and call all the team’s coaches and players to apologize. 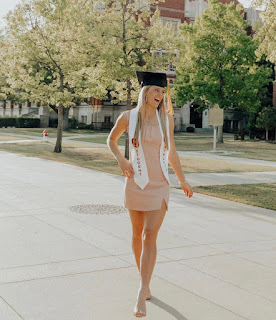 The legal document says: ‘Although (McLaughlin) supports equality, social justice, and finds racism despicable, she disagreed with the WOKE culture and critical race theory advocated and practiced by two of her coaches who are the Defendants in this action.’

She said coaches and administrators later told her she did not fit in with the culture and gave her three options to continue at the university without playing time. She was given the choice of transferring, continuing on scholarship as a non athletic student or taking a redshirt year, keeping her scholarship and practice separately from the rest of the team. During the redshirt year, she was made to carry out more than 10 hours of online diversity and inclusion training, she said. 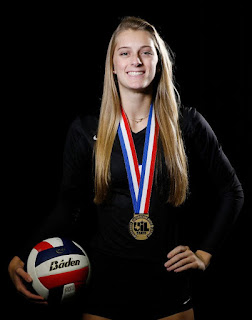 She didn’t say anything racist, she merely disagreed with the leftist agenda of the movie they saw. But since “one black teammate” was offended and determined without challenge that she was racist, the coaches decided they had to blackball her.

The good news? She quickly transferred to another school, while instituting a $375,000 lawsuit against the University of Oklahoma and its volley-ball coaches.

The former Sooners All-Big 12 player, who has since transferred to the University of Mississippi for her final year, is suing OU, coach Lindsey Gray-Walton and assistant coach Kyle Walton for $75,000 each over five complaints. 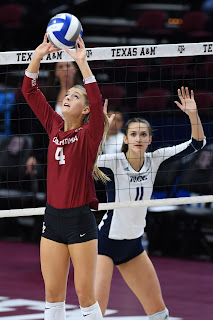 I hope she wins big, and bankrupts these intolerant Stalinist coaches.

Meanwhile, Oklahoma state legislators and private donors should be taking a close look at this publicly funded school. Maybe that public funding and any private donations should disappear for a few years, if not forever. This school apparently does not believe in the first amendment and due process.

Oklahoma citizens should in turn have second thoughts about attending such a school. Why go there if you know you will not be allowed to speak freely, as all Americans have the right to do?

She should be suing for more.

The Wombat has Rule 5 Sunday: Quiet, Please ready and waiting.