Democrats are still furious about Joe Manchin's refusal to kneel down and allow them to take over the country via voting "reform", and ending the filibuster. From the Wombat's In The Mailbox: 06.07.21, Don Surber: Suddenly Democrats Hate Bipartisanship, Outkick: Alleged Sports Reporter Jemele Hill Calls Sen. Manchin A “White Supremacist, White Dude”, to be fair, he is a white dude. And Victory Girls: Manchin Says No To S.1 And The Left Flips Out.  At Hot Hair, Capt. EdHouse Dem: "Joe Manchin has become the new Mitch McConnell". Ace, Joe Manchin Insists He Will Not Ever Vote to Undo the Filibuster, and the Leftwing Media -- Including the Leftwing NeverTrump Movement -- Denounces Him Viciously. Manchin disappoints the leftwing pressure group called "the press."

But John Sexton at Hot Hair claims If you strike down Joe Manchin two more will take his place. Hmm. It might be worth a try. At Da Week even Damon Linker thinks Joe Manchin is right, "The For the People Act is a badly flawed bill that shouldn't pass in its current form". Debra J Saunders calls it Bad Election Rules and Stupid Media Tricks, "Democrats push legislation to nationalize presidential races and keep advantageous provisions active after the pandemic." At Da Fed, Nathan Lewin contends Even If Congress Pretends H.R. 1 Is Constitutional, The Supreme Court Can’t. I wish I had that much faith in the Supes. PM. BREAKING: Biden admin claims controversial voting act is a 'national security issue' Yeah, they might lose an election they might otherwise be able to steal.

Regarding the Capitol Incursion, At Human Events, Jim Hanson calls it  An Invented Insurrection, and details "How the left is trying to criminalize conservatism." Bloomberg highlights The Sedition Hunters "Amateur internet sleuths have turned the Washington, D.C., insurrection on Jan. 6 into the ultimate online manhunt." Left-wing vigilantes. Tristan Justice at Da Fed, notices that After Ignoring BLM Riots, Federal Prosecutors Demand Capitol Riot Defendants Pay For Damages and Julie Kelly at Am Great calls it Another January 6 Falsehood: $30 Million in Damages to the Capitol, "If the day was as bad as authorities say, why do they have to keep lying about what happened?"

Henry Rodgers at Da Caller, calls out ‘Justice Must Be Administered Equally’ — Republican Senators Demand Answers For 2020 Riots, Capitol Riot From DOJ. At TNP Chris Farrell claims If There’s No Justice For Ashli Babbitt, There’s No Justice In America’s Future.

Had Babbitt been shot down by police at a Black Lives Matter demonstration you can imagine the response from progressives and the media. Would the name of the police officer who shot Babbitt still be a mystery? Hardly!

CNN, Rep. Mo Brooks served with lawsuit related to his role in Capitol insurrection  Carly Roman at WaEx on how  Eric Swalwell 'finally' serves Mo Brooks with Jan. 6 riot lawsuit. This is certainly an abuse of process.

Rep. Eric Swalwell has served Rep. Mo Brooks with a lawsuit holding him responsible for the Jan. 6 Capitol Hill siege.

Swalwell had difficulty locating Brooks for three months, even petitioning a judge for a 60-day extension after lawyers claimed Brooks had eluded their calls and emails since March 5, but representatives for Swalwell "finally" served the complaint to Brooks's wife in violation of local laws, the Alabama Republican said Sunday night.

"Well, Swalwell FINALLY did his job, served complaint (on my WIFE). HORRIBLE Swalwell’s team committed a CRIME by unlawfully sneaking INTO MY HOUSE & accosting my wife! Alabama Code 13A-7-2: 1st degree criminal trespass. Year in jail. $6000 fine," Brooks tweeted, teasing that there would be "more to come."
. . .
In addition to Brooks, Swalwell sued former President Donald Trump, Donald Trump Jr., and Rudy Giuliani on March 5 over the Capitol breach, saying all four were guilty of "conspiracy to violate civil rights," "incitement to riot," and terrorism, according to the lawsuit filed by Swalwell in Washington, D.C., federal court.

The California Democrat seeks monetary relief and is asking the court to grant punitive damages for emotional distress.

To be fair, Swallowell is emotionally disturbed, but it started long before Jan. 6. CNN hosts Liz Cheney: Trump inciting January 6 riot 'the most dangerous thing' a president has done and CNS News hears that Adam Schit claims ‘Trump and His Allies in Congress…Took Action After Action to Undermine Our Democracy’

Human Events has an  AUDIT UPDATE: Maricopa County Ballot Recount Ramps Up, More Than 60 Percent Complete, but no word on results. They also report Nevada Takes Step Toward Making Election Fraud Part of the Normal Process

Under the new Nevada law, every registered voter will receive a ballot for all elections unless they opt out by submitting a written notice. It also allows the clerks to verify signatures manually or electronically, and to establish requirements for an electronic device to verify signatures.

If the voter does not put a signature on the ballot or there is a question regarding the signature matching, the voter is allowed to provide a signature or confirmation no later than 5 p.m. on the sixth day after an election.

Is it just me, or does it feel like the teams in this scrum switched uniforms at some point between December and now? In the end, both Republicans and Democrats are claiming that we need an accurate measurement of November’s vote, but how and when that goal is achieved is a question that’s now been twisted up like a pretzel.

First, the Democrats insisted last November (correctly) that we had to wait for all of the votes to be counted. This was obviously frustrating to Republicans who viewed Donald Trump as having an early lead on election night and had been warning for months that the massive amount of mail-in voting was going to turn the process into a hot mess. That prediction proved prescient in a number of places, particularly in New York’s 22nd Congressional District, where a winner wasn’t declared for three full months, well after the rest of the congressional class had been seated.

If anyone wants to conduct a recount, they are engaging in “the Big Lie” or some sort of conspiracy theory, at least according to many Democrats and talking heads on cable news. But what’s the basis for making such a claim? If you honestly believe that all of the votes were accurately recorded and counted originally, wouldn’t an audit simply prove that you were correct and put the objections of the doubters to rest? The only alternative that comes to mind is the possibility that you’re suggesting someone is “rigging” the audit to obtain a different result. But if that’s the case, aren’t you doing exactly what some Republicans claimed when they alleged widespread fraud, either through rigged voting machines or tampering with the counting process at polling stations?

Vince Conyer at Am Think thinks about What if Proof of 2020 Presidential Election Fraud Develops?

So let’s imagine that somehow, integrity rules the day and both states under audit produce rock solid proof that the election in their states was stolen; what then? Technically, nothing. Arizona had 11 electoral votes and Wisconsin had 10. Together they represent 21 electoral votes and Joe Biden was declared winner by 74 votes. In order for anything to change there must be a difference of at least 38 votes flipped from Biden to Trump.

But let’s say even one of those states produces demonstrable proof of election fraud. At that point the Republican legislatures of other battleground states that exhibited strange activity on election night… Georgia, Pennsylvania, and Michigan would be under a great deal of pressure to look into the integrity of their own elections. Suddenly, with an additional 52 electoral votes in play, things look a bit different.

Let’s further assume that the legislatures of Georgia and Pennsylvania determine that there was sufficient fraud in their states to flip the state’s vote to Donald Trump. With Arizona and Wisconsin those states would bring the total to 57 electoral votes flipped from Biden to Trump, changing the totals to 249 to 289 and leaving Trump with a majority.

What then? Can a state reverse its electoral vote after certification and counting? Can states recall their electors post inauguration? Can Congress meet and redo the vote count six months after an inauguration? None has ever been done and there is nothing in the Constitution about doing so. Can the House impeach the President for the fraud? Even if the GOP controlled the Senate a conviction would be unlikely because there’s probably little to connect Joe Biden with the actual fraud done on his behalf.

Can the Supreme Court order a new election? While the Constitution gives the Court no such power, in the Bizarro world of modern America that certainly seems to be no barrier. It is unlikely, however, as the Justices had two clear opportunities to resolve this problem and did nothing. When Pennsylvania Republicans sued seeking to throw out the clearly unconstitutional changes to voting law, the Court demurred. Unconstitutional changes such as these are of course the very basis for the Texas lawsuit that the Supreme Court refused to hear after the election. One state allowing their election to be stolen does indeed negatively impact the rights of citizens of another state if that activity results in a fraudulent president who runs the government of the United States under which all American citizens are governed.

Once the fraud has been demonstrated, America is going to find itself in a situation where it doesn’t appear that there is any Constitutional remedy in place. Are Americans simply supposed to acquiesce to the theft and allow the fraudulent president to be the actual president for the next three years?

No. That would be like a thief stealing your identity and looting your bank account and then once discovered, being allowed to keep it because, as we all remember from elementary school, “possession is 9/10ths of the law.” That was wrong in elementary school and it’s wrong in the Oval Office.

Passed at the annual convention on Jekyll Island this weekend, the resolution claims the secretary of state and current Lieutenant Governor Geoff Duncan “denied that there was election fraud and punished Georgia Republican State Senators who asked for election audits.”

Rick Moran at PJ Media writes  Democrats Barely Held Onto the House in 2020, and They're Not Learning Their Lesson... but Harry Entnen at CNN  thinks of Why Democrats may defy history and win the 2022 midterms. Opinions are like assholes... 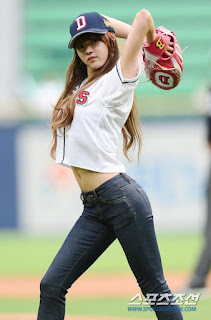 
On the heels of a business advocacy group filing a $100 million lawsuit against Major League Baseball (MLB) for moving its 2021 All-Star Game out of Atlanta, a former attorney general filed a brief in support.

Former Attorney General Edwin Meese III, a fellow at The Heritage Foundation and a Reagan administration member, filed an amicus brief Monday in New York. The effort was brought about by The Job Creators Network, which announced its federal suit against the MLB, the player’s union, union executive director Tony Clark, and MLB Commissioner Rob Manfred in June for the league relocating its game.

“MLB robbed the small businesses of Atlanta – many of them minority-owned – of $100 million, we want the game back where it belongs. This was a knee-jerk, hypocritical, and illegal reaction to misinformation about Georgia’s new voting law which includes Voter-ID,” said Job Creators Network President Alfredo Ortiz in a statement prior.

“Major League Baseball itself requests ID at will-call ticket windows at Yankee Stadium in New York, Busch Stadium in St. Louis, and at ballparks all across the country,” Ortiz said.

Within 48 hours of President Joe Biden announcing he would “strongly support” the league boycotting the city of Atlanta, MLB took action. Meese argues in the brief, which was filed with the non-profit organization American Constitutional Rights Union, that the bill in question does not legitimately violate voter rights like leftist-backed institutions claim.

And at last, from Sundance at CTH, President Trump Says He Would Consider Ron DeSantis as Running Mate If He Decides to Run for President in 2024 OK by me.  Or DeSantis could just run himself.

The Wombat has Rule 5 Sunday: Quiet, Please ready and waiting.