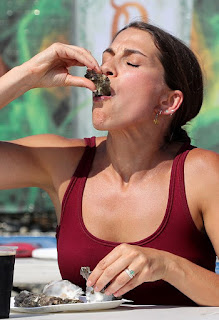 The market-size oyster population in Maryland rose slightly over the past year, and spat estimates increased to the highest level in the previous 20 years, according to the Maryland Department of Natural Resources’ 2021 Oyster Stock Assessment Update released Tuesday.

But even with this recent population growth, areas of the Choptank and Tangier Sound are experiencing overfishing, according to the statement. As the state’s oyster population has increased, so has the number of commercial oyster licenses. License surcharges have increased from 822 in 2018 to 1,239 in 2020, according to DNR data. 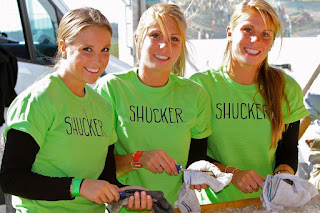 It's a good sign, but it's far to early to call the oyster population recovered.

DNR previously restricted commercial oyster harvesting on Wednesdays to try to reduce overfishing. The overall harvest increased annually despite DNR changing regulations before the 2019-2020 oyster season—from 145,332 bushels in 2018-2019 to 332,946 bushels in 2020-2021.

DNR estimated this year there were about 100 spat per bushel of oysters, which is lower than the recorded high of 276 spat per bushel in 1997. That year’s spat set helped the market-size oyster population increase in 1999 to the highest levels recorded in the period covered by the stock assessment. However, due to a disease outbreak oyster populations quickly declined and reached record lows by 2003. Oyster population levels in Maryland remain at historically low levels.

Allison Colden, the CBF’s Maryland fisheries scientist, said the news about the spat was encouraging, but overfishing still could pose a threat.

Like most wild aquatic populations, oysters show significant year to year variability in their success. One good year doesn't a recovery make.

The Wombat managed to squeeze Rule 5 Sunday: 2D > 3D? in under the wire.