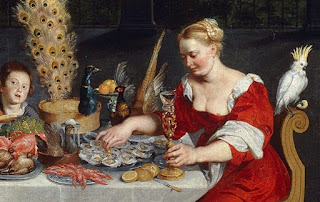 The study, just published in Scientific Reports, a peer-reviewed research journal, concluded that a highly virulent form of Perkinsus marinus, the parasite that causes the Dermo disease, emerged in the 1980s to devastate oyster populations in the Chesapeake Bay.

Researchers had thought drought, which increased the saltiness of the bay, made oysters more susceptible to Dermo.

“The lesson is that pathogens like P. marinus are highly dynamic,” said Ryan Carnegie, the Virginia Institute of Marine Science marine biologist who is lead author of the paper.  “Our disease surveillance must be attentive to any changes that may occur. This includes the emergence of more virulent strains, or variants that may have different forms or life histories than we expect,” Carnegie said.

The researchers found that the change that made the Dermo parasite deadlier wasn’t drought, but rather the arrival of the non-native MSX parasite, first seen in the bay in 1959. Oyster populations plunged to history lows in the 1980s, as the infection took hold. Dermo weakens oysters, often enough to kill them. Infected oysters reproduce less successfully.

“The oysters reached this level of devastation not because they were unable to deal with Dermo after decades, if not centuries or millennia, of exposure,” Carnegie said. “They hit rock bottom because they were challenged with a brand-new form of the parasite and needed time to adapt. And now they are adapting, which is key to the oyster’s recent recovery in the region.”

Before the mid-1980s, the Dermo parasite typically caused a chronic disease that killed about 30% of oysters, mostly older animals that had been exposed to the parasite for several years. “Around 1986, Dermo suddenly became an acute and profoundly destructive disease capable of killing more than 70% of host oysters within months of infection,” Carnegie said. The increased virulence of the Dermo parasite has persisted since then.

While early research showed the parasite’s deadliness increased in saltier and warmer water, Carnegie said, “We began to ask why more protracted and intense droughts in earlier years, before the 1980s, hadn’t produced a similar intensification of disease and why subsequent wet periods didn’t return the parasite to the low levels of infection characteristic of earlier years.” 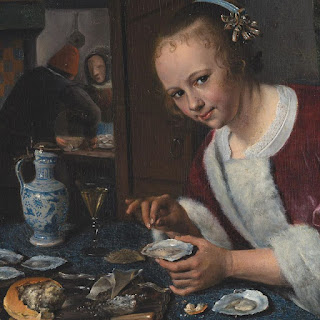 Because VIMS has tissue samples taken from oysters in 1960, the researchers were able to see changes over more than five decades.

They examined more than 8,000 paper-thin slices of tissue and found striking differences over that period, including a shift in where the Dermo parasite attacked, from connective tissue to the lining of oysters’ digestive tract. They also saw sharp decreases in cell size.

The biggest changes came in Chesapeake Bay oysters sampled in 1985 and 1986, when the modern variant increased in frequency from 22% to 99% of observations.

The researchers believe changes on that scale were a response to the devastating impacts of MSX, which killed more than 90% of Virginia’s farmed oysters by 1961, and slashed the harvest of planted oysters from 3,347,170 bushels in 1959 to 361,792 bushels by 1983, an estimated loss of 1.8 billion animals.

“A huge reduction in oyster abundance — like that caused by the arrival of MSX — would severely impact a parasite such as P. marinus that depends entirely on a single host,” Carnegie said. 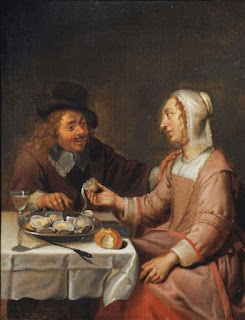 So the team found actual changes of the infectiousness, and site of infection of Dermo during the period. So we can call that a fact. They stretch a bit in linking it to the arrival of MSX. It's a reasonable speculation, but I can't really think of scientific way in which to prove the proposed mechanism. The scientific method is a wonderful thing, but sometime it just doesn't work. You can't replay the past with different scenarios.

This is of particular interest to me because, when I arrived in Maryland in 1985, I soon became enmeshed in a number of studies on oysters, including a population survey that was carried out annually in the waters off the nuclear powerplant (and a couple of other "control" areas"). Hence, I was there watching, as the oysters suffered they suffered they're lowest point. (Oysters had already been drastically reduced from their 19th century numbers by "oyster mining" and concomitant oyster reef destruction).

It's a hopeful thing that the team believes that oysters are evolving to adapt to the new version of Dermo, and presumably MSX.