Election 2020: Everybody has Audit Fever 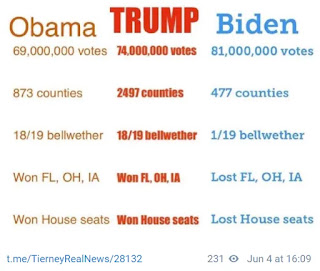 Stu Cvrk at Red State, A.U.D.I.T. of Elections: Hot and Getting Hotter!


It’s not just Arizona and Georgia that are shining klieg lights on “election irregularities”! Over the past week, a total of 11 states have made election news. In addition, there are national newsmakers (including the Democrat-media complex dragging out the “big guns” to try to squelch any talk of election forensic audits). But before we get started with the summary of recent reports, this is a poignant reminder that the logic of the Hologram’s victory escapes most rational people. Certainly, no one in the Democrat-media complex has taken a stab at explaining this chart (courtesy of Tierney Real News) ->

The 42-page brief contains new findings within the data forensics of the county. Two larger items include the remote log-on of the system by someone anonymous who was not at the election office. The implication is that the system was connected to the internet; and the user did not have to enter identifying credentials for their entries.

The second larger item is the identification of modifications, specific irregularities, of the ballots outer markings that led to a rejection of the ballots and the need for adjudication. [Full pdf is here]

Also, AG Merrick Garland Announces The DOJ Will Scrutinize any Post-Election Audits for Evidence of Voting Law Violations. And if they can't find any, they'll make some up. They must be pretty scared about the results. Also from WaPoo, Garland announces expansion of Justice Department’s voting rights unit, vowing to scrutinize GOP-backed voting restrictions and ballot reviews as Rueters claims Trump-inspired death threats are terrorizing election workers. I'll need better evidence; there have been too many faux hate crimes.
Out of nowhere from Da Hill, Lindsey Graham claims Dismissal of Wuhan lab leak theory cost Trump 2020 election. And a competing theory via Ace, Drew Holden: The Media's Lafayette Park Propaganda Was the Key Lie That Put Biden Ahead In the Polls. Da Mail, CNN's Jim Acosta is accused of peddling fake news after trashing report that cleared Trump over Lafayette Park tear gas crowd-clearing incident and another denier at Da Week, Trump's false Lafayette Square exoneration. If the truth don't fit, print the lie! WaEx, Caitlyn Jenner refuses to confirm Trump lost 2020 election. Good for him/her! From the Wombat's In The Mailbox: 06.11.21, Christopher Bedford at Da Fed, The Media Didn’t ‘Get It Wrong’ On Lafayette Park, They Lied To America — And They’re Still Lying.
From the Wombat's In The Mailbox: 06.11.21, Julie Kelly at Am Great has Letters from a D.C. Jail "The rule of law for anyone involved in the events of January 6 has been flipped on its head by the U.S. justice system; defendants are presumed guilty before proven innocent."

We are charged with every possible offense and held in the DC jail on solitary [sic] confinement and treated inhumanely. For example, a correctional officer from a different pod came to C2B screaming at us late at night on 6/1/21 because we had just sang ‘God Bless America’ [sic] from behind our locked doors like we do every night. Being as we are on lockdown 22 hours a day it’s nice to keep morale up through patriotism. When [name omitted by American Greatness], my next door neighbor, informed the officer that we were just singing ‘God Bless America’ the officer responded by yelling, ‘Fuck America!’

After the officer left the pod for several minutes he came back in through the back door with another guard, walked upstairs, and opened [name omitted]’s door to go inside with him. I believe 2 other guards came up the other stairs to stand near [his] door as well, although I could not see them. I live right next door so I listened through the vent to the officer threaten [him], ‘Shut the fuck up or I will beat your ass!’ and, ‘Fuck you!’

[He] sounded like he was explaining himself and pointing out how obviously inappropriate the officer’s behavior was. And acknowledging that the officer’s camera was clearly turned off.

I am concerned for the safety of myself and my fellow Capitol rioters here in the DC jail. We are locked down all day and threatened with violence regularly. We all know that getting our hands tied together and being beaten is something the DC jail officers have already done to Capitol rioters in this pod.

Solitary Confinement and beatings. That is our reality. When will the inhumane treatment end? I just want to let everyone know the reality of how we are treated in this place. Left wing rioters are not even held in jail. Much less subjected to the harsh and inhumane treatment my fellow Capitol rioters and I have survived under so far this year.

Joe Hoft at Gateway Pundit, DEEP STATE DOJ and Corrupt Politicians Are Refusing to Release Thousands of Hours of Video of Jan 6 at the Capital – Is This Short VIDEO the Reason Why? It certainly seems to show a paramilitary team making the initial entry. Antifa? Who knows, have they been identified?

They can say what they want, but there is no way in hell these are Trump supporters. Trump supporters never dressed in black – Antifa always does. These instigators also carried in Confederate flags, something never seen at Trump rallies. These guys were coordinated.

Human Events, CloutHub CEO Weighs Legal Action Against Blogger For 'Dishonest' Charge Of Role In Capitol Riot. WSJ wonders Why We Can’t Move On From Jan. 6 "If you weren’t appalled by what happened that day, you have given up on American democracy." Da Caller, ‘Wild Attack’: Braun Questions Why DNI Identified ‘Abortion-Related Violent Extremists’ As Principal Threat, But Not BLM And Antifa

Insty, DISPATCHES FROM OUR NEW WOKE ARMY: Army LTC to Troops, “If You Are a White Male You’re Part of the Problem.”


LTC Andrew Rhodes the commander of the 1st Battalion, 8th Infantry Regiment, is under scrutiny for remarks against white males made to his troops. The controversy began with screenshots of direct messages between the owner of an Instagram account @terminacwo, which is run by three former Army warrant officers, and soldiers serving in the 1-8 under LTC Rhodes.

The regiment Rhodes commands is also known as “the Fighting Eagles” and has a distinguished combat record going back to 1838. It is assigned to the 3rd Regimental Combat Team of the 4th Infantry Division stationed at Ft. Carson. 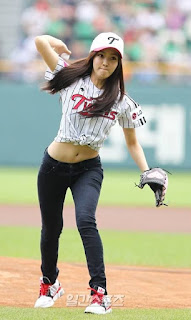 The Volokh Conspiracy reports Judge Denies Request for Injunction to Keep Baseball All-Star Game in Georgia. To be fair, they voted poorly.

Put aside Harrison’s dishonest spin on the bill itself, and just marvel at his political ineptitude instead. Manchin is the only man standing between Mitch McConnell and control of the Senate floor. The massive shift in Manchin’s home state puts enormous pressure on him to flip parties anyway. And now the chair of Manchin’s own political party is calling Manchin a traitor not to the party but to America on national television for not supporting progressives’ performative bill — which has no chance of passing the Senate even with Manchin’s vote.

Harrison probably shouldn’t count on Manchin’s vote for the Green New Deal, either. Can’t wait for Harrison to call Manchin a traitor to the planet when that happens.

So will this push Manchin into flipping? It probably should, but Salena Zito says to quit wishing for a Manchin-led GOP majority. Manchin won’t get chased out of the Democratic Party, and he won’t get bullied into votes either. Manchin doesn’t want a plum committee chair assignment — he wants to make the Senate work again. . .