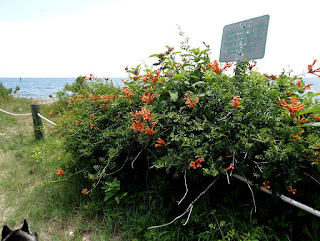 A huge Trumpet Vine bush, with a few other things mixed in swallows a sign by the beach 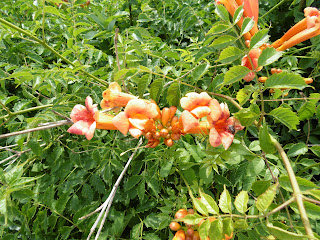 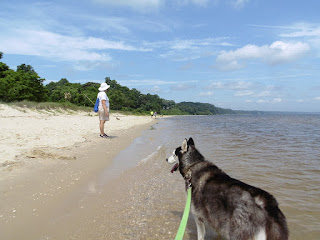 Although today was mostly cloudy, and a touch windy with the passage of what used to be Tropical Storm Claudette to our south, this photo caught us in one of the few sunny spells. 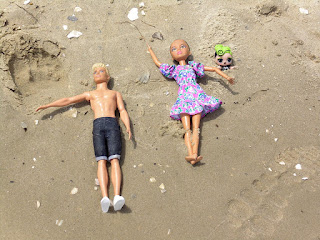 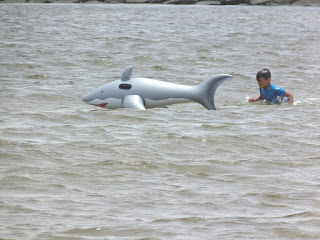 Shark attack! Actually, the little boy was desperately trying to catch up to his float toy, which was getting away in the breeze. He was unable to catch up. 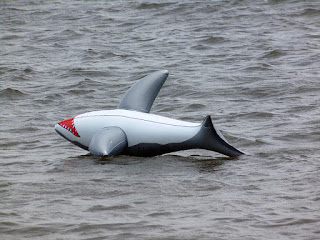 Even as the shark went belly up. 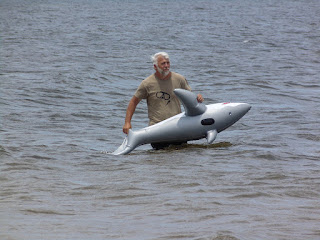 But a nice older guy waded out and intercepted it before it got blown too far down the beach. 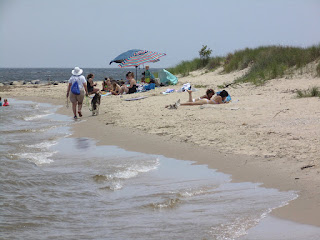 Almost done!
A terrible day for shark's teeth; between a very high tide, and a good chop, it was hard to find much, but we managed 6 shark's teeth, the usual crab clay and a Tilly bone.