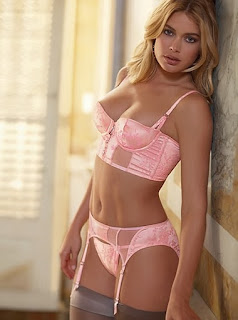 Most of us have adjusted to this reality. We’ve accepted our fate. We’re never going to be at the apex of human beauty, and nobody’s ever going to pay us to walk around in sparkly underwear. We’re not Swedish supermodels, but despite our aesthetic deficits, we manage to carry on, and for most of us — we, the non-Swedish non-models — our disadvantage is something we don’t even think about. We admire the beauty of those who have it, rather than resent our own lack of it. 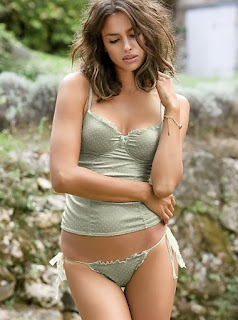 Because we are not feminists.

In 2001, the Victoria’s Secret Fashion Show got 12.4 million viewers, which is about 10 times the audience for CNN, because nobody wants to watch Brian Stelter walk around in sparkly underwear. By 2018, however, the Victoria’s Secret audience had dwindled to less than 4 million, and it was cancelled (unlike Brian Stelter, who continues to have a show on CNN that almost nobody watches). So no more Elsa Hosk strutting down the runway in lacy lingerie — a victory for feminists. Just to put an exclamation point on this destruction, however, now Victoria’s Secret has decided to “rebrand” itself by hiring a bunch of ugly women: 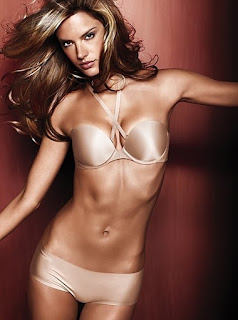 It was once one of the most glamorous brands in the world, known for its catwalk show of sexy, slender models, who would train for months to ensure they looked the part.
But after facing years of plummeting sales figures and ongoing backlash over its lack of diversity, Victoria’s Secret has finally succumbed to its critics by coming up with a new way of promoting the brand after its famed catwalk show was cancelled in 2019.
The lingerie giant has unveiled its new ‘diverse’ line-up of spokeswomen, which includes Priyanka Chopra Jonas and Megan Rapinoe.
Indian actress Priyanka, 38, who is married to singer Nick Jonas, and LGBT advocate and footballer Megan, 35, join a roster of other diverse ‘leading icons’ that have been recruited to ‘shape the future of the brand’, Page Six reported on Wednesday.
A source told the publication that the women won’t be posing in lingerie, but will ‘instead appear on a podcast and in marketing materials for the recovering brand.’ 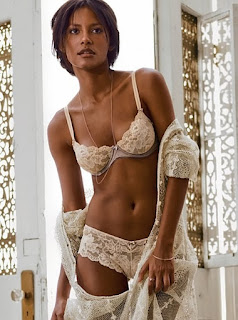 Priyanka and Megan will reportedly join Sudanese-Australian model Adut Akech, freestyle skier Eileen Gu, Brazilian transgender model Valentina Sampaio, plus-size model Paloma Elsesser, and journalist Amanda de Cadenet, who is set to host a 10-episode podcast where the women will share their stories. . . .
[Martin] Waters, who was appointed chief executive in February after serving as head of Victoria’s Secret’s international business, told the New York Times that the brand ‘needed to stop being about what men want and to be about what women want.’
He added: ‘I’ve known that we needed to change this brand for a long time, we just haven’t had the control of the company to be able to do it.’ 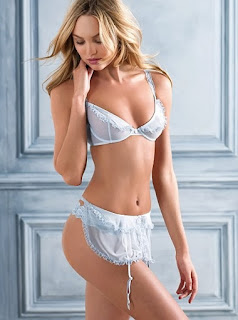 Anyone who expects this project to succeed is welcome to offer a wager. If you really think Victoria’s Secret is going to do better with transgender models, fat women, and purple-hair lesbian soccer players than it did with Swedish supermodels, put your money where your mouth is. But obviously this “rebranding” isn’t about saving the company, rather it’s about destroying the company — the ultimate “Get Woke, Go Broke.”

I recall VS being quite diverse racially and nationally, but not especially diverse regarding beauty. They were all drop dead gorgeous (a few examples are included for instructive purposes only), and will be missed. But I'm confident that in time, others will fill the niche (Agent Provocateur is already there).