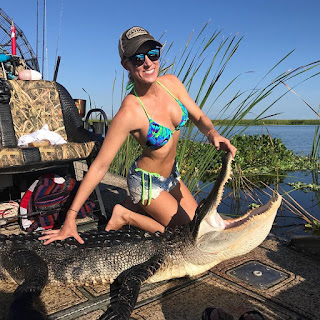 
A Maryland man says he hunted and killed a nearly 8-foot alligator that was lurking near the Chesapeake Bay from a kayak with his son and then ate it.

The duo went out on Father’s Day and tracked down the gator, fearing it posed a danger to pets and humans, alligator hunter William Adams said.

“I’m from Maryland so I’m not used to that,” Adams said. “I knew that it shouldn’t be there and I needed to get it out of there.”

The alligator was found in a pond near Driftwood Beach, not far from Adams’ home in Lusby. 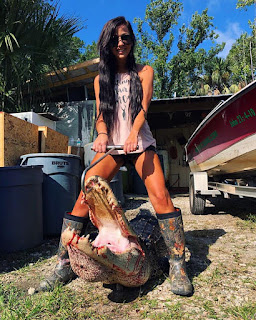 Driftwood Beach is in Chesapeake Ranch Estates, aka 'the Ranch Club', a few miles south of us, and near a small lake formed by a dam/sandbar across a natural creek area. I went fishing there once.

It’s unclear how the 7-foot, 6-inch gator ended up in Maryland. Adams thinks someone may have got it as a pet, then abandoned it. It is illegal to possess or purchase an alligator in Maryland.

But there were rumors of an alligator near the Chesapeake Bay as far back as 2016. 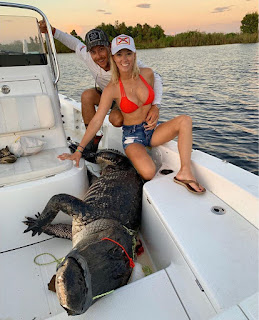 Just because Alligators don't live in Maryland naturally doesn't mean they might not survive here if released. Our weather isn't that dissimilar from North Carolina. It just may be that the chances of successful reproduction would be small, and a population could not successfully form.

Adams said he was a little scared when he and his son went out on a kayak with chicken breasts hooked for bait. When the time was right, he says he used a crossbow to kill the alligator.

Adams plans to have the alligator skin mounted and ate the meat for dinner.

How did it taste?

“Really good,” with the taste of chicken and texture of beef, he said.

But with global warming, maybe we have chance. It would be a small price to pay for Tarpon.

The Wombat has Rule 5 Sunday: Cottagecore Is The New Black on time and under budget at The Other McCain.